I love gyokuro and drink it at least several times a week. I’ve seen various opinions posted here and on other sites about style and clay and I’ve experimented with a variety of different clays and shapes. Right now my favorite is a 50 ml mixed porcelain Korean Pot that I purchases when Tead Off was selling tea ware ia Teaware Online.

I’m thinking about buying a small Banko pot but I’d really like to know what other people here find give them the best results. 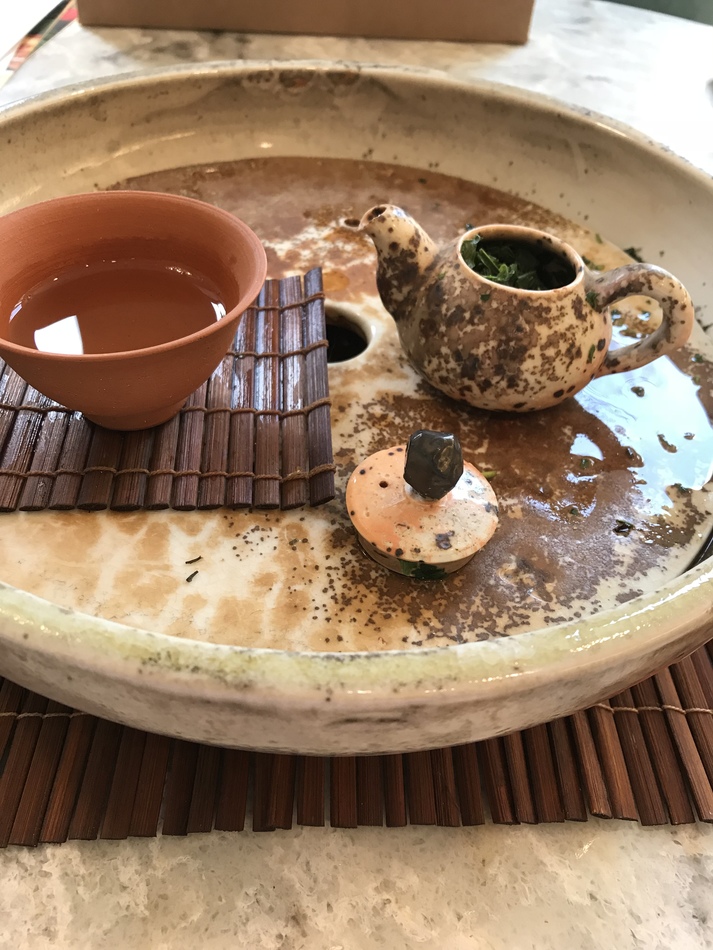 i've never had a banko kyusu. i like using a hokujo shiboridashi for gyo
Top

Typically gyokuro is brewed with a wide opening vessel like a shiboridashi or houhin. And the lid is often left off while brewing. The wide opening prevents overheating and allows viewing of the precious leaves.

I typically use a houhin because I have ... an abundance of them. I recently after all these years finally purchased my first "shib" by Hokujo.

Problem ... or benifit with most shibs is they are typically very low volume. Thus I prefer houhin which are often larger but still small enough.

Also, since I usually only have gyokuro on hand for a few months each year leading up to shincha. So I never compared clays much. If a houhin did not brew a satisfactory session, I would just move on to another.

Tokoname, Banko, Hagi are my primary go to clays ... but each can vary quite a bit. For instance, each tokoname potter uses seemingly different clays.
Top

Is the height more or less the only difference between a shibo and houhin? Can both of them also be called an easy gaiwan?
Top

Did I mention that I have TAD (teaware addiction disease)? I just counted 5 shibs and 4 hobins in my teaware cabinets. I did learn to brew gyokuro on Teachat following instructions from Kevin of O-Cha but I’ve been forgetting the part about leaving off the lid. I put it on for the photo because the glaze is so pretty. This is a 60 ml shib from Andresz Bero.

I’m still interested in Banko clay but clearly it’s not an emergency. 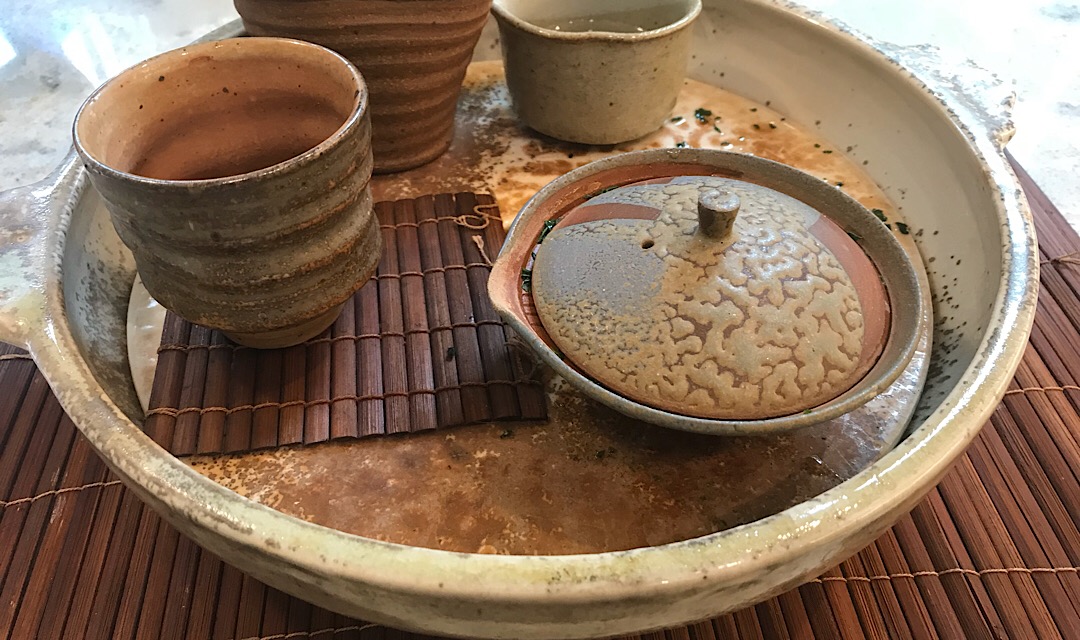 Thanks for clarifying, I'm just a noob on Jap teas & teaware, do plan to get into it sometime in the future though.
Top 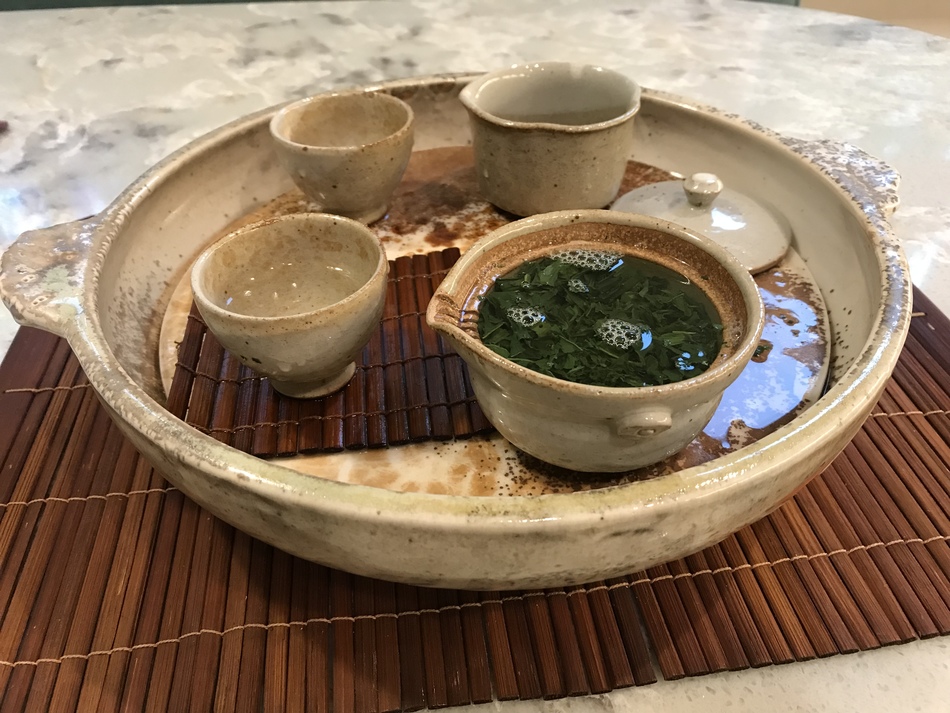 My first shiboridashi. I purchased the set from O-Cha when they reopened after the tsunamI. I’m getting very good results even though the shib is glazed. Maybe technique is more important than clay.
Top

I personally prefer glazed teaware for gyokuro and unglazed for other Japanese teas. It’s a personal preference as I really don’t want clays altering the flavor of gyokuro. I’m more forgiving with sencha and enjoy trying different clays with them.

I hear people sometimes say that a shiboridashi allows the leaves to expand more than in a houhin (or even a large kyusu) but I see no merit in this idea. The leaves open prefectly well in all but the narrowest teapots.

A humble kyo-yaki houhin like this works perfectly well. It’s one of my favorite pieces despite being made by an unknown potter. I treasure it as much as my famous name teapots. 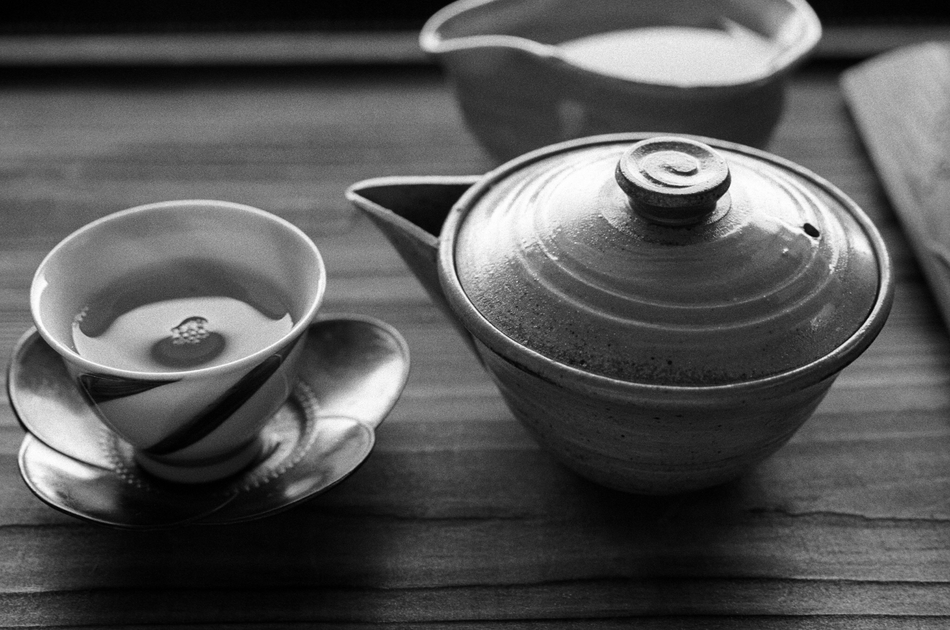 Nice set. It looks like it's inspired to the work of Miwa Kyusetsu X.
Top
Post Reply
11 posts • Page 1 of 1