“What kind of filter do fully handmade teapots have?” “What kind of filter is best?” “Should teapots with ball filters be avoided?” We address some of the more common questions about filters for Yixing Teapots in this week's blog entry.
.
.
https://www.mudandleaves.com/teatime-bl ... ter-phobia
.
. 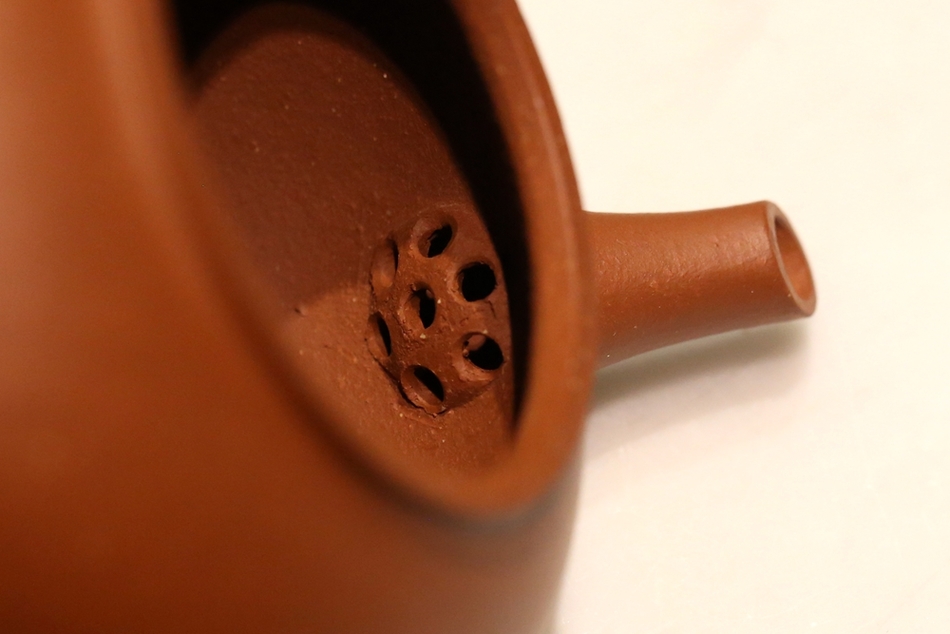 Interesting article. Is there such a thing as ball filter phobia? I guess there is, as customer feedback likely prompted you to write that blog entry.

Personally, I belong to the single hole faction, the spout clogging really is a non-issue if one adapts the brewing style as you said. One caveat of course – sencha-like teas probably really do warrant a filter of some sort.

But I do not mind if a pot has one, as long as the holes are properly aligned with the spout exit, which if they are not, is a real issue. Or if the holes slow down the pour too much due to the overall spout design.

Some people say ball filters promote clogging with some teas, which I personally have never experienced. in my opinion a lot of clogging happens because people rinse their tea > leaves still light and not extended > float around get into spout/holes and then expand there > clogging.

I do not rinse, so that rarely ever happens to me.

What is other people’s experience?
Top

I tend to like single hole filter for yixing zisha pot, and multiple holes for ceramic pot. I do have modern zhuni pot about 100 ml with ball filter that I brew Taiwanese Oriental Beauty, maybe it’s the type of tea, it works well.
Top
Post Reply
3 posts • Page 1 of 1