@debunix Wait is this the creation of a new aging process? I'll box up some cakes and send it to Shanghai and by the time I get it back it will be ready for drinking

Then I get it, send it back again and now its a cake worth a lot of money. Don't tell anyone about this...
Top

Sorry, I wasn't clear. The shipping back and forth was all in 2011. I've had the cake since then in my trunk.
Top

I prefer @klepto’s version of your tea’s journey

@Justin Glad you’re enjoying the tea! I think the Lan Yin is excellent for its price

My first thought was trunk of car and I was thinking ok, I can do that. You mean some storage trunk?
Top

An old luggage trunk.....not good storage because it does have a bit of its own trunk funk smell....and I’ve made no attempt whatsoever to control the humidity inside it. I owe my small collection of cakes something better.
Top

I prefer klepto’s version of your tea’s journey

Justin Glad you’re enjoying the tea! I think the Lan Yin is excellent for its price

Lool, I still have a missing package that was sent to me back in Jan that I never got that came from the UK. I might need UPS to trace that one.
Top

2003 Henry Serious Formula (Taiwan storage) - might just be the frame of mind but this is really hitting the spot today. Probably the best session with it so far, its brighter today than it has been recently.
Top

First time drinking 2011 Yunnan Sourcing "Chen Yun Yuan Cha" Raw. Also first time breaking into a 400g cake (showed it to my wife and she was like “wow, how much is that!?”. Haha pretty inexpensive actually ($72) when you consider its good for 60-80 sessions . 60-80 crap teas or god forbid lattes at Starbucks...hundreds!

Cake was easy to break into; I worked from the outside in to get a good balance of leaves.

Leaves were fairly small after first brew (100g Gaiwan). Nice aroma but not as powerful as others. Aroma fades over subsequent steps though flavour stays put. Very little if any astringency. Has a balanced profile between earthy and smoky, a little bite at the back of the throat, it lingers for a while. Also flavours that make me think of flowers and hints of minerals. Tastes like Sheng that is starting to get into the aged category versus new or heading there; it’s there, but just so.
Top

I've been making my wife order good coffee beans from local roaster. That way I can justify buying all the tea that I do. I actually had an order for YS about ready to go. Added this tea. Seems odd that I'm ordering all sheng, but they have a sheng sale going on.
Top

Noonie wrote: ↑
Sun Aug 09, 2020 2:37 pm
FTastes like Sheng that is starting to get into the aged category versus new or heading there; it’s there, but just so.

I need to do a run through all of my sheng to see how it is doing. And I need to give it better storage.
Top

And an overnight infusion, plus some hot water to refresh it, and the Nannuo's final gift is still lovely.
Top

Hi everyone, thanks for having me, and I'm drinking a...

It was released in 2005, and if memory serves me correctly, stored since the early nineties in Hong Kong and for some time in Malaysia before being released under local branding. Purple Cane is a major player in the Malaysian tea scene. Colour is good now, deep red after a couple of hot washes to wake things up. I'm so glad I cracked off a bit of this because I was just wondering what to drink tonight when @OCTO sends me a text asking me how my tea day went. After a quick exchange, it was agreed that a mellow brew was just the order of the night. I had reconnected with OCTO only recently after almost 7 years since we last caught up. He's also the reason why I'm making this post, the first proper one here on TeaForum. We first met over at the other place, you know the one, and we started drinking tea together. I was known as Jedi then... 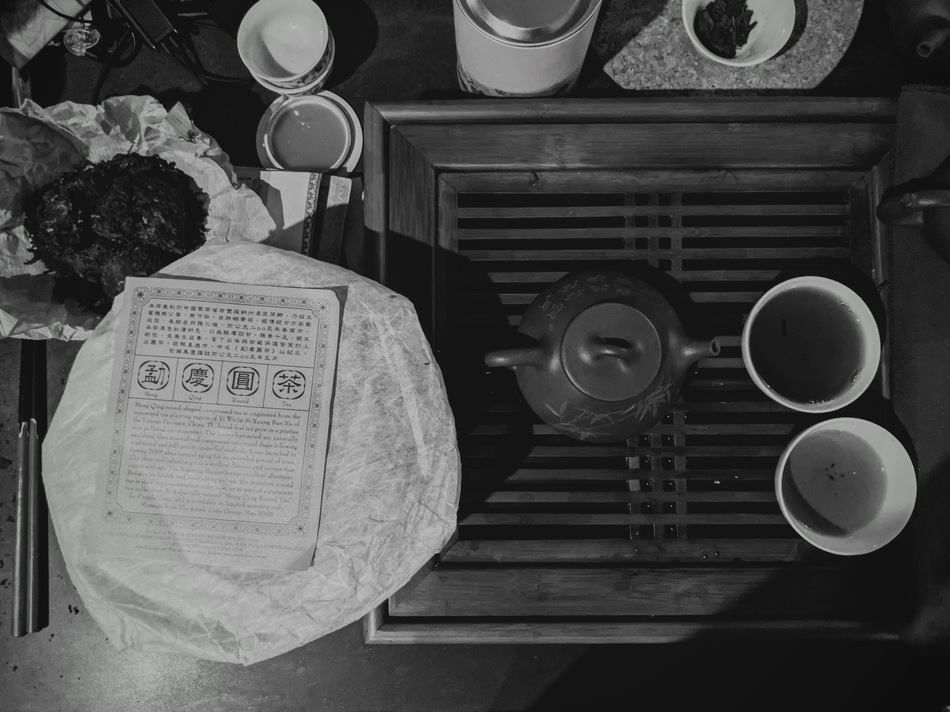 ...sorry, back to the tea... after two flash washes it poured from a mid orange to ruby after 4 paos and stayed there till 7 or so, before I had to punch it a bit timewise. Camphor and incense notes on the nose, root beer and earthy stone fruit in the mouth and a little sticky on the palate and throat. It's Tea Force, or Qi, or Aura or psychoactive effect is pretty chilled and chirpy. I don't really count paos when I'm drinking like this, and we are now into long steeps of over a minute and half as I get familiar with posting here, gosh it's been a while since i've been back on a forum of any sort... anyways, I'm super glad to be here! 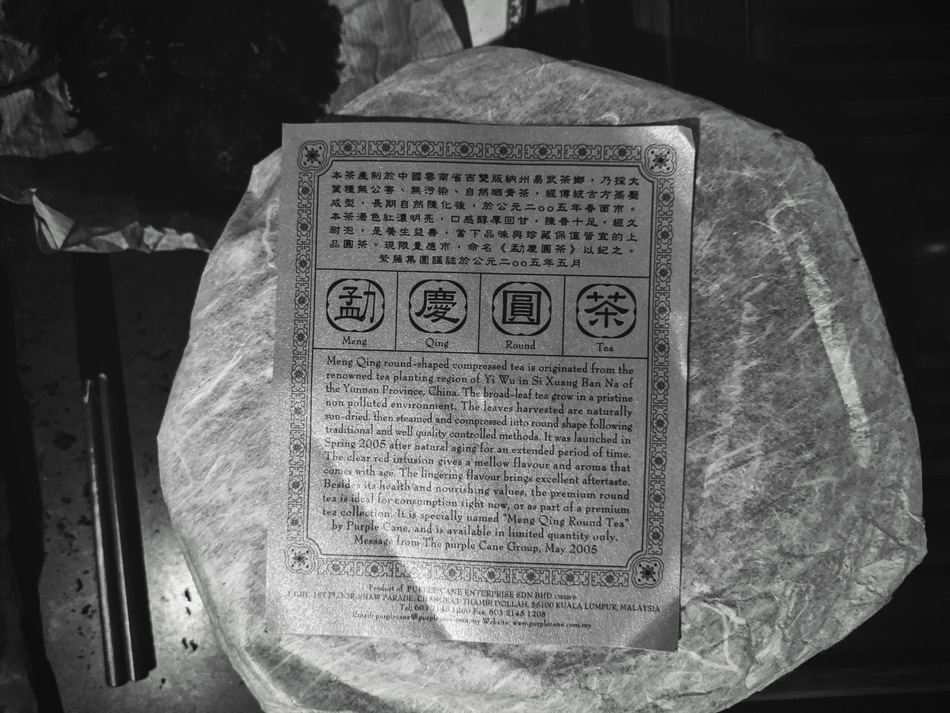 StoneLadle wrote: ↑
Mon Aug 10, 2020 11:27 am
...I had to punch it a bit timewise. Camphor and incense notes on the nose, root beer and earthy stone fruit in the mouth and a little sticky on the palate and throat. It's Tea Force, or Qi, or Aura or psychoactive effect is pretty chilled and chirpy.

Welcome to TeaForum @StoneLadle. Nice share and special to have tea friends too. Enjoyed reading your tasting notes.
Top

@StoneLadle I like the B&W photos, thank you for sharing. And welcome 'back' to forum land...it's pretty good here

@StoneLadle Nice setup you have there.

Tonight had some ZSL 2019 Ma Hei, it tasted more like a Wudong Xing Ren Xiang(Almond Aroma/Dan Cong) than raw puerh.
The almond aftertaste and the bitterness was intense