How to determine hagi

debunix wrote: ↑
Sun Jan 27, 2019 9:31 pm
These are some Yamane Seigan pieces from two different TeaChat Hagi offerings, and without feeling clumsy, they have a wonderfully sturdy solidity to them, that adds to their appealing shapes and colors. I feel very relaxed using these:

Lovely. They have a primordial look to them.
Top

Here is another beautiful Seigan piece 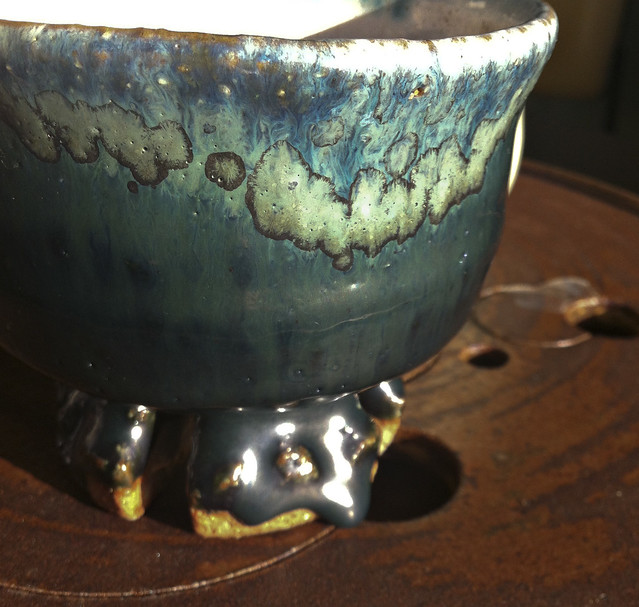 I have lost the memory of how this one broke....
Top

This is a really interesting discussion. It makes me realize how very different the old hagi was to the modern one. And the rather obvious fact that the ubiquitous old phrase "Raku first, Hagi second and Karatsu third" referred to a bit different ceramics than the one made today. With all the respect to the modern masters, what one calls an innovation, might often be merely a change in aesthetics. (Did the old masters not know how to create a thick glaze, or were they just not interested in it?).
Top

debunix wrote: ↑
Sun Jan 27, 2019 9:31 pm
These are some Yamane Seigan pieces from two different TeaChat Hagi offerings, and without feeling clumsy, they have a wonderfully sturdy solidity to them, that adds to their appealing shapes and colors. I feel very relaxed using these:

These are really nice.
Top

It's nice to have this discussion again as I think about past comments, in a previous forum. I have spoken to Hagi pottery artists while visiting Hagi and I find their methods, clay use and styles can vary enough that while it's not impossible to be able to identify their work as Hagiyaki, is is sometimes difficult. In Hagi, and maybe Saito-an best carries work reflecting the diversity of methods, clay use and styles (I can't seem to get to a live Saito-an website so I don't know the status of his shop. I have been meaning to email) and in the Association of Hagi Potters publication, trying to pinpoint what is a true Hagiyaki style is really besides the point. There is so much diversity between potters, generations, even father and son. Some artist are only doing figurative work, or specializing in that, rather than tea ware. Artists like Deishi Shibuya, and grandson Eiichi Shibuya, this more traditional Hagiyaki is recognizable, in both their styles. However Eiichi has done some very contemporary pieces that I would not have guessed they were his work.
Look at some of this work by Jusetsu Miwa (Kyusetsu XI)
http://www.hagi-yaki.net/kyusetsu/history_en.html
This distinguished lineage has culminated in some pretty radical Hagiyaki.
Maybe the discussion should be limited to traditional work, but if you're in Hagi even though it's steeped in history, maybe a bit frozen in history, those who are there, working and thinking and creating, I would assume want to be taken as seriously in terms of Hagi artists, even if their work diverges from traditional standards.
My thinking of Hagi has been this contemporary contrast of the traditional and new. It's almost like two different plants growing from the same kind of soil. Investigating the soil rather than the plants may be the way to go to find the definition we're looking for.
Top

To feed the discussion on how to determine Hagi-yaki, here are various effects that one can see on Hagi pieces: 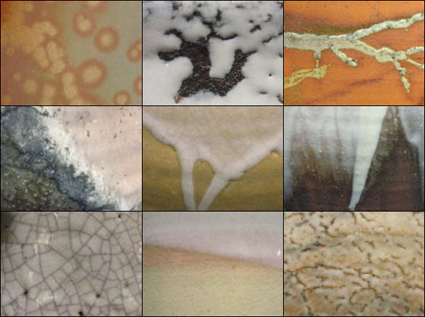 If I may follow Elise's lead, and show a few more Hagiyaki effects. I found it interesting to look at a piece for the surface, isolating the Hagi-ness. 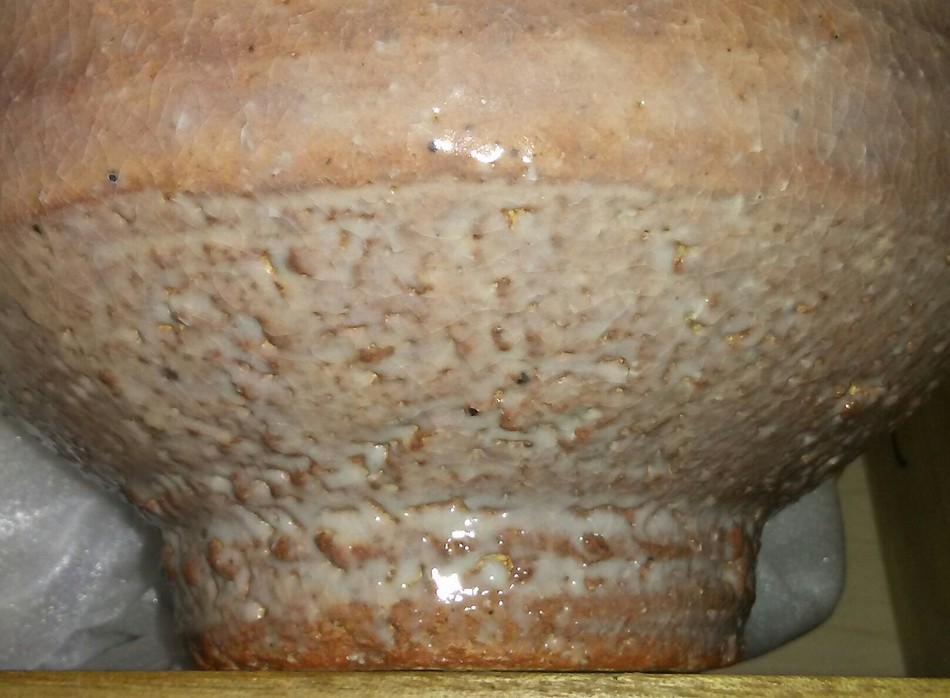 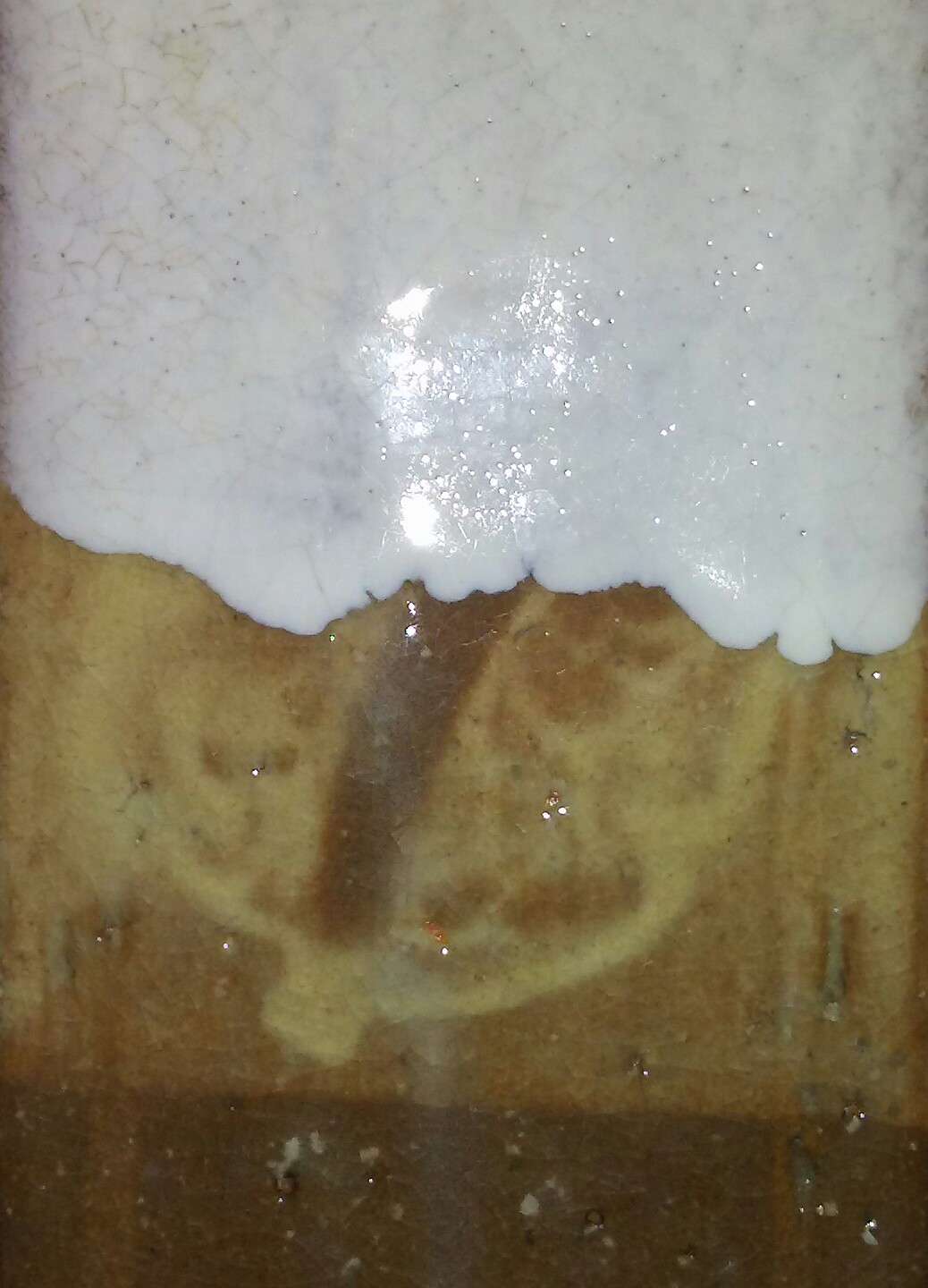 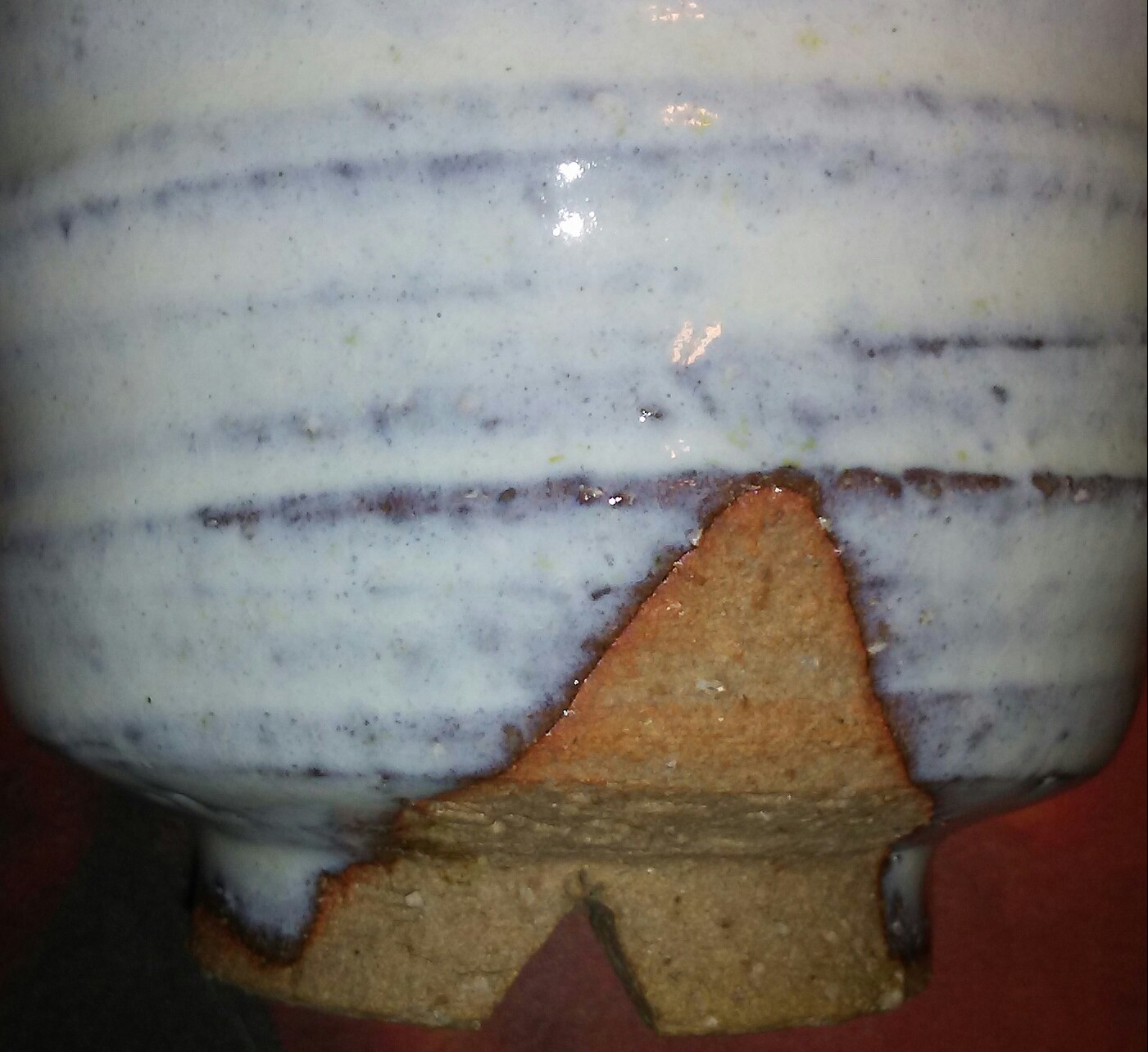 Those are lovely, @rdl
Top 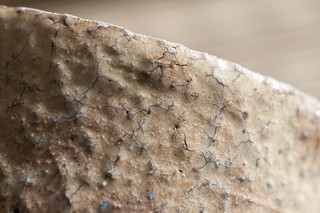 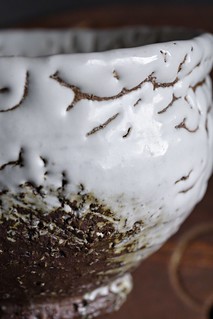 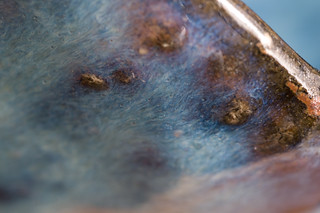 My son thinks these look gross, like infections and sores. I think that when pottery looks so convincingly organic it is a sign that it has crossed into true greatness.
Last edited by Baisao on Thu Feb 28, 2019 2:20 pm, edited 1 time in total.
Top

My mom thinks they look like they've been dipped in liquid marshmallow.
Top

Baisao wrote: ↑
Thu Feb 28, 2019 12:12 am
My son things these look gross, like infections and sores. I think that when pottery looks so convincingly organic it is a sign that it has crossed into true greatness.

I very much agree with the organic=greatness statement.
But to soothe Hagiyaki induced anxiety, maybe this cup will help. 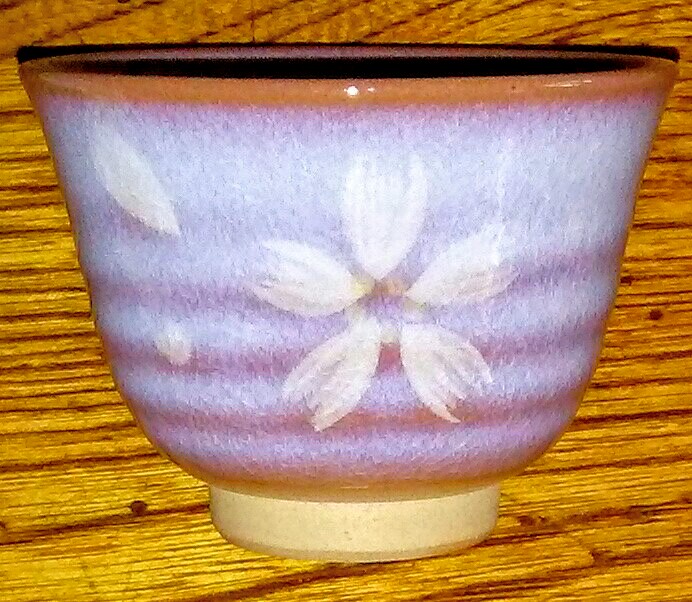