All the talk about Japanese clays got me remember I still had this cute little fella: It is a Tokoname Shudei backhandle teapot with some vintage on it. I am not 100% sure how old it is exactly.

It does not carry a seal chop, which is rare with Japanese pottery. However, general style, as well as some indications as to how it has been fired and in the craftsmanship, point to early Tokoname. Around the period when the Japanese started to imitate Chinese style teapots, but wheel-thrown, rather than slab built. The craftsmanship is good, yet not as perfectionist as later Japanese potters became.

Clay is the old, more orangey Tokoname Shudei. It is identical to examples of Jozan II I have examined in person. As the old stock of Tokoname has been depleted for a while, it is at the very youngest a contemporary of a young Jozan III(also see this article by Hojo: https://hojotea.com/item_e/teapot02e.htm , starting after "The Natural Red Clay in Tokoname"). The small size is a further indication of old age, as they grew progressively larger with the generations and development of the distinct Japanese way of tea.

This teapot has the perfect gongfu size and it is very, very rare to find old Japanese teapots in such a small volume. A perfect pot for anyone who wants to use Chinese brewing methods and/or teas, but with the effects of Japanese Shudei. Refer also to one of my posts on comparing Zhuni and Shudei.

From my personal experience and preference, it performs exactly in between Zhuni and Hongni. I did love Gaoshan and Japanese greens in it. I have not tried others with it, but I don't see a reason why other teas would fare less well.

Volume: it’s a little under 100ml, my tools are not precise enough to measure.

Condition: Some toolmarks and traces of the artisans work as appropriate. No visible hairlines. This item is in otherwise perfect condition. Refer to images for more details.

Price: 250$ (to be paid by PayPal in 7600 NTD currency)
Paypal fees and EMS shipping included. 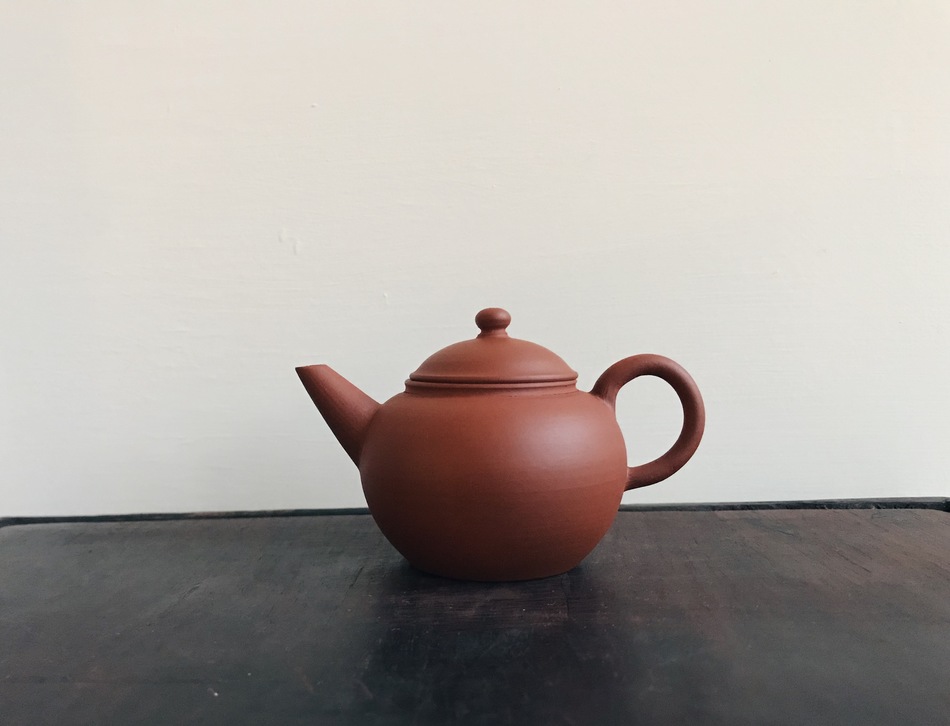 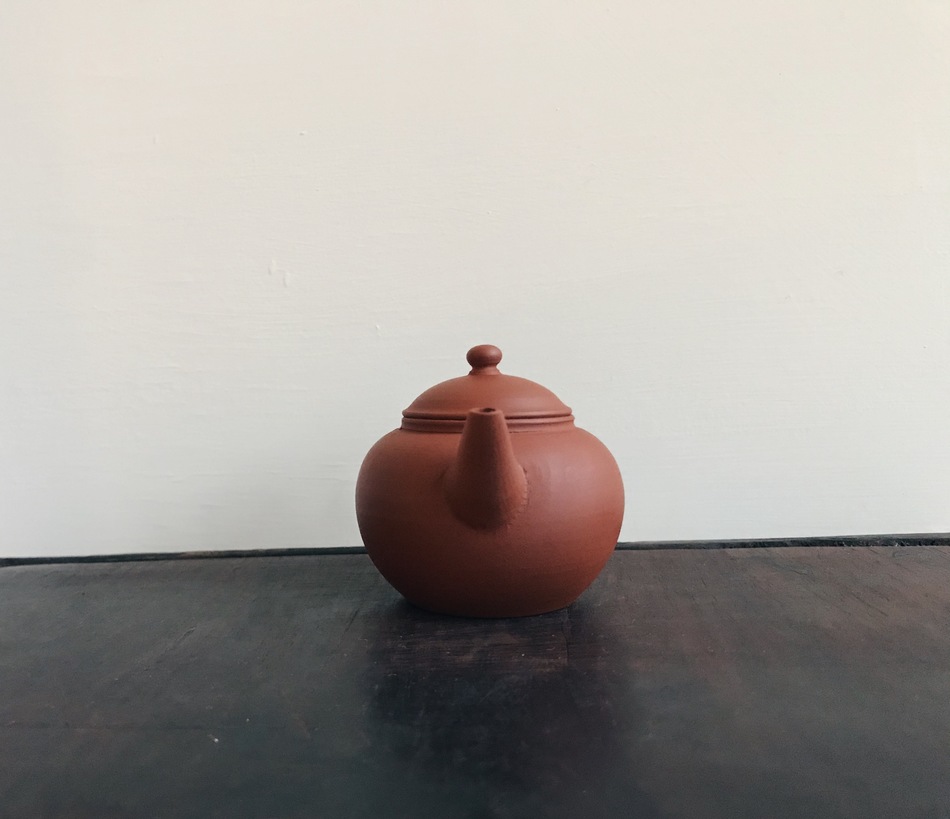 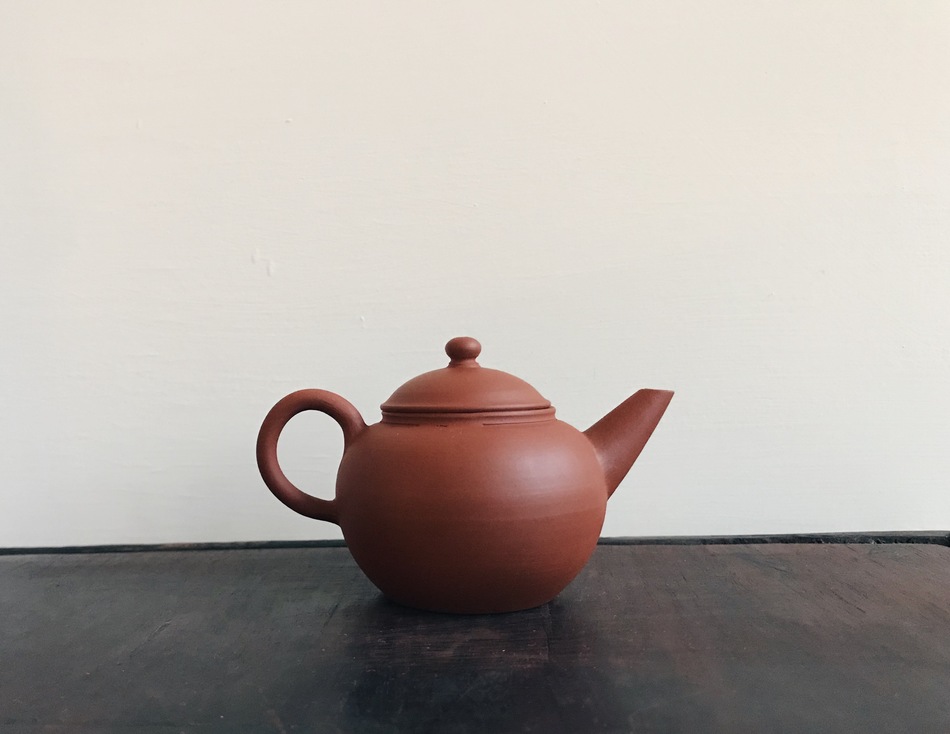 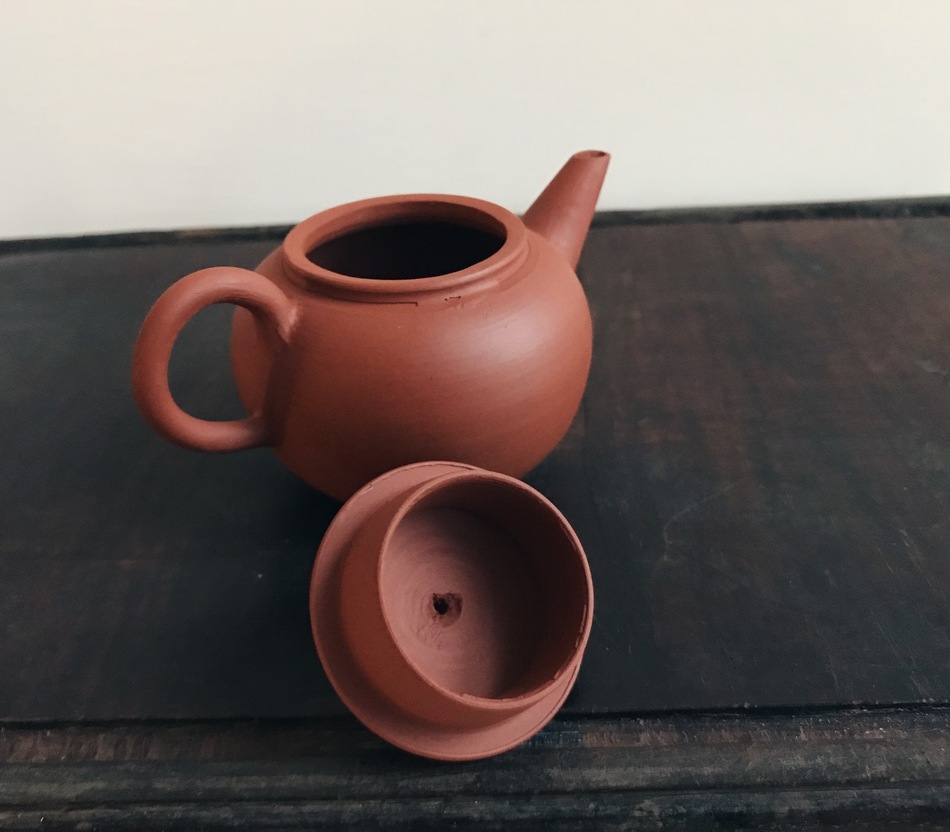 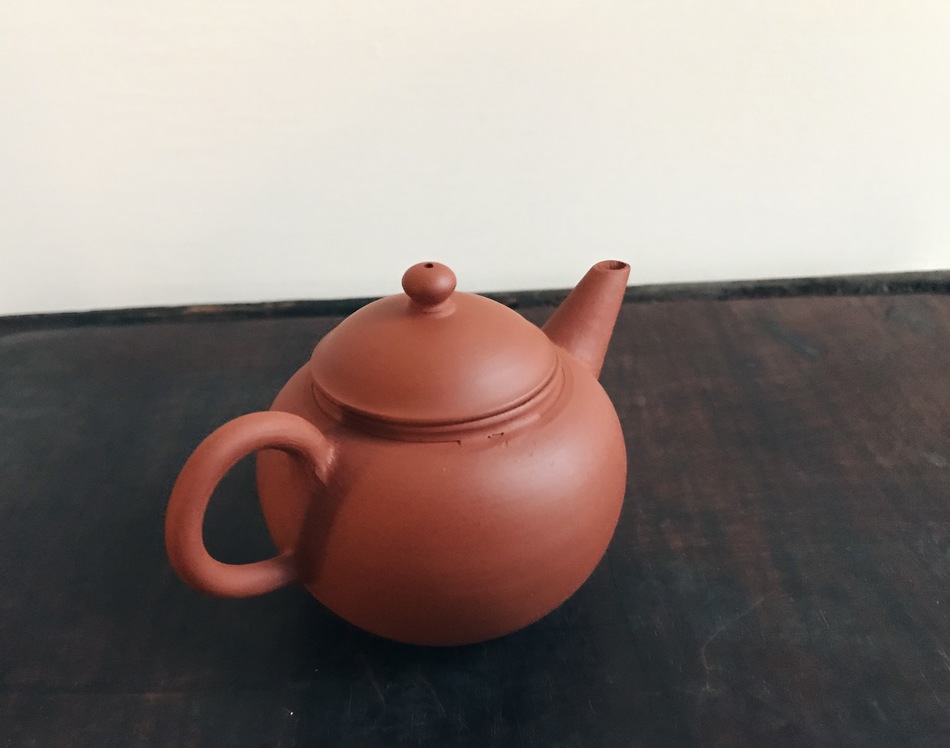 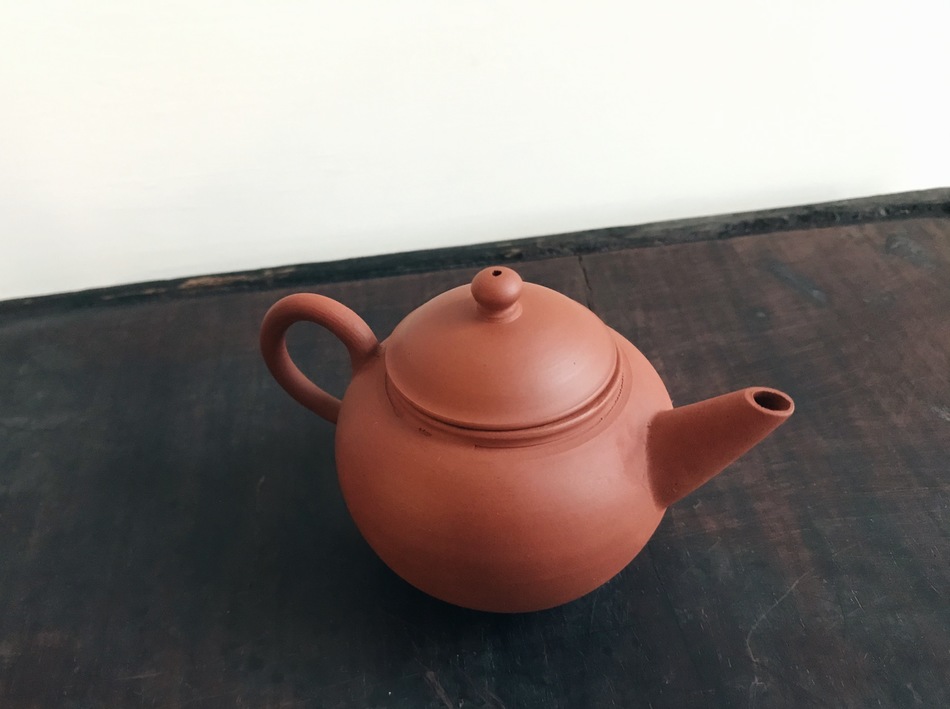 The pot has a 6-hole filter, but they are not arranged perfectly, see picture. Does not impede a good water flow! 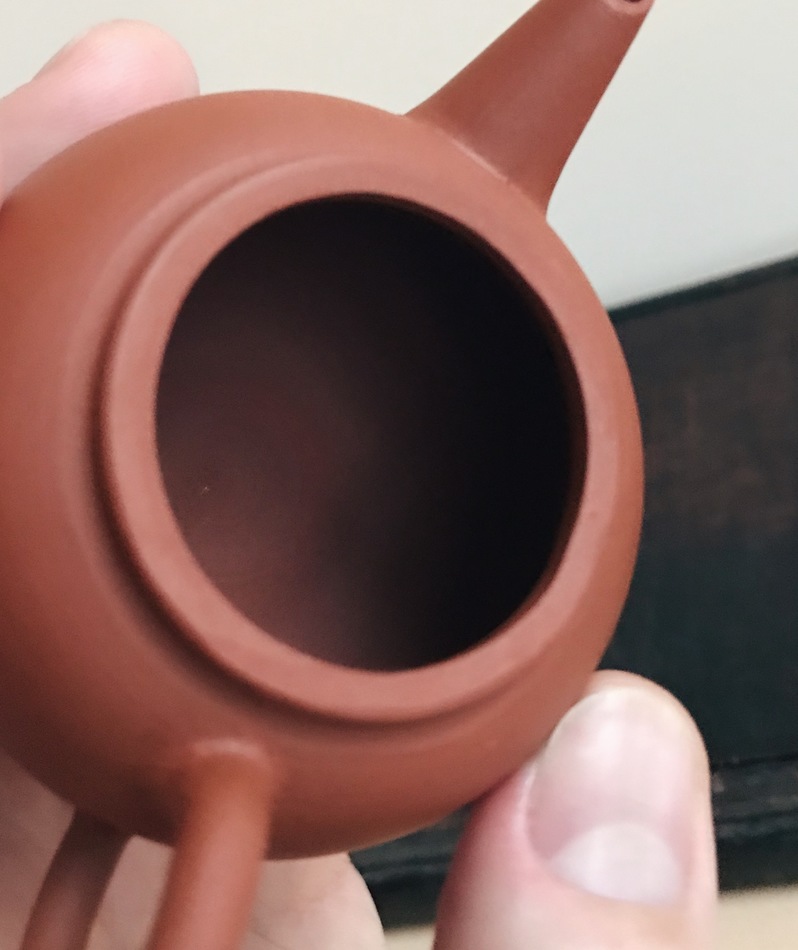 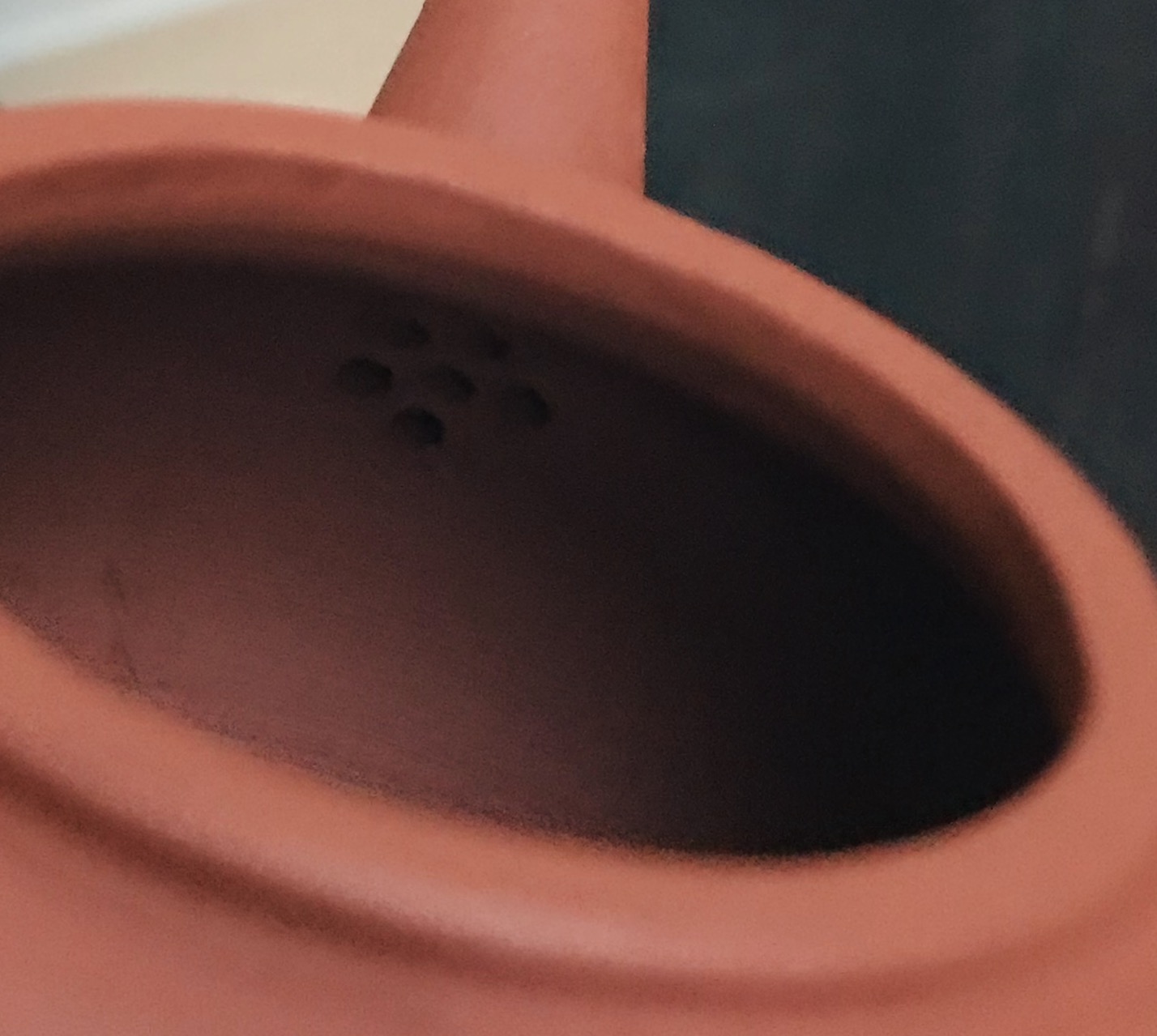 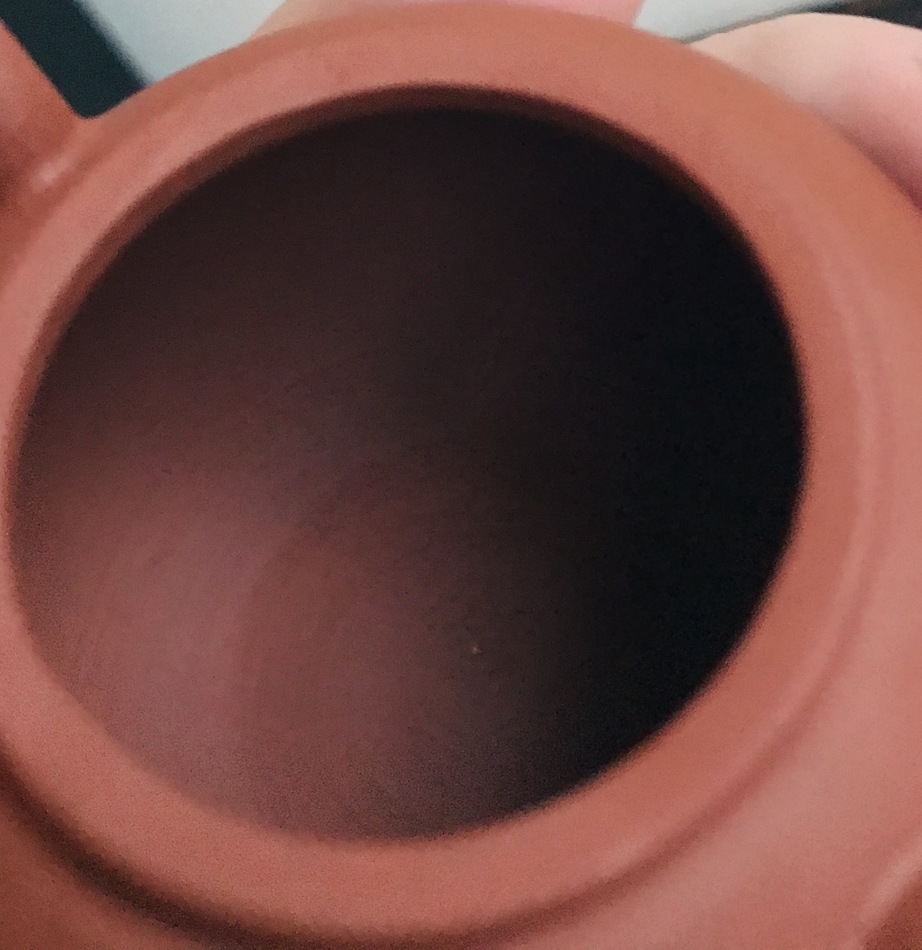 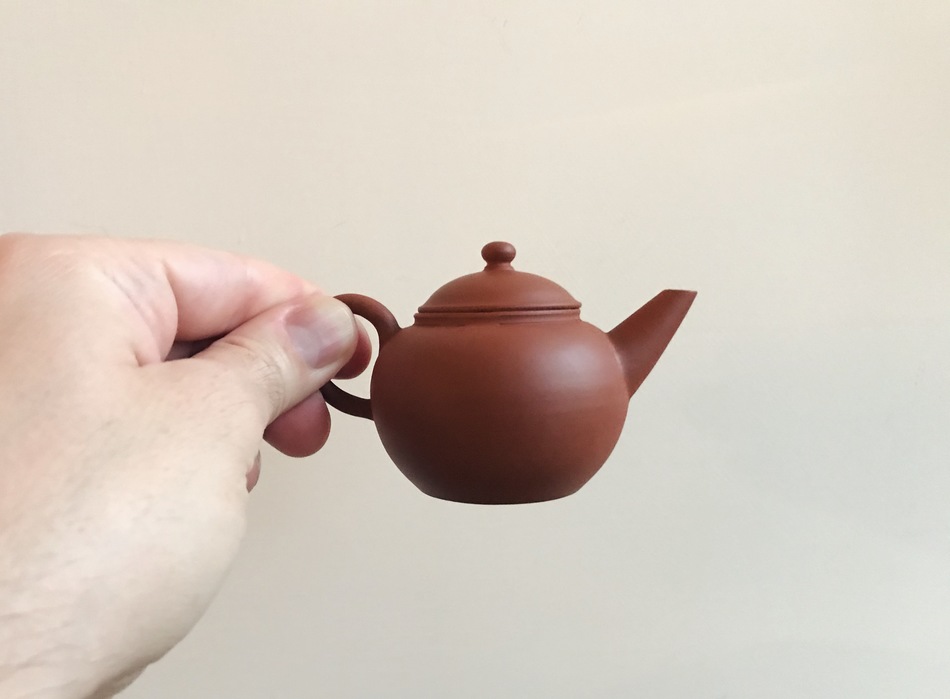 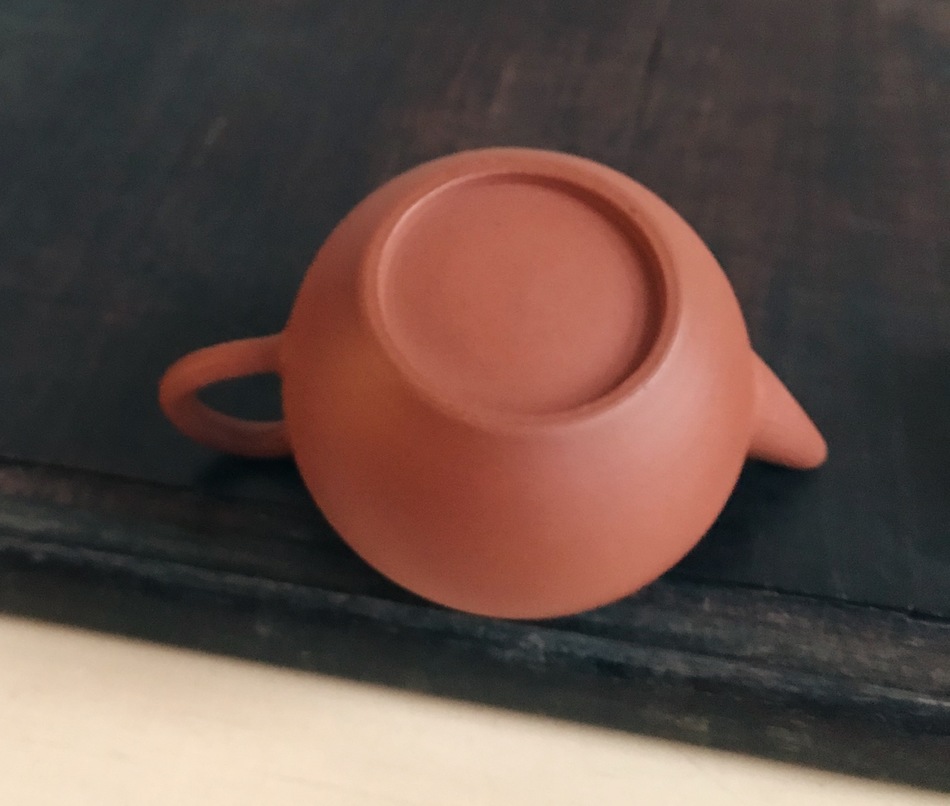 I'm interested but only if the price drops further.

Will keep an eye on this thread!
Top

Good news! EMS Shipping to Germany has resumed, so in addition to the US, Germany is good to go without further costs.
Top

Observation: The teapot looks a little smaller than it is because Bok's hand is in front of the photograph. Also Bok's hands are somewhat larger than average size. 100 ml pots are small but not so tiny as photographs may lead one to believe.

I've been enjoying 2 sessions of gaoshan daily lately & enjoyment has been increased by varying the pots that I use to brew.
Top

Ethan Kurland wrote: ↑
Mon Jun 22, 2020 8:21 pm
Observation: The teapot looks a little smaller than it is because Bok's hand is in front of the photograph. Also Bok's hands are somewhat larger than average size.

My hands are indeed large. This pot is perfect gongfu size.
Top