These seem more accessible in the west, and so i am surprised there is so little description of them here.

The trick seems to be that these companies had different owners over time, which impacted their seals in known and well documented ways. Also, as far as I can tell, these are mostly not very well valued except for extensively painted sets- so doesn't seem to be much point for forgers to do their thing on simple items.

However, based on what I am reading, people seem to really fuss over them, suggesting they are very very sensitive to glaze crazing and cracking, etc- almost as if they are generally poorly made in terms of stability/ robustness.

Also there seems to be heightened risk of things like lead.


MEISSEN colours, which have always been developed in the manufactory’s own paint laboratory, contain lead oxides in their molten mass. Only with these colours can pastes be mixed that are suitable for different painting styles. It is not possible to produce the colour brilliance that Meissen porcelain has always stood for with lead-free colours.

https://www.international.meissen.com/f ... ntent.html
Additionally, I learned that prior to late 18th century, the European teacups, like the Chinese ones, did not have handles. 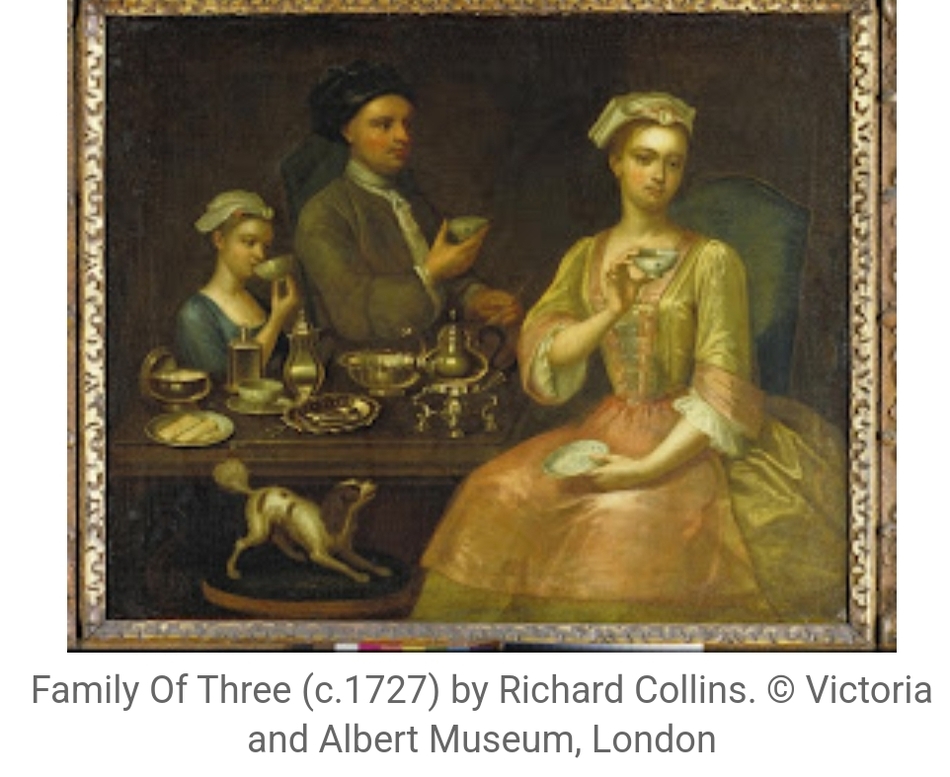 
The discovery of the formula for hard paste porcelain in Europe was made in 1708 that ultimately resulted in the establishment of Meissen porcelain. The history is interesting (from wiki):

At the same time, Ehrenfried Walther von Tschirnhaus, a mathematician and scientist, experimented with the manufacture of glass, trying to make porcelain as well. Crucially, his ingredients included kaolin, the vital ingredient of true porcelain, though he was unable to use it successfully.[5] Tschirnhaus supervised Böttger and by 1707 Böttger reluctantly started to help in the experiments by Tschirnhaus.

When Tschirnhaus suddenly died, the recipe apparently was handed over to Böttger, who within one week announced to the King that he could make porcelain.

More details about the discovery as conveyed in Porcelain: A History from the Heart of Europe by Suzanne L. Marchand: 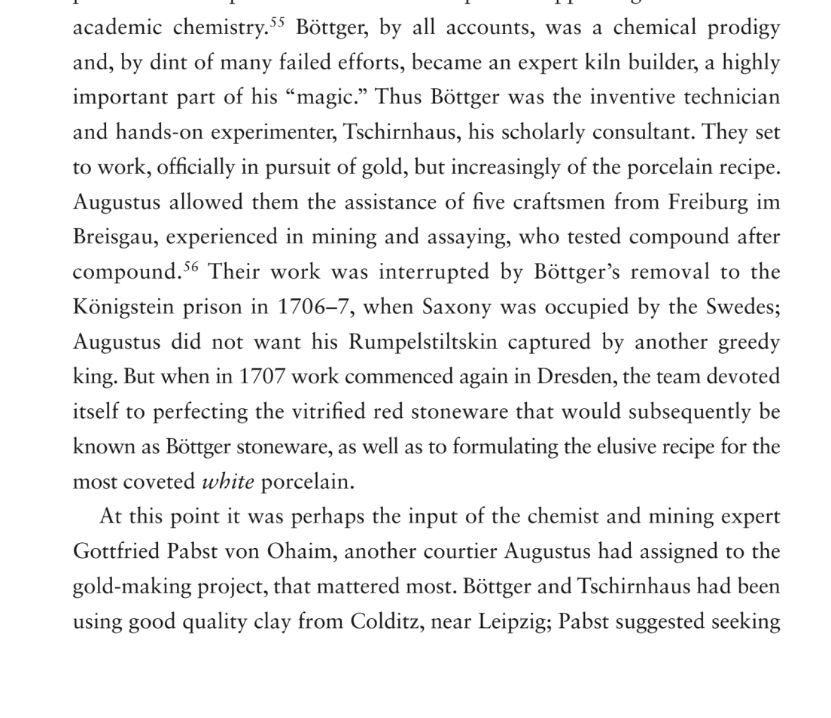 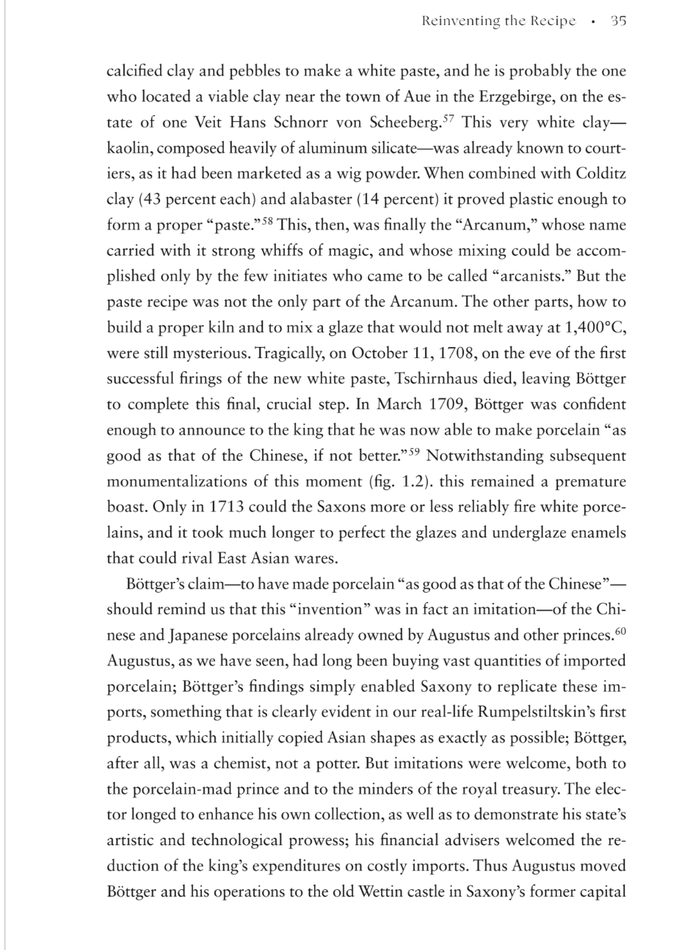 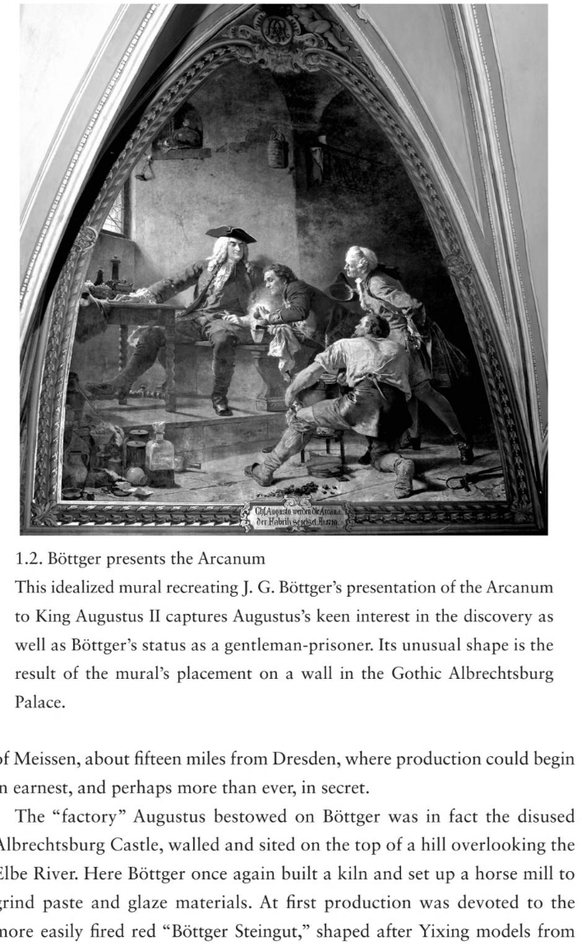 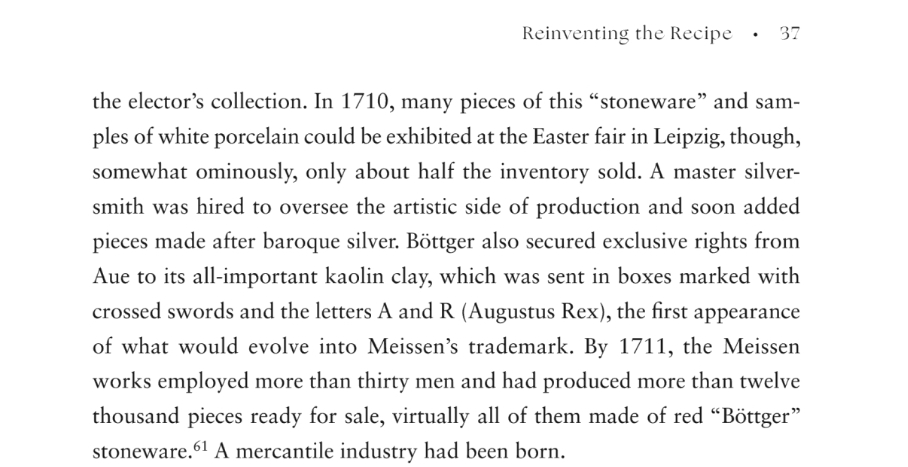 Some examples of similar cups in an 18th century European setting: 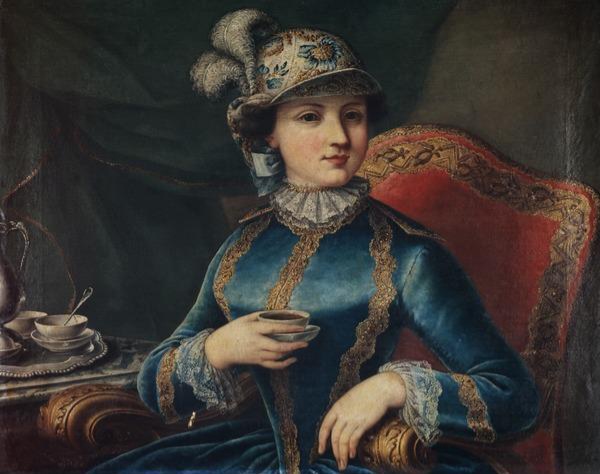 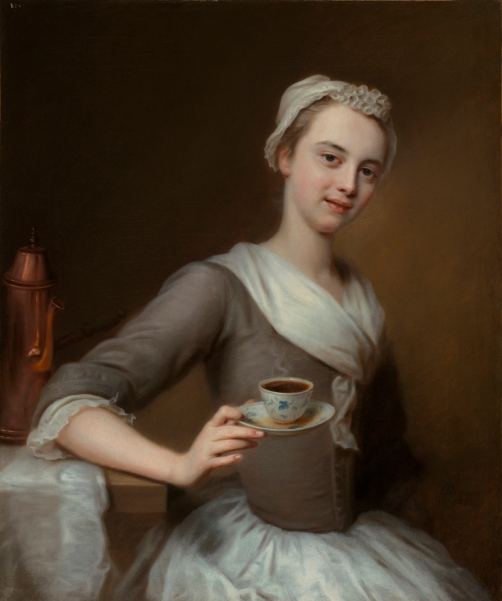 
I'm excited about this topic although I've little to offer I know from experience lead in painting pigments were being used by porcelain painters until relatively recently. It's always a calculated risk when using old tea ware to check the glaze is intact. It's a sad truth that there is a lot of beautiful hand painted tea sets out there but not many people willing to buy them.
Last edited by TeaGrove on Thu Jul 14, 2022 6:44 pm, edited 1 time in total.
Top

I think all the works above actually depict imported porcelain from China.

"They brandish porcelain tea bowls imported from China, enjoying the novel luxury of a hot beverage from the Far East"
(A Family of Three at Tea by Richard Collins)

It seems handles on tea cups followed soon after Europe learned the recipe for porcelain in the 18th century (and were already featured on other vessels, such as stoneware beer steins like Siegburger Stoneware). Tea itself was a relatively recent introduction at the time of the paintings. The first commercial imports to Britain/France were in the second half of 17th cent. The one dated 1670-1685 is by a Dutch painter. The Dutch (along with the Portuguese) started importing a bit earlier.
Top

Do any of the Europeans here have any 19th century hand me down porcelain pieces they can share pictures of?

@mbanu, do you have any pieces? Given your interest in Anglo tea, I'm guessing you do?
Top

teatray wrote: ↑
Thu Jul 14, 2022 3:28 pm
It seems handles on tea cups followed soon after Europe learned the recipe for porcelain in the 18th century (and were already featured on other vessels, such as stoneware beer steins like Siegburger Stoneware). Tea itself was a relatively recent introduction at the time of the paintings. The first commercial imports to Britain/France were in the second half of 17th cent. The one dated 1670-1685 is by a Dutch painter. The Dutch (along with the Portuguese) started importing a bit earlier.

Right you are, I do not wish to spread misinformation. For those curious the painting was 'Still Life with Teacups' by Pieter Gerritsz. van Roestraten. I would be curious if there's much information on European "Chinese porcelain" copy-cats from the era.
Top

LeoFox wrote: ↑
Thu Jul 14, 2022 5:21 pm
Do any of the Europeans here have any 19th century hand me down porcelain pieces they can share pictures of?

mbanu, do you have any pieces? Given your interest in Anglo tea, I'm guessing you do?

Pictured: Imari my ancestors brought from Asia and Export to UK porcelain(pot and little cup on Imari pic) as well as Meissen Mocca cups (perfect gongfu size!). Meissen one of the first in Europe to figure out how the Chinese made porcelain. 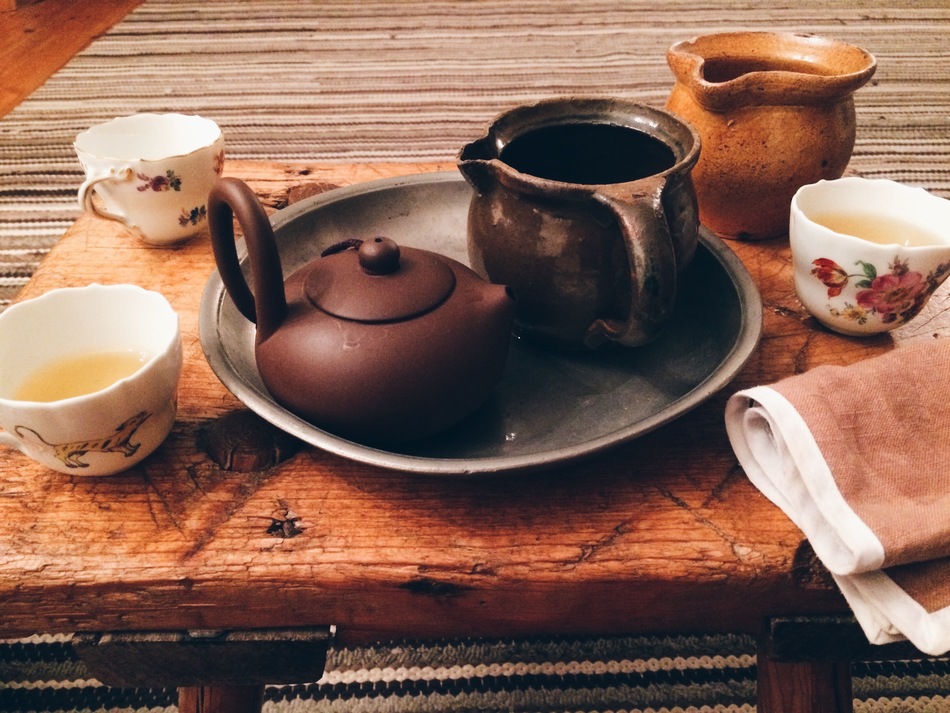 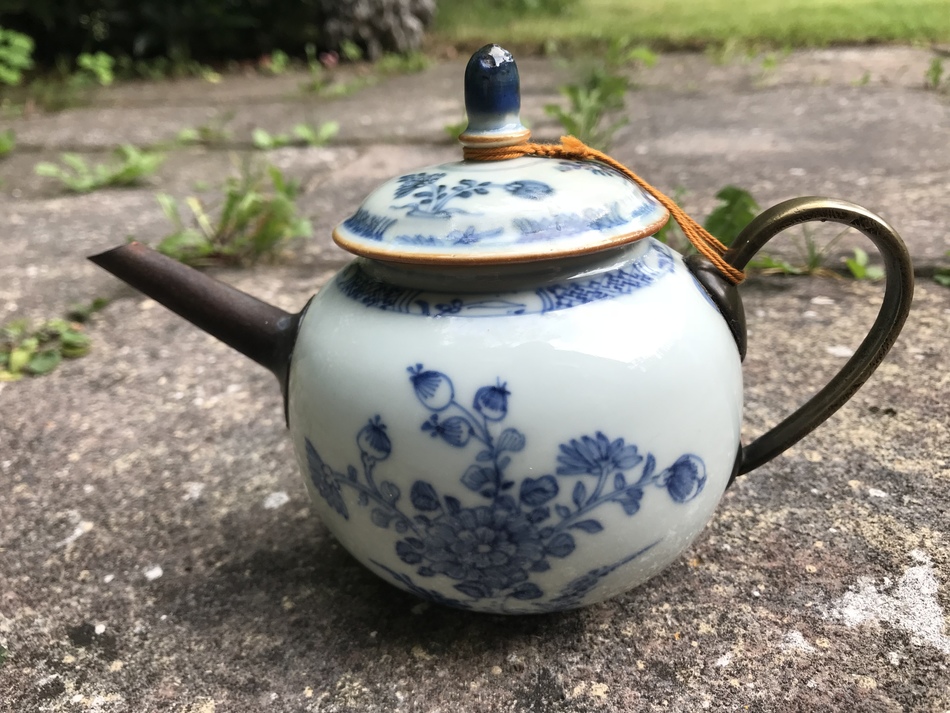 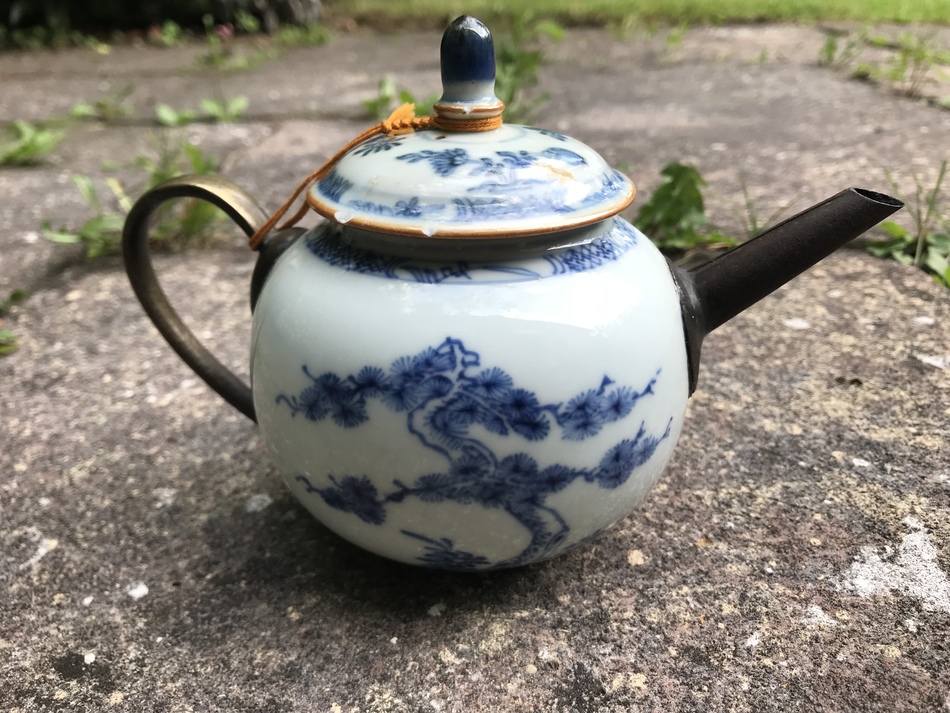 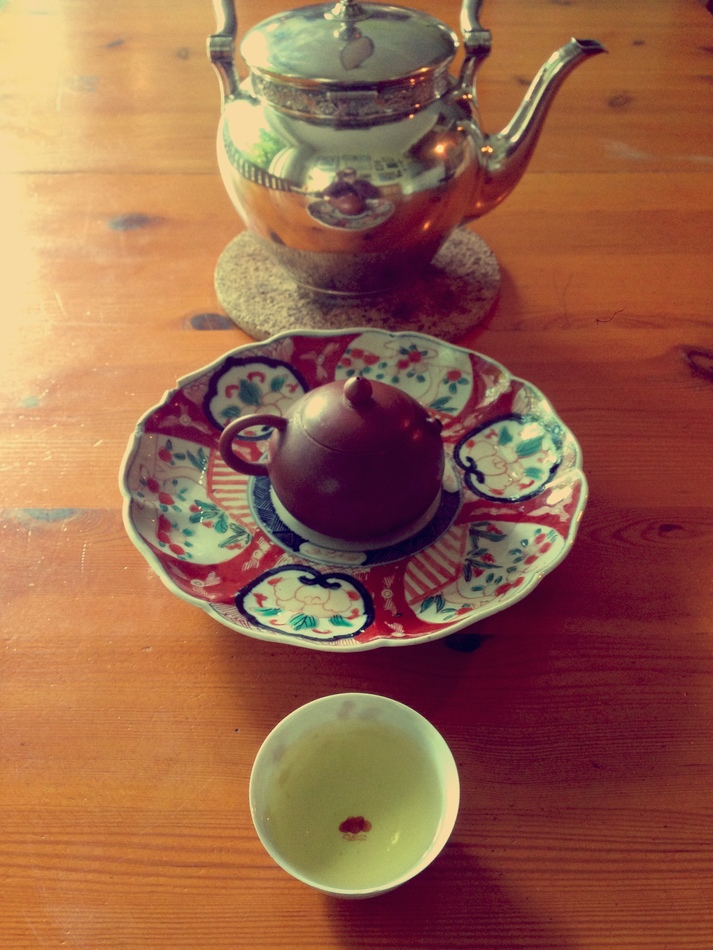 The pitchers are commoner European pottery and the kettle is another silver heirloom.
Top

Beautiful pieces, bok! Considering that meissen was selling true porcelain pieces by 1713 using Chinese designs, some of those 18th century paintings may be depicting Meissen ware and not chinese export ware.
Top

I think the earlier stuff was mimicking Chinese drawings, later they developed their own styles.

I have some with clearly European interpretations of Chinese topics and others who are already something in their own.

It can be had cheap in Europe if it’s not complete sets, the value has decreased a lot since my grandmother’s times when it was still sort of an investment.

Lovely to use with tea. The ones I have remind me of Dehua in the way it behaves with tea. Brings a certain sweetness out.
Top

This painting according to the Getty Museum is Chinese porcelain: 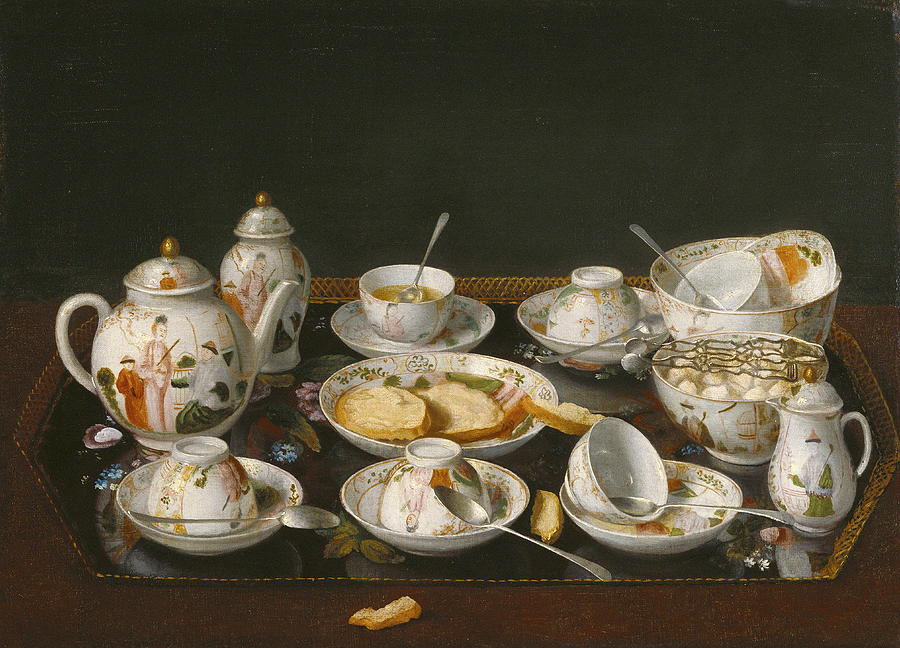 And this is a Meissen Travelling Tea Set (sold at auction) from 1723. After a quick glance it seems the appreciation for chinoiserie did not end there and early Meissen production included figurines of Guan Yin and Laozi. 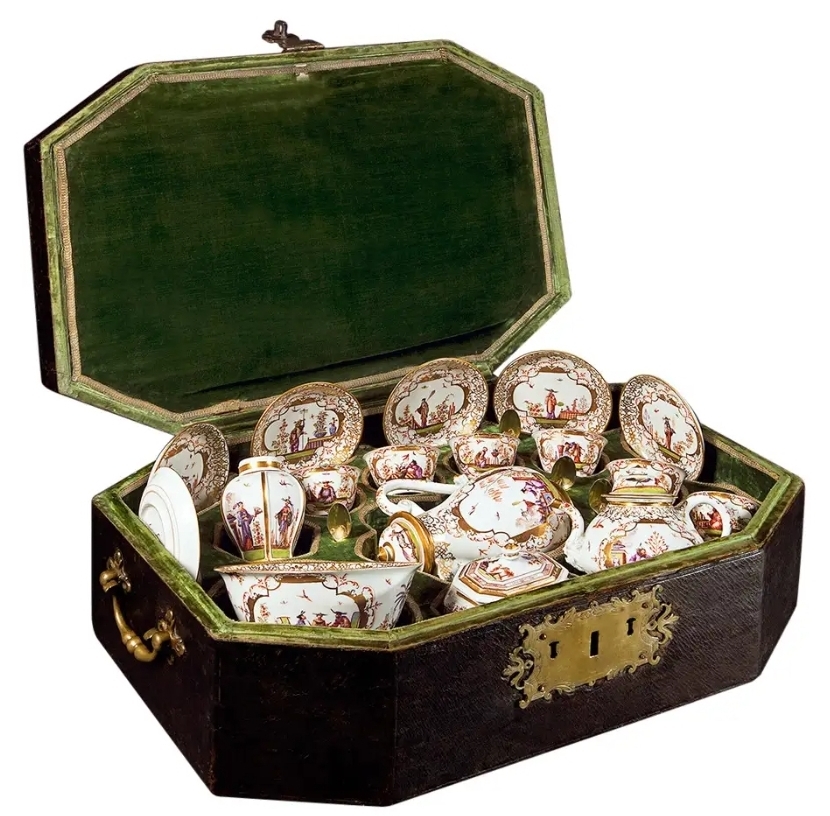 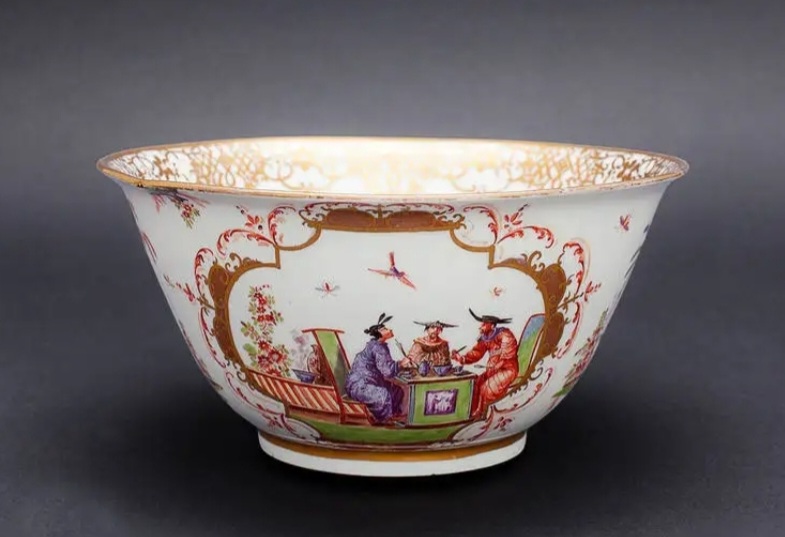 
@Bok You have an enviable collection, really lovely. Off topic do you boil water in your silver kettle?
Top

@TeaGrove thanks, I try my best to all use it appropriately.

I rarely use that kettle, mainly because it’s missing the heating/stove element that went with it originally. But also very few teas benefit from silver, mostly I prefer Tetsubin kettles.
Top

Thank you for enriching this thread! I will continue to add details in the first post as I learn more.
Top

Advice for anyone searching flea markets or grandmas attic: look for mocca cups, small, perfect for tea sizes. Often you get a matching plate as a teaboat alongside. Milk pitchers become tea pitcher etc.
Top

I don't want anyone to learn the hard way so just a common sense reminder for enthusiastic antiquers to be cautious, especially when using unmarked china. Some glazes have the capacity to leach cadmium and lead into food and drink. Exposure to lead is not a fun ride so if in doubt please don't.

@LeoFox I'm enjoying the updates and learning a lot. The only porcelain from the era I was really aware of was the famous Flora Danica dinner service.

Commissioned in 1790 by Crown Prince Frederik VI of Denmark for Catherine the Great the Flora Danica service, made to order, is supposedly the most expensive in the world. Anyone interested can read about it here: https://floradanica.royalcopenhagen.com/ 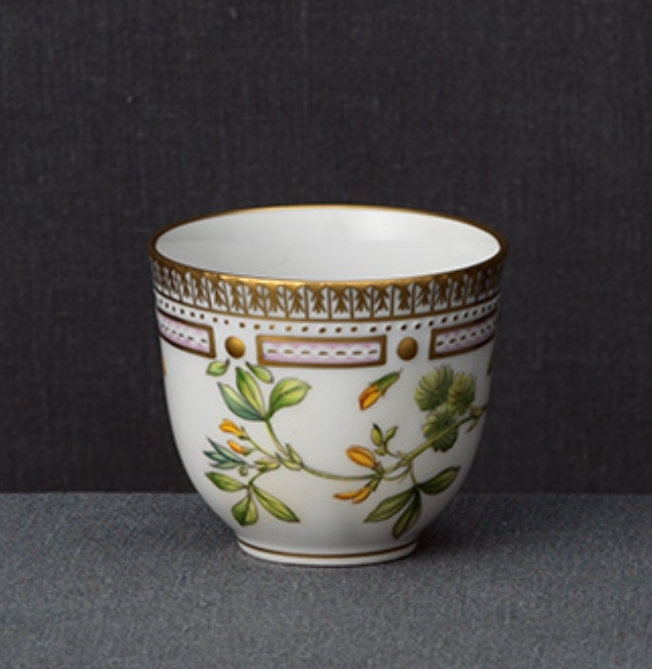 @Bok It's very nice seeing your suggestions on how to incorporate European wares. I also have inherited a silver teapot and now I'll be sure to use my silver milk jug too.
Top
Post Reply
14 posts • Page 1 of 1