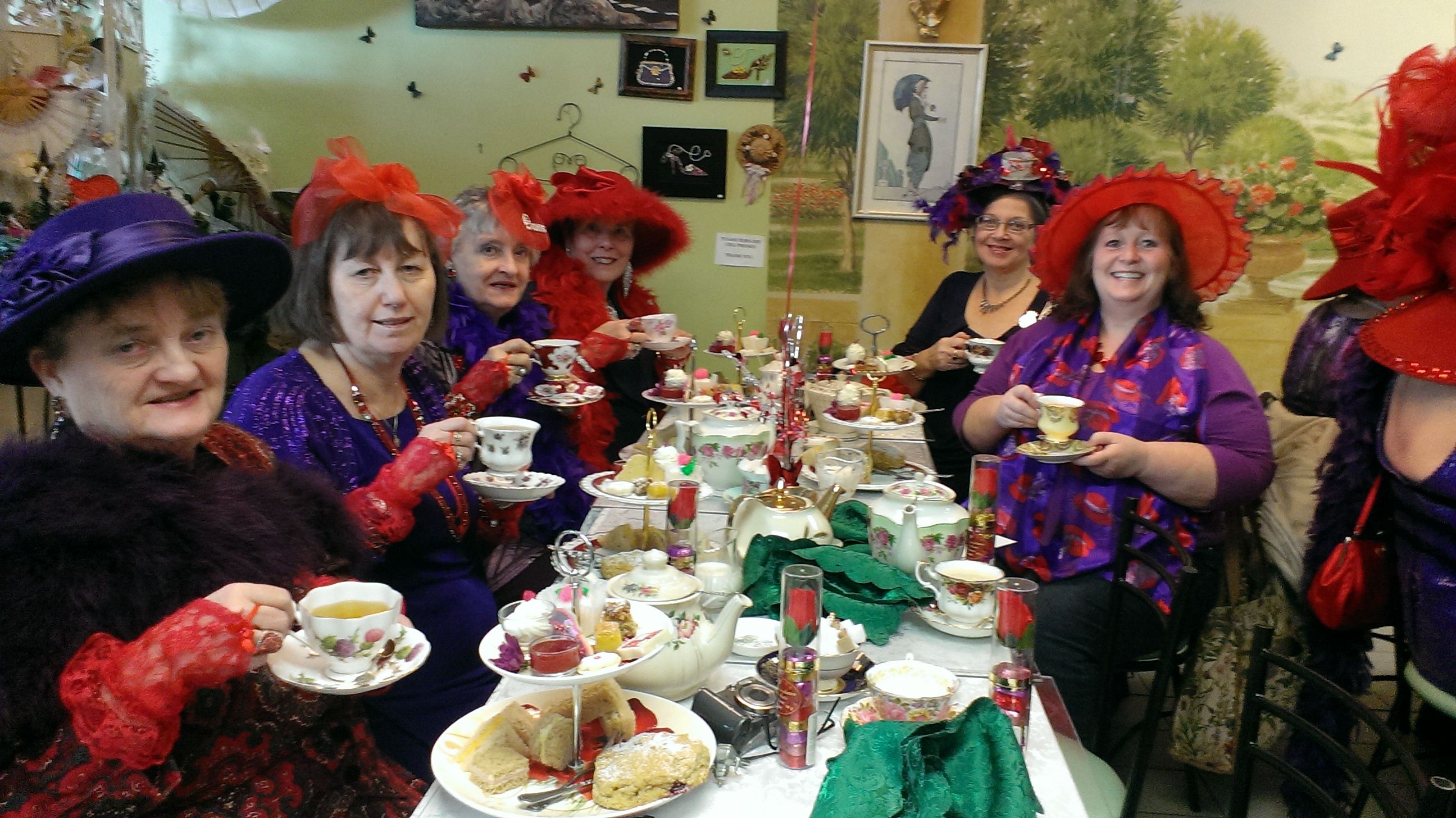 Thought they deserved their own thread, as the older red-hatted ladies of the Red Hat Society often seem to be tearoom regulars wherever they are active in the U.S. I don't know much about their tea culture, though...
Last edited by pedant on Mon Sep 14, 2020 9:47 pm, edited 1 time in total.
Reason: mod edit: added link
Top

Apparently it transformed from being a Southern California social club into a more national organization after being featured in the July 2000 issue of Romantic Homes magazine. I'm not 100% sure, but I think Romantic Homes is in the same magazine ecosystem as the other curly-script magazines, so their tea cultures might be similar. However, the Red Hat Society's founding document is a British poem about a responsible young woman dreaming about becoming an irresponsible old woman, so perhaps there is less of a focus on Victoria magazine style "return to loveliness"?