more a field recording than music, but Steven Feld's Suikinkutsu might be of interest to people here:

SUIKINKUTSU, literally "water-zither-cave," is a unique instrument associated with washing for the Japanese tea ceremony. Water drips from a chozubachi stone basin into a partly-filled underground ceramic bowl.The dripping sound, resembling a kotozither, projects up through bamboo tubes into a garden, where water may symbolize spirit, purification, solace, and reflection.

Dating to the mid 17th century Edo period, the name suikinkutsuis often credited to the famous tea ceremony teacher Kobori Enshu. After a decline, the instrument re-emerged in the Meiji Era of the late 19th and early 20th centuries, with renewed recent popularity.

This soundscape of Kyoto’s Enko-ji Temple suikinkutsu is a multitrack composition created from field recordings. At low volume one experiences the ever-changing water rhythms flowing randomly into the pulsing surround of summer cicadas.

I love and very much miss the sound of cicadas here so finding this made me pretty happy.
Top

I've been trying to learn more about the guqin. Do you have any recommenddations for good players/recordings?
Top

I've been trying to learn more about the guqin. Do you have any recommenddations for good players/recordings?

Any playlist on Spotify or apple music should be sufficient. Just make sure it's guqin and not guzheng. You can tell it easily, if you hear the same note repeatedly, quickly, then it's a guzheng.

Guqin always "feels slow" even when it's played fast.
Top

I've been trying to learn more about the guqin. Do you have any recommenddations for good players/recordings?

Any playlist on Spotify or apple music should be sufficient. Just make sure it's guqin and not guzheng. You can tell it easily, if you hear the same note repeatedly, quickly, then it's a guzheng.

Guqin always "feels slow" even when it's played fast.

Guangling san is a pretty amazing guqin piece. Although today's version is probably reconstructed from the original in the Ming/Qing period, as far as I know it's one of the oldest if not the oldest partly surviving guqin composition. Although I'm not sure it's something you normally want to listen while drinking tea, since it's about an assassin who assassinates the Han state's king and then commits suicide, later having his body displayed in the public square while is mournful sister looks on. The way the strings are struck are particularly violent in comparison to most guqin pieces.

The piece was written by Ji Kang who was a neodaoist in the 3rd century AD, who was put to death by the Sima Clan, I suppose due to partly his loyalty to the Cao clan, since he had married Cao Cao granddaughter. I believe the legend is that it's the last piece he played when he requested a guqin before being put to death.
Top

A fun 1980 documentary on the British 2-Tone Records:

1980 was an interesting time for tea in the UK, as it was slowly becoming Americanized. After decades of resistance, the teabag was on the rise, and the Indian blends of the previous generation were being replaced with the East African blends of modern British tea.

(Also a nice cameo for fans of 70s British teaware, what looks like it could be an English TAMS tea-mug, from the lone band-member not drinking lager during an interview.

It seems like for a time all the mugs TAMS made had that distinct handle-shape.) 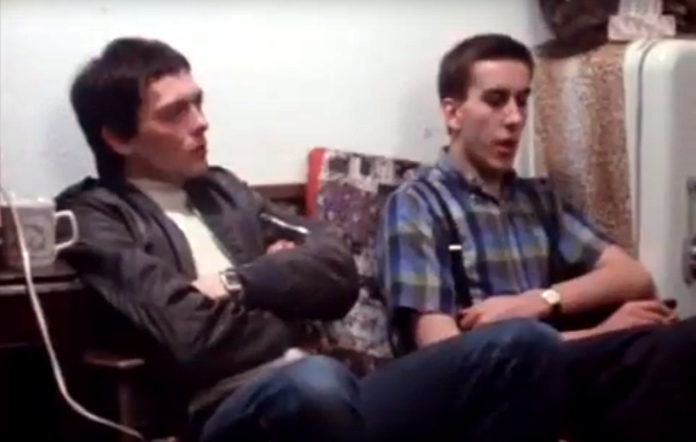 Going along with music that was popular when a tea was popular, I noticed that there are old episodes of the Lipton-sponsored Arthur Godfrey's Talent Scouts radio show up on Youtube:


So far it seems like a nice thing to have on for a cup of American-style Ceylon tea with clove-studded lemon or Constant Comment.

do particularly when I use tea with meditation particularly aged pu-erhs or dan chongs, and gyokuro basically any tea which is high grade or special and where it is used to help focus and enhance energy.

I usually listen to Doom metal particularly from bands such as Sleep, Om or Progresssive ones such as Tool, basically any of the genre that helps promote a meditative state oh and Hildur Guntofur. These combined with the above teas and either agarwood or mysore sandalwood is an unforgettable experience

Although they play up the "since 1854" and try to make their shops look the part, they are really the product of new ideas of the 1980s about what tea could be, taking the flavored blends of the 70s to more complex places, experimenting with things like tetsubins enameled to be teapots, taking advantage of the opening of Chinese trade to contract custom Yixing, and introducing Francophiles to white tea who had never heard of it before, all while acting as though everything they were doing was very old and very French.