The Tea Lover's Treasury at 40

After Nilgiri, Pratt goes into "Russian teas", which was not Russian Caravan, but a way of saying Soviet teas from Georgia and Azerbaijan, although there was some tea grown in Krasnodar Krai in southern Russia. I think here he is following the lead of the tea-packers, as this is what they called teas from the Transcaucasian region. 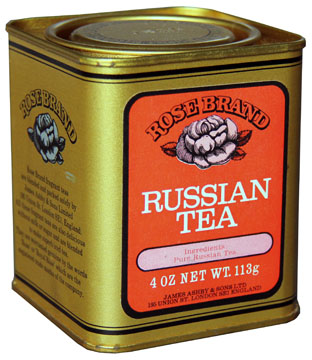 
In this case, all his direct recommendations are for teas from companies that no longer exist or that no longer sell their own blends, such as Jacksons of Piccadilly's Russian Tea, James Ashby & Sons Rose-brand Russian (Ashby seems to have been bought by an American importer who only sells teabags), or Russian tea from First Colony. 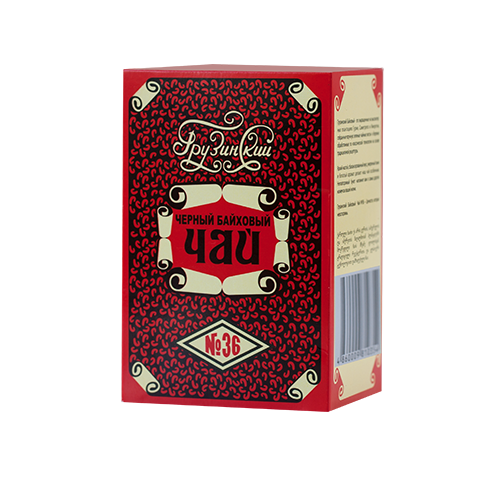 
He does list one named estate, though, Chakve (Chakvi), in Georgia. Most of the estate has gone wild, although supposedly some of it is still farmed. An example might be Gurieli (https://gurieli.ge), which was started in 2010 and seems to be the current packer of the old "Georgian No. 36" brand (a once-popular blend of Georgian and Indian teas).
Top 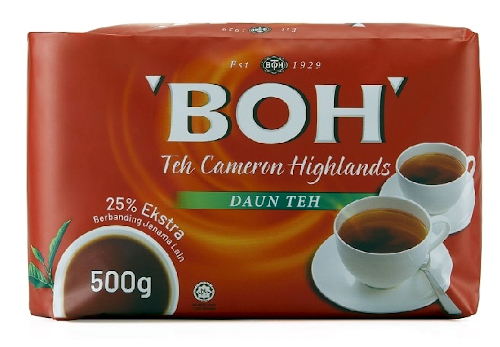 Pratt does not think much of other black teas. He dislikes Argentinian tea, but notes it is popular for price, and is especially hard on Malaysian and Vietnamese black tea, "this is also the case with Malaysia and Vietnam -- one taste of Vietnamese tea and you regret it wasn't defoliated", which, given the state of the Malaysian black tea industry at the time, I suppose is a roundabout way of saying that he dislikes BOH (https://bohtea.com/).

He mentions Kenya's competitors in Africa, but does not seem impressed with them. He is fairly neutral on tea from Iran, Turkey, and Bangladesh, mentioning that it is not bad, but not really sold outside their home regions, and is cautiously optimistic about Peruvian tea, but does not give any suggested sources.

Chinese black teas and oolongs are given their own section, as due to the nationalization of the industry at the time, there was usually only one source, unless it was a tea that had a Taiwanese copy. (Although he does list U.S. re-sellers). 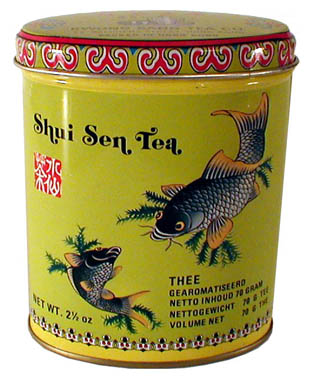 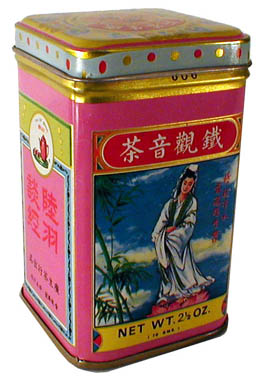 
He makes a lone exception for oolongs, mentioning re-processed Tieguanyin and Shuixian from a Hong Kong shop, Kwong Sang Tea (廣生茶行有限公司), saying the teas "represent the ordinaire most overseas Chinese have lived on for years -- uncommonly high standards 'for everyday drink.'"
Top 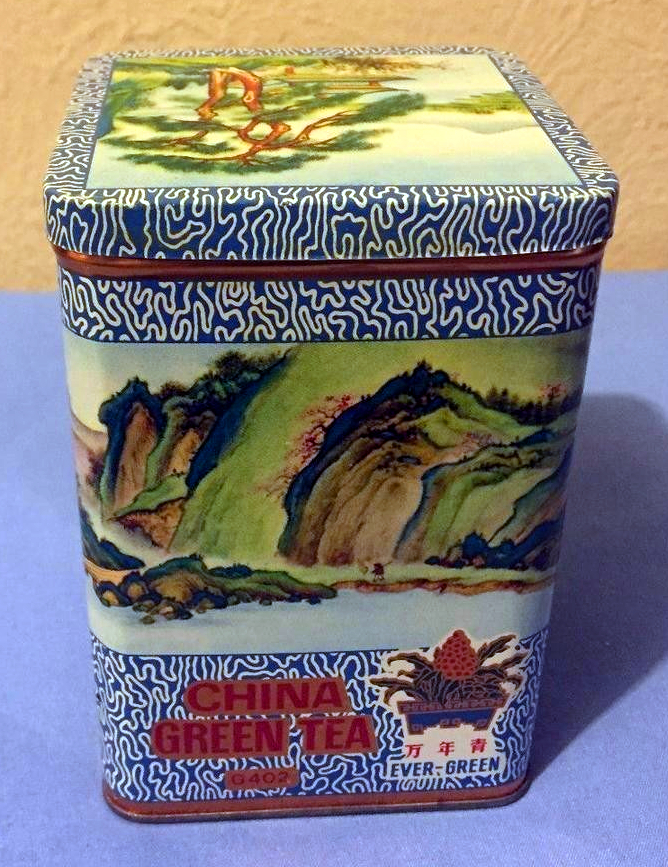 For the classic export varieties of Chinese green tea, Pratt is a China fan -- he mentions that there are Taiwanese green teas, but does not list a single source, while for China, he lists the single source, the National Native Produce & Animal By-Products Import & Export Corporation.

That already has its own thread, so no use repeating. Interestingly, he does not seem to know about guricha, as he states that he does not think Japan produces gunpowder-style teas. 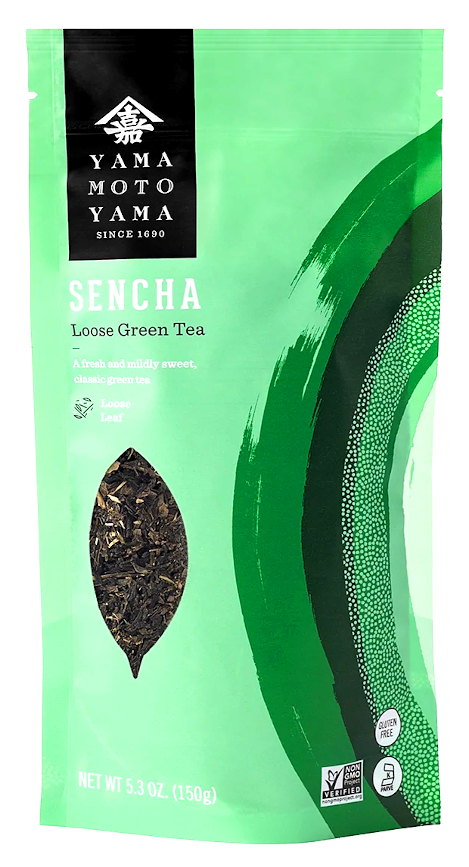 
For standard Japanese teas, he recommends "Yamamoto of the Orient", the old name for Yamamotoyama USA (https://yamamotoyama.com/). He does not recommend kukicha (expected, as in most of the tea-world tea stems are considered a form of waste) but does like hojicha, despite being usually made of very stemmy teas. (Was that not true in the 80s?) He enjoys gyokuro but not matcha, and is politely neutral on sencha. He also mentions that bancha is not really exported -- this would change in a few years when it became part of the "Zen Macrobiotic Diet" fad in the U.S.
Top 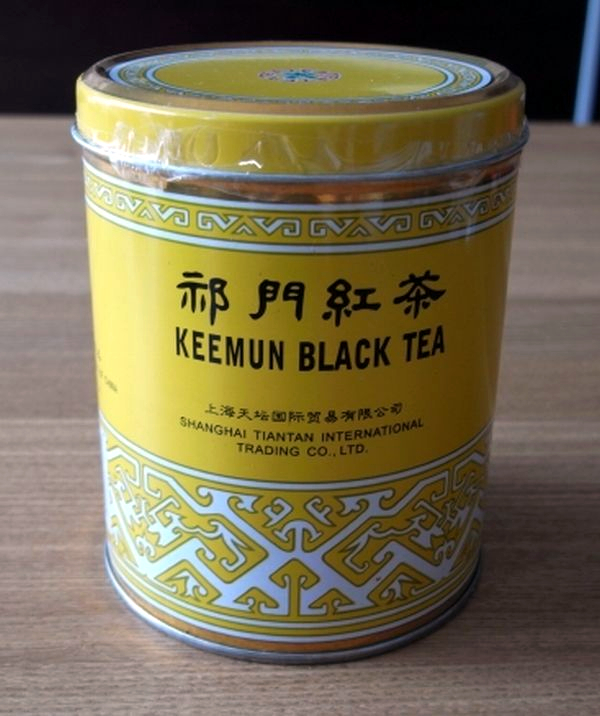 For Keemun teas, Pratt mentions that the options, much like for gunpowder green teas, are the CNNP product, the Taiwanese copy, or a blend containing some amount of either. Today, a similar product is produced by Shanghai Tiantan International Trading, the privatized version of the old Shanghai Tea Branch, as mentioned in the CNNP teas thread. (No consumer sales website, sadly.) For Formosa Keemun, Pratt recommends Mark T. Wendell, although he thinks the Winey Keemun English Breakfast blend by Grace Rare Tea is a better use of Formosa Keemun than drinking it on its own. 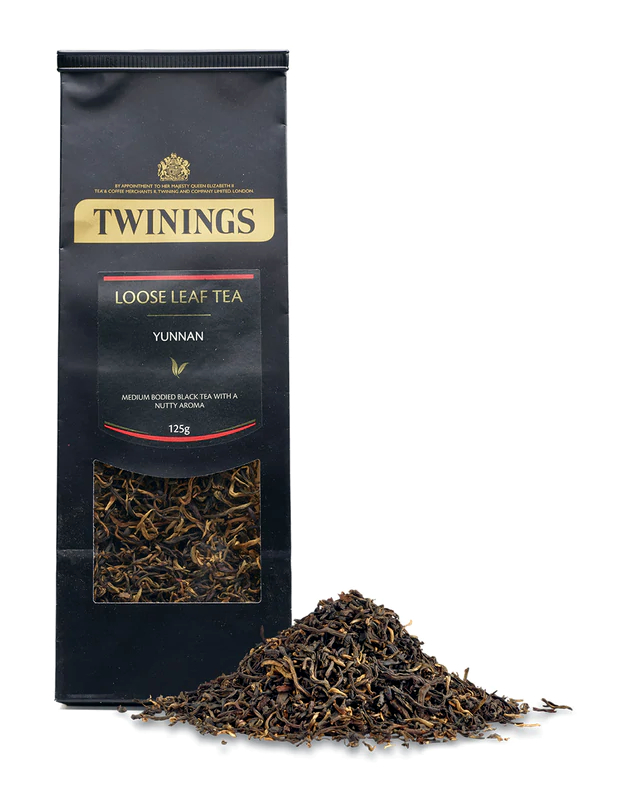 
For Yunnan tea, strangely, he does not suggest buying the direct-packed CNNP stuff, but instead buying a blend of Yunnans from Twinings, Mark T. Wendell, or First Colony Tea. When First Colony closed, their Yunnan blend was bought by White Coffee, who sells it (without much care, according to the reviews) in 3 pound catering bags through Amazon: https://www.amazon.com/Bencheley-Tea-Yu ... B00CPSWCL0
Top 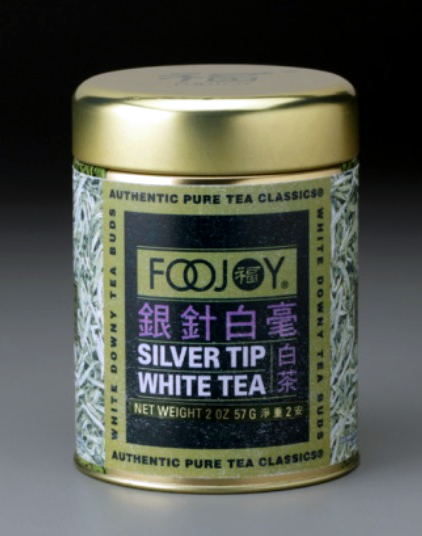 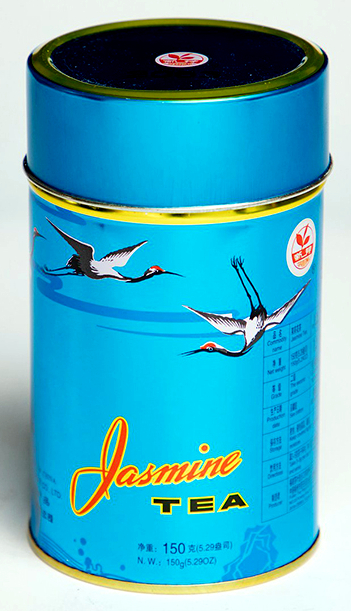 
It is a different story for jasmine tea, although he also suggests a Formosa Pouchong based Jasmine from Taiwan by Grace Rare Tea (https://gracetea.com), their Before The Rain Jasmine. However, the current description suggests that it might be made of mainland teas today. 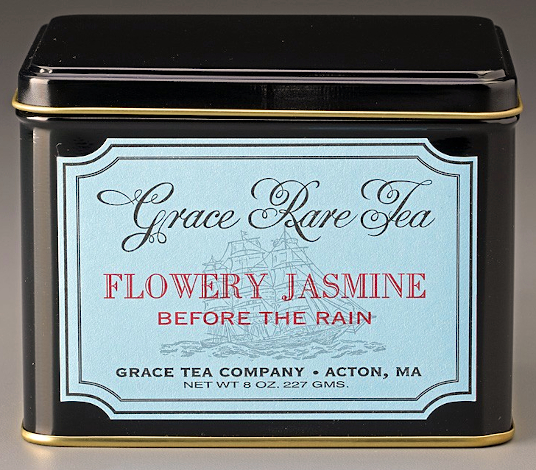 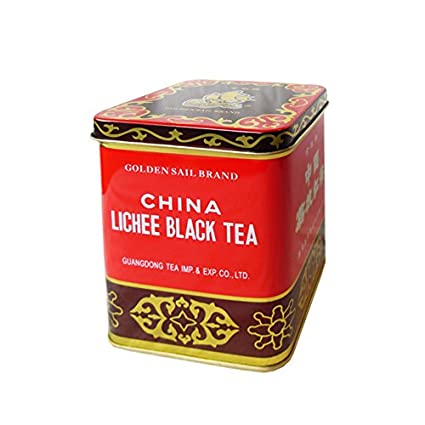 
Pratt is especially hard on lychee-flavored black tea, "Just because I find it loathesome is no reason for you not to try it."

Maybe not surprising given the rest of his tastes.

He spends a bit of time on a popular American flavored tea, black tea with mint (popularized by 50s brands like Boston's Mint-in-Tea and Bigelow's Plantation Mint), recommending examples from Mark T. Wendell and The Coffee Bean & Tea Leaf. However, in both cases the tea has been replaced today by either Moroccan Mint green tea or chocolate-and-mint flavored teas. 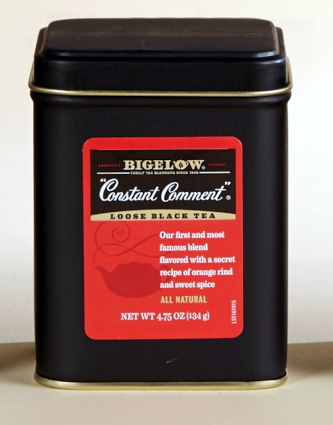 
He acknowledges the category of spiced teas, but is not very enthusiastic, "Some people drink them all the time and others just for a change of pace, but they're nothing to sneer at. Somewhere hereabouts, however, we have crossed the line into Flavored Teas and here my lip does begin to curl." For him, the line seems to be Constant Comment (https://www.bigelowtea.com/), which is firmly in the Flavored Teas category for him. It seems like a bit of an odd distinction to me -- perhaps a case of familiarity breeding contempt.

There are a few tea companies that Pratt mentions in a non-negative way but where he does not consider their teas his favorite in any category. 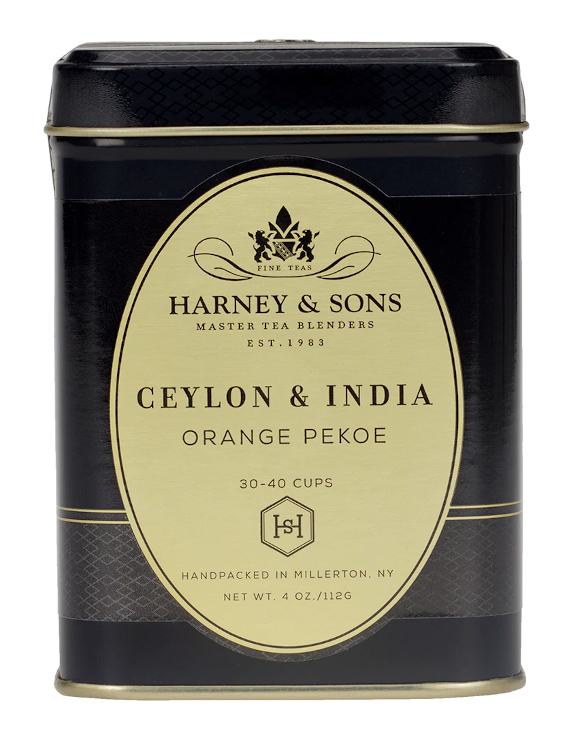 According to Harney itself, this offhand mention helped them land some of their first big hotel accounts, leading to their modern-day success.

We should probably also mention the books that inspired Mr. Pratt's book. 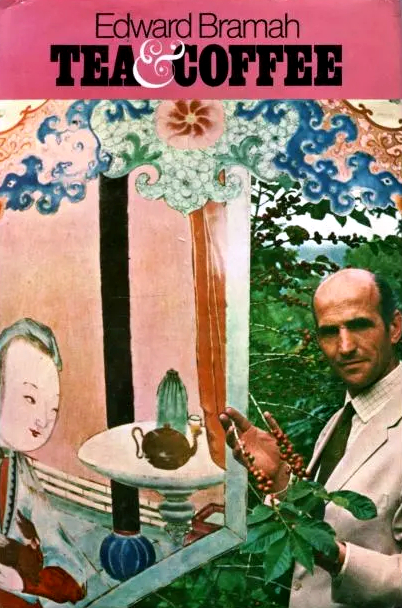 
The first one was Edward Bramah's 1972 Tea & Coffee: A Modern View of 300 Years of Tradition. Pratt describes it as, "A very readable account of the tea and coffee business from top to bottom by a gentleman and scholar who has been intimately associated with both. Clear, concise, and informative, though necessarily limited to certain areas." I think this might be a rare case of Pratt underselling something -- really an interesting book, including information not talked about anywhere else as far as I can tell, like on the development, introduction, and withdrawal of Yingde black tea to the UK.
Top

Victoria wrote: ↑
Thu Jan 20, 2022 1:30 pm
There might be some truth to what you say mbanu. I’ve had the pleasure of meeting Norwood Pratt on many occasions during the yearly tea festivals here in LA, he’s quiet a stylish and erudite character. A real southern gentleman living in San Francisco who came into the world of tea after decades writing about wine, such as the The Wine Bibber's Bible. One of his newest books, a Tea Dictionary, is a large compendium of tea history, marketing, trading, cultivation, processing as well as tea classifications. His web site James Norwood Pratt seems to be down, hope he’s ok. He also most recently rereleased and annotated William Ukers 1936, The Romance of Tea. Hope to see him again when and if we ever have another tea festival here as covid canceled all that for the past two years.

It seems to just be website trouble -- Nicole Wilson of Tea For Me Please saw him at the World Tea Expo: https://www.teaformeplease.com/world-tea-expo-2022/
Top