Victoria wrote: ↑
Wed Apr 24, 2019 12:13 pm
This site references that seal as used by Jozan III, but the pot looks more like II to me; https://chano-yu.com/famous-japanese-potters-and-marks/

Seal is a bit different than mine though.
Top

Considering the tomobaku is missing, the style, and the unfamiliar (to me) seal, I am inclined to believe it is Jozan I or II. It seems most people kept the tomobaku for Yamada III’s works and his seals are well known. If pressed I would say it’s Yamada II for circumstantial reasons in addition to reasons mentioned above.

I look forward to hearing other thoughts on the matter.
Top

Thanks! I was suspecting something like I or II as well. I don’t think Jozan III still made this kind of Chinese style pots, they must have matured to something else at that point.

I wonder if the family itself would be receptive to an inquiry...

In any case that pot was a steal for A fraction of what a Jozan III-IV or Yamada Sou would cost!
Top

There is an update to this story:
After some solid detective work on the part of the person who bought the pot from me, it turns out that it is NOT a Yamada family teapot.

It is made by another lesser known potter called Miura Jozan (三浦常山).

The interesting part is that this potter is from Sado Island. Apparently one of the first to make use of Mumyoi clay, made well known by Hojo tea!

On a side note, it turns out that MarshalN’s pot, which peaked my interest in the first place, is also not Yamada, but again the same Miura Jozan!
Top

Interesting! I also recently ran into a pot from Sado island... 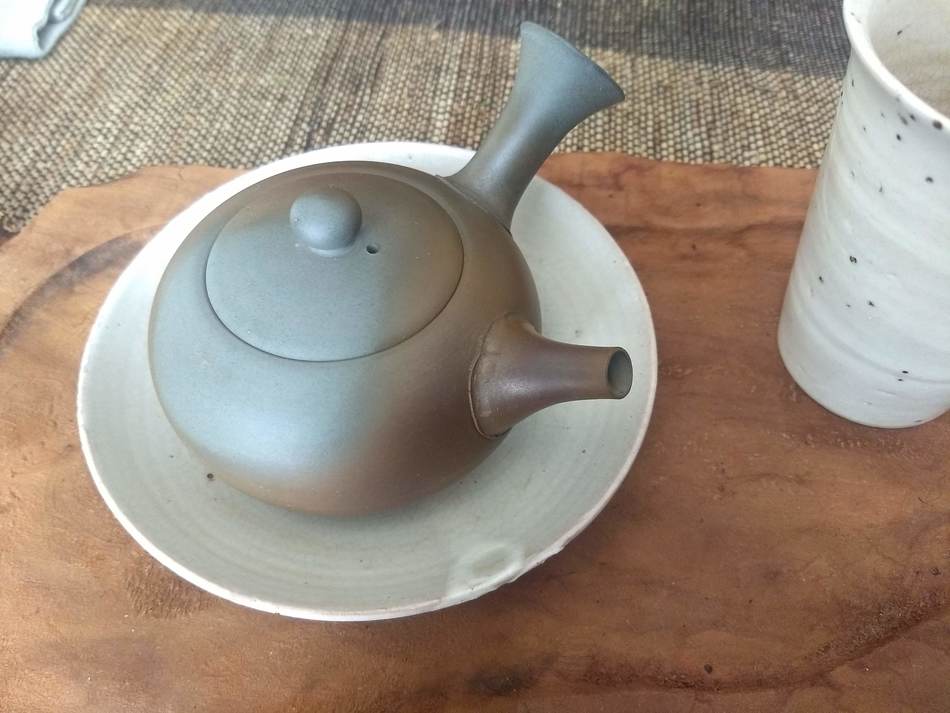 Thanks for the deets, @Bok! I’ll add those seals to my collection and mark them as Jozan Miura. Looks like there were three generations of Jozan Miura potters.
Top

Hello, really interesting topic. Just out of curiosity, can I ask what is the average price for jozan teapots today? And which one are most desired I-IV?

I saw Takeyoshi from tokoname.jp is selling or at least had in stock a pot from Sou Yamada, so he is representing the 5th generation of potters?
Top

I think I and III are probably the most desirable.

Sou is the cheapest as he doesn’t have the title yet.

Prices you can guess... check what a Yamada IV costs and backwards you can probably at least double it each time. Forget about Jozan I, that is museum level. Except Jozan II seems to be less sought after and can be found at good price. Still not cheap by any means.
Top

desirable from which perspective?

objectively, jozan iii is the most well known and most universally appreciated as he's a Living National Treasure. his fame has done a lot for the overall recognition of the jozan kiln. after that, i would say that yamada sou is the most visible because he is a contemporary artist. he's cranking out lots of pieces right now, and his work can be found in many galleries. the others are, in my opinion, less well known to the general public. jozan iv is next, with jozan ii and jozan i far behind.

jozan i is the most scarce. you can find jozan i works for sale sometimes, but frequently they're accidentally sold as jozan ii (and vice versa). it can be hard to tell them apart, especially if the tomobako is missing.
after that is jozan ii. these (and jozan i) are older works and are imho mostly purchased by tea nerds and yamada family fans who are already pretty familiar with jozan kiln.
next i would say is jozan iv. you can sometimes find his works for sale in galleries.
next is jozan iii. being the most famous, his works are very sought after by many types of collectors (even non tea drinkers probably).
yamada sou's works are the most available. he's young and active with works in many galleries.

in terms of being good teapots, their beauty, their functionality, and appreciation by tea nerds?

jozan iv pots are a real treat to use. true tea tools. possibly my favorite of the yamada family. tasteful works, and the spout design is the best of any teapot i've used, period. great pour and impossible to dribble down the side no matter what you do. remarkable.
yamada sou has very high technical skill and has inherited the spout design of his father (with slight stylistic changes that don't decrease functionality). sou's works are beautiful. look at his aoyu glaze for example. but i think i prefer the overall shapes of his father's teapots (but not by much), and also his father's pots are more collectible, so that's why i rank jozan iv above sou.
next is jozan iii. his works are beautiful, and his fame is well deserved. however, i prefer using the pots of his son and grandson.
finally, jozan i and ii are tied. they are well made pots, but i feel they are more for collectors than for tea drinkers. the only reason i have some by jozan ii (and am still on the hunt for a nice jozan i specimen) is because i want to complete the jozan collection. i rarely use my jozan iis to brew tea. for me, they're pretty much objets d'art more than tea tools. i suppose jozan i is more collectible than jozan ii however.

if you put my silly ranking systems above in terms of points and combine them, the overall ranking becomes:

just one datapoint: if you go to tokoname and look in galleries there...

sou: good pieces can go for a bit over 100usd. high end pieces for ~300usd or more (and highest price i've seen for a very nice piece was about 600usd at a western-facing online japanese gallery).

jozan4: cheapest i saw there was almost 500usd for something stamped (not hand signed). high end pieces (wood fired) were more in the ~1k range.

jozan3: ha ha, these are often in the thousands. in tokoname, cheapest i saw was close to 3k. high end pieces more than 5k.

i didn't see jozan 1 or 2 for sale in tokoname.


lUKAV28 wrote: ↑
Wed Aug 07, 2019 10:34 am
I saw Takeyoshi from tokoname.jp is selling or at least had in stock a pot from Sou Yamada, so he is representing the 5th generation of potters?

like @Bok said, no title yet since his father yamada emu (jozan iv) is still alive. but when he passes, sou will probably eventually call himself jozan v.
Top

Wow, @Bok and @pedant thanks a bunch! Maybe I shot these questions a bit impulsively as I was flicking through the thread and found it quite fascinating. I feel quite stupid now as I thought some of Hokujo’s work were on the higher end of the price spectrum (when talking Japanese pottery). I noticed Sou being mentioned quite a few times on this forum but I was never paying much attention — until now. Being the only one I can really afford I am definitely looking forward to get to know his work in person too

once I add the final piece into my Hokujo collection. Until then It will be quite an interesting read to get to know the family better.
Top

@lUKAV28in my opinion i save the money and skip another Hokujo. While I love them I don’t see much point in having several if budget is tight. I’d rather explore a different clay and style. Unless you wanted to go for wood fired Hokujo which can be expensive as well.

Bok wrote: ↑
Wed Aug 07, 2019 7:45 pm
lUKAV28in my opinion i save the money and skip another Hokujo. While I love them I don’t see much point in having several if budget is tight. I’d rather explore a different clay and style. Unless you wanted to go for wood fired Hokujo which can be expensive as well.

, I have his 200 ml kyusu which is great for senchas but would love to have a smaller one to try other teas in this clay too so will pull the trigger in a few days. I spent quite a lot for pots this year and am slowing down a bit. I was collecting mainly European artists particularly Jiri Duchek’s teaware and his experimental series of four different pots with four different clays he found on his property. I was buying some yixing too and now I am slowly returning back to Japan and in few months I will definitely add some Sou’s items to my collection. Because of this forum I learned that Japan has a lot more to offer than just tokoname and banko clay and I am thrilled to get to know them better. Thnx guys.
Top

@lUKAV28in that case I agree, a small size pot is always a good idea, 80-90 is Goldilocks, although I am not a fan of his backhanded designs, the side handle feels more natural. But that is a personal observation.
Top
Post Reply
75 posts