What Black Are You Drinking

I bought a variety of blacks from Yatra tea and I’m finally opening them....just in time for the opening of sparkling tea season as the weather turns warm. This conversation makes me happy!
Top

Actually, quite good, with a luxurious and oily mouthfeel. Lots of warming spices and dark fruits. Chocolaty with very present lychee. A warming tea on a warm afternoon 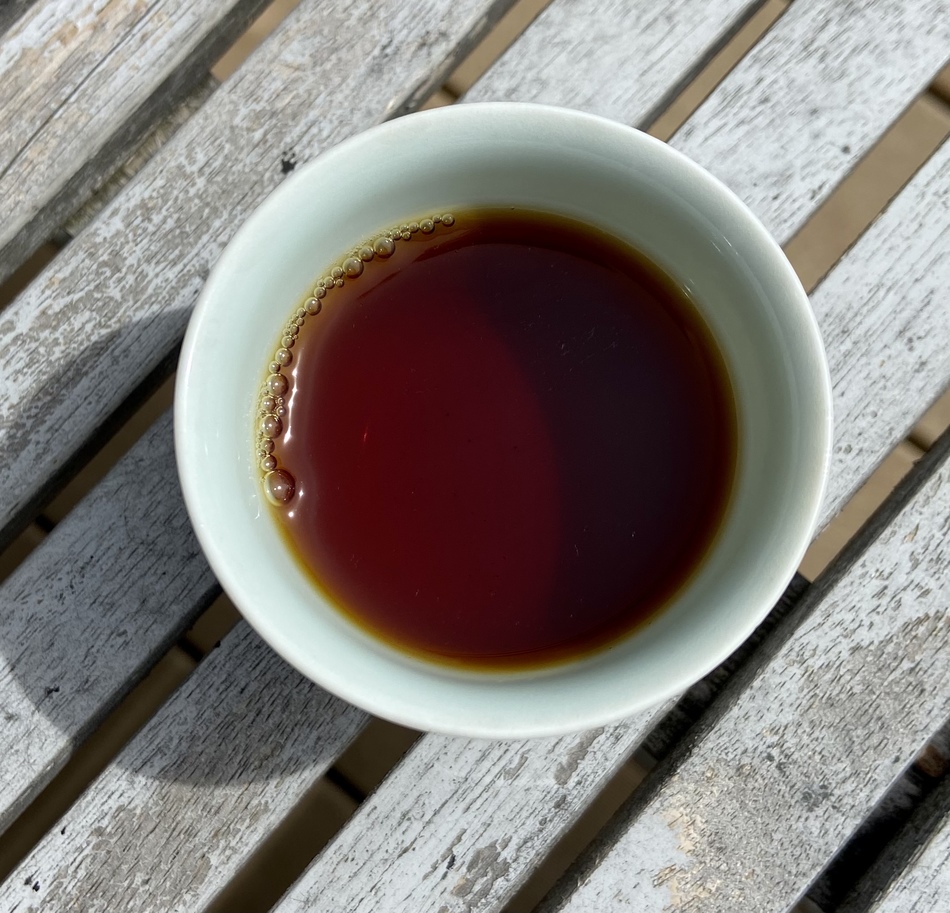 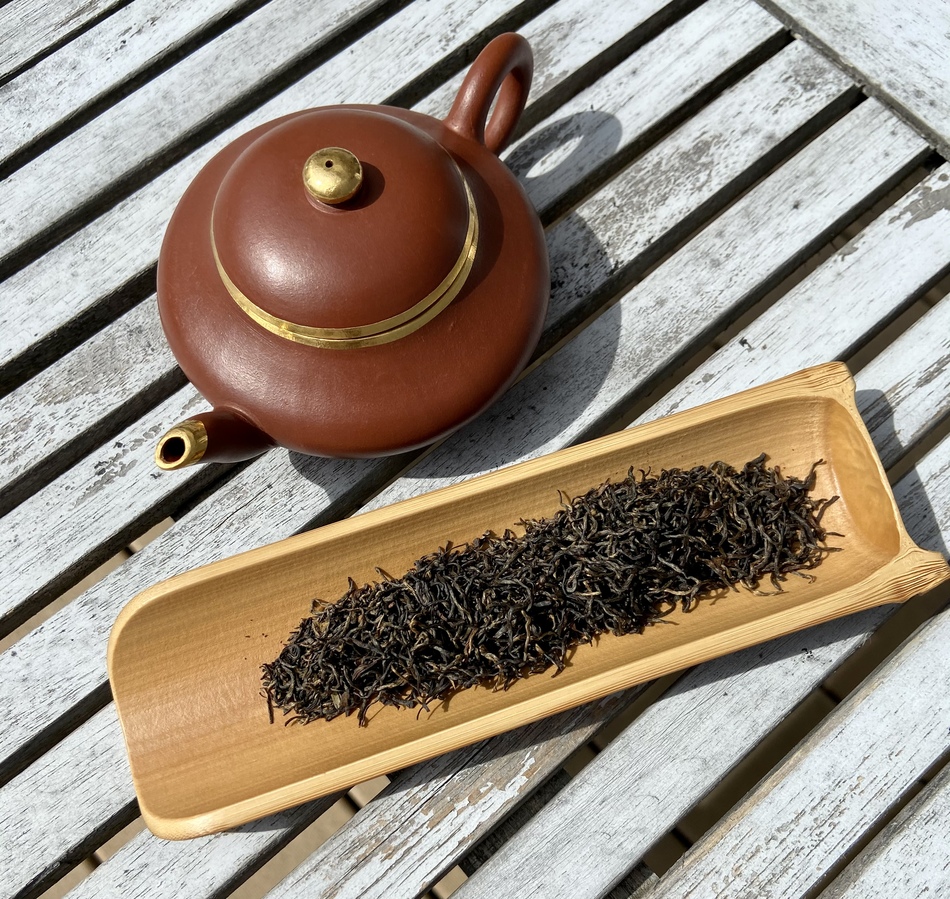 2020 Yuchi Wild Black Tea:
I haven't had that many black teas but I've been on a mission to try tea types that I haven't given much love.
This one was really good, nice complexity, tastes great and lingers for a long time.
The only notes I could pull out were cherries, cacao and something very close to a rum cake.
In between steeps flavors were popping in and out so it was difficult to pick up on everything
Top

Today it is Jiuqu Hongmei from a Hangzhou subsidiary of the Zhejiang Tea Group, ordered through Wing Hop Fung after fooling around with the ImportYeti Bill of Lading tracker and discovering that, for an American company, they direct-imported a lot of tea from the Zhejiang Tea Group. Imported doesn't mean the same as sold, sadly -- the higher-grade yellow tin I bought turned out to be from 2019.

I think that it was a demand for pre-Qingming longjing that got them into direct-importing, with the black tea more as a curiosity? The standard grade seems to sell better, as the one I received was an autumn flush 2020, so maybe a good choice if anyone likes or is curious about black tea from Zhejiang.

An interesting thing is that it has an English-language label and top, which is different than the standard version. Wing Hop Fung sort of acknowledges this in the listing for their standard grade, in that they keep the advertising material that has the original label with no English on the same page as their English-language export packaging version, even though it is for a different grade. (The standard version is "beige label" I guess, rather than white-label.)

Frustratingly, the Hangzhou subsidiary doesn't seem to have a website, so there isn't an easy way to verify "this is the English-language packaging" vs. "this is a counterfeit" other than that Wing Hop Fung direct-imports tea from the Zhejiang Tea Group and I imagine that selling the two side-by-side would cause problems for them.

*Edit: There was an image of the Chinese-language beige-label on the Zhejiang Tea Group's larger website, tucked into a product line-up, and it looks like the English-language version is doing a little color-inflation. 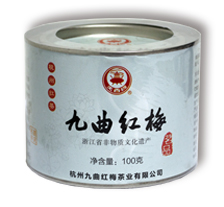 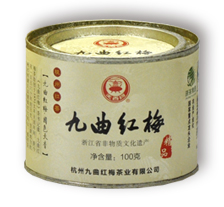 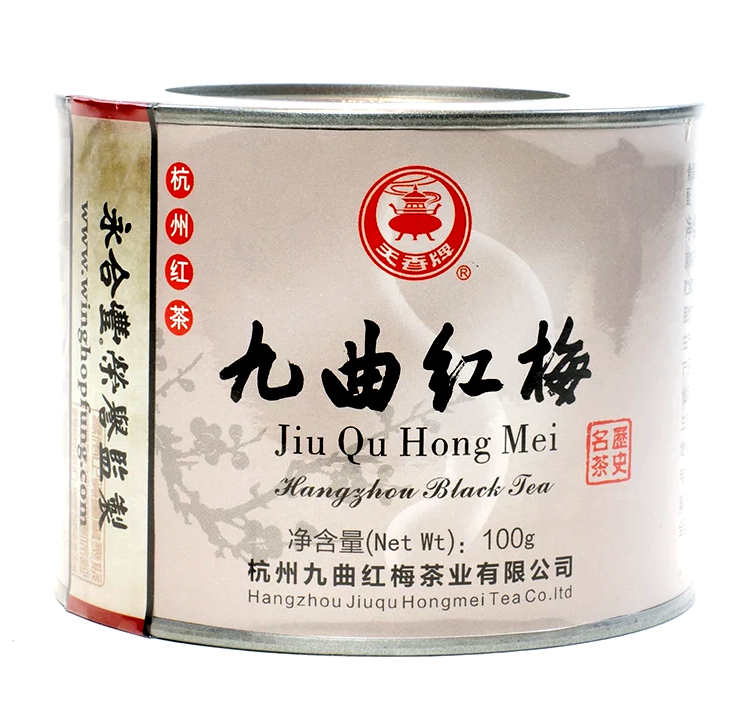 mbanu wrote: ↑
Tue Apr 13, 2021 8:39 pm
Today it is Jiuqu Hongmei from a Hangzhou subsidiary of the Zhejiang Tea Group, ordered through Wing Hop Fung after fooling around with the ImportYeti Bill of Lading tracker and discovering that, for an American company, they direct-imported a lot of tea from the Zhejiang Tea Group.

Wanted to try the lower-grade Wing Hop Fung Jiuqu Hongmei while it was still in the six-month window. It was superior to the 2019 high-grade tea in every way -- really blew it out of the water. Not that surprising, I guess, as at two years old the yellow-label would be tired even for a Chinese whole-leaf tea. Sometimes it is easy to forget this with the current online tea-marketing trend being to argue that tea never goes bad, so old tea must be good. Maybe I should try a side-by-side later to make sure I wasn't just lucky in my brewing today.
Top

Had some Ancient Spring from Whispering Pines Tea:

It tastes to me just like Lao Man E, sweet woods with herbs and spices. Heavy aroma, very good.
I might have to dig that green peacock cake out and try it again.
Top
Post Reply
397 posts