Peachy, floral, fruity Bai Mu Dan from Yunnan Sourcing today. Fortunately several year old white tea can still be delicious, because I bought white tea from several sources about the same time last year and the weekend's tea chest organization brought home how much of it there is....
Top

Castleton Estate first flush 2018 White Darjeeling from Yatra Tea Company, newly opened sample. My first shipment of samples from YTC got caught up in my tea overflow last summer and sat....and sat. But its time has come.

debunix wrote: ↑
Thu Jun 03, 2021 11:50 am
Castleton Estate first flush 2018 White Darjeeling from Yatra Tea Company, newly opened sample. My first shipment of samples from YTC got caught up in my tea overflow last summer and sat....and sat. But its time has come.

Good to hear it is still tasty. I still have Thunderbolt’s Castleton Moonlight Imperial, 1st flush white from 2019 and 2020 (not Imperial). Both are still very good. Sadly, still not seeing very much 2021 1st flush White Darjeeling, I was hoping to get it very fresh this year to compare with past years.
Top

Because I have often tossed some Bai Mu Dan on orders from new-to-me online tea shops, I have an abundance of BMD to sparkle and chill this summer. Excellent!
Top 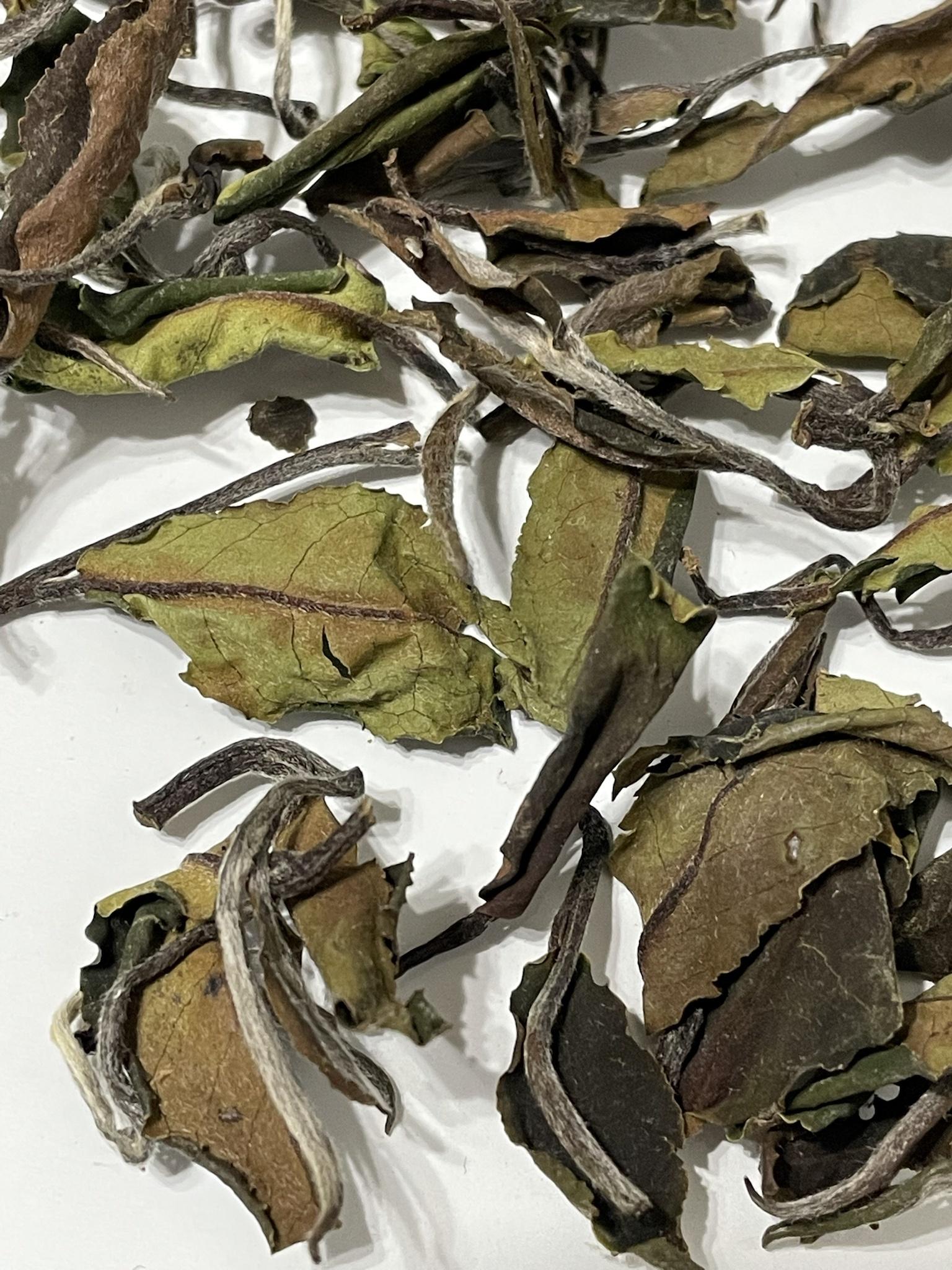 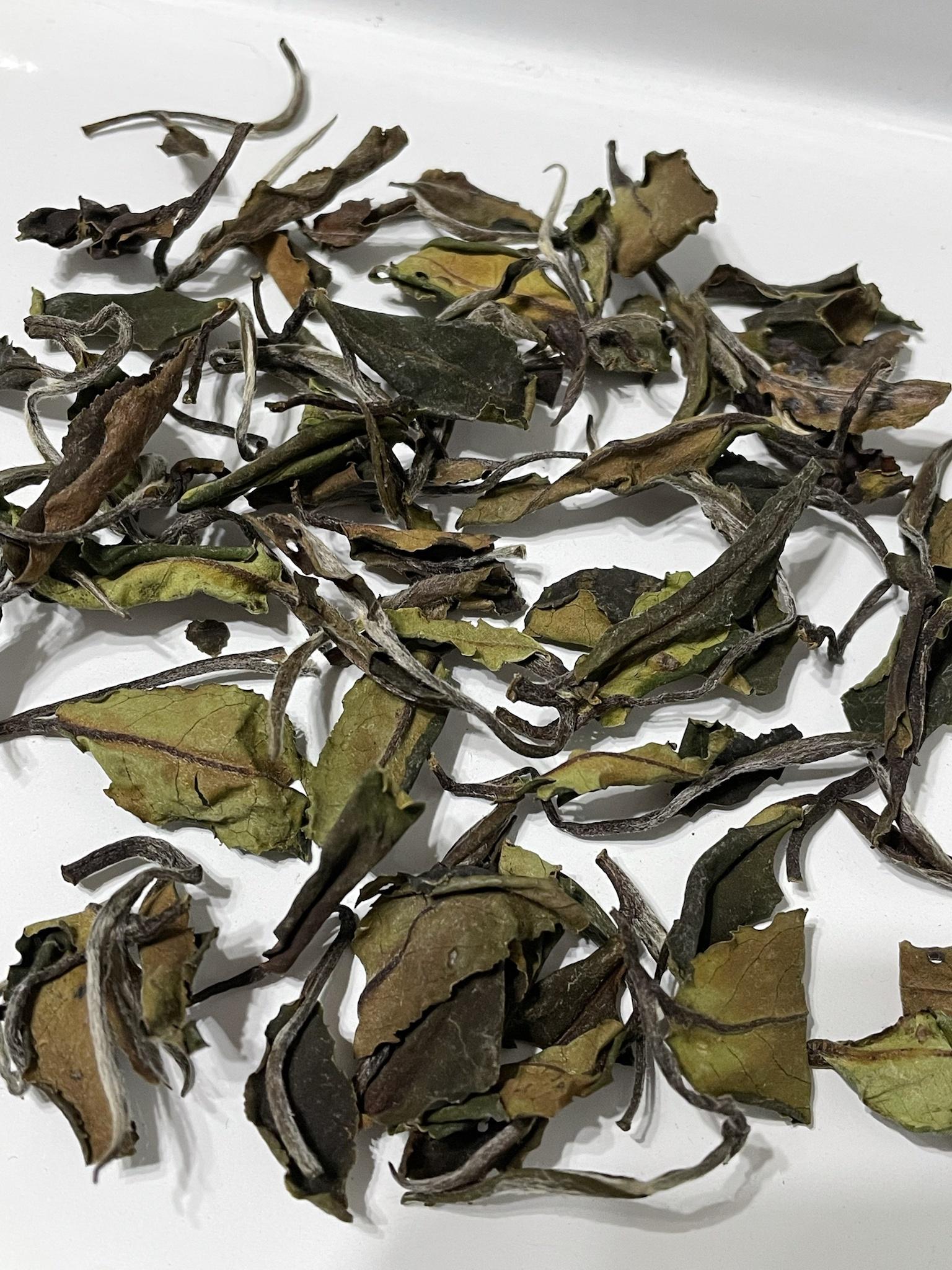 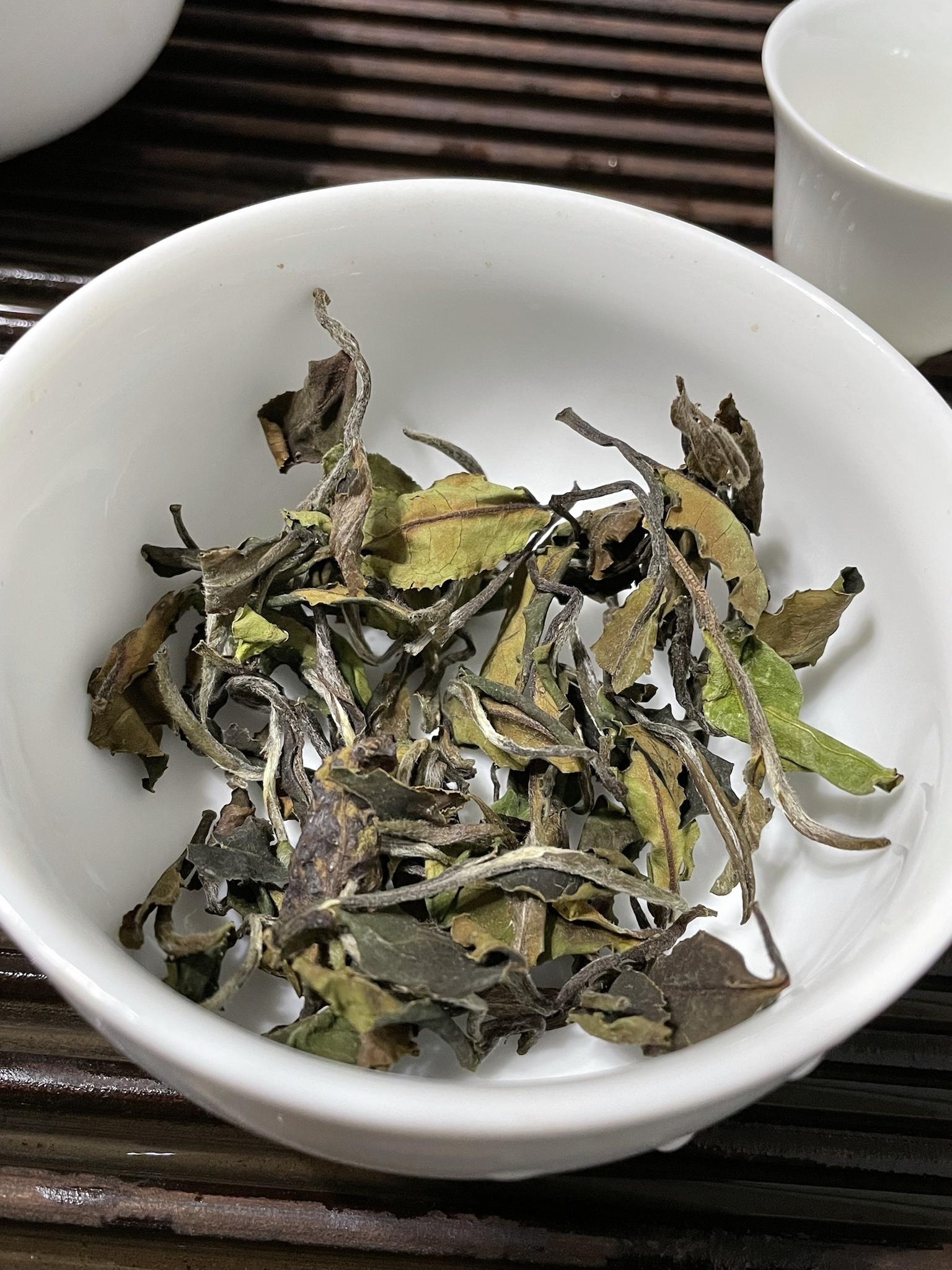 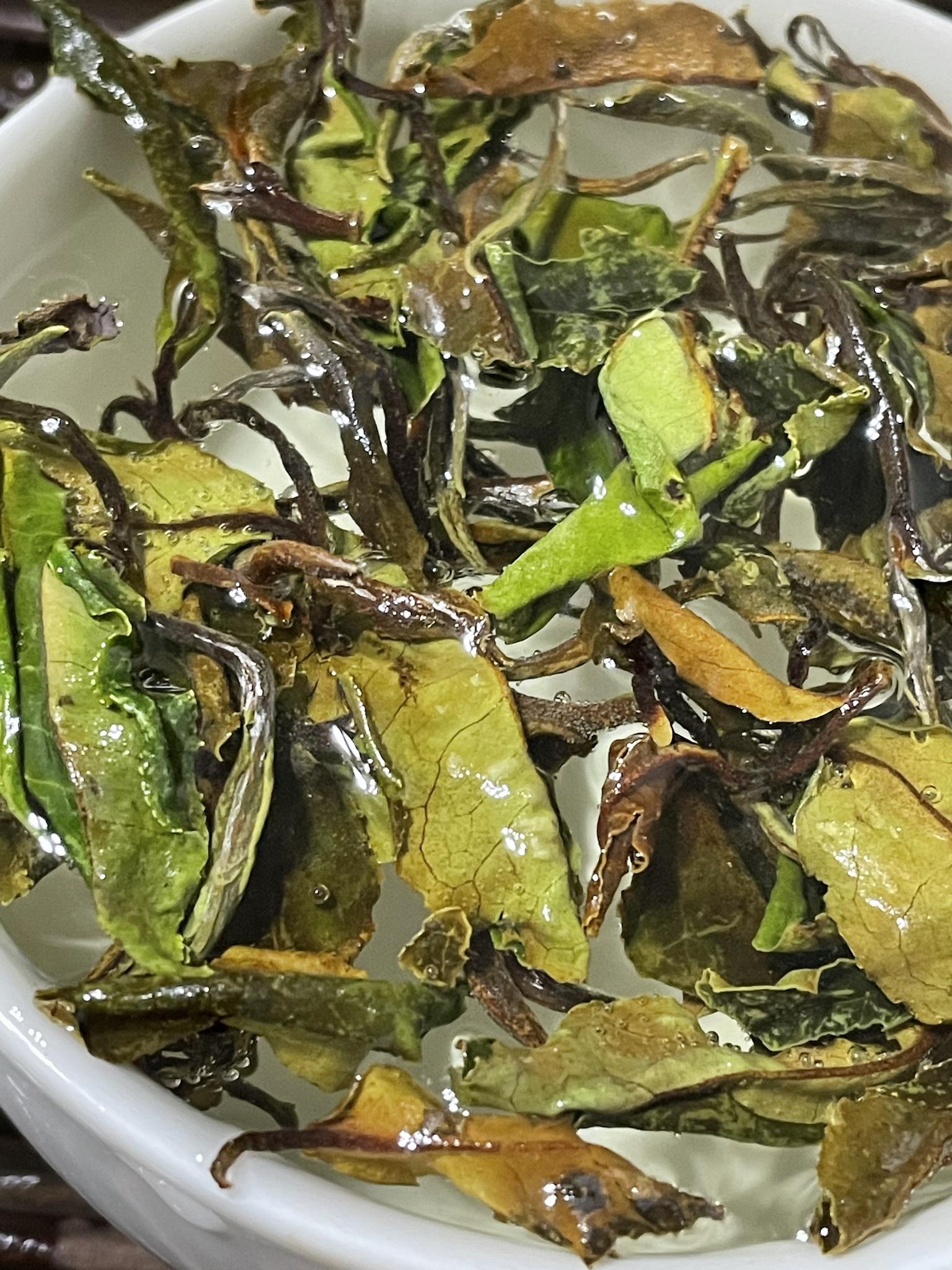 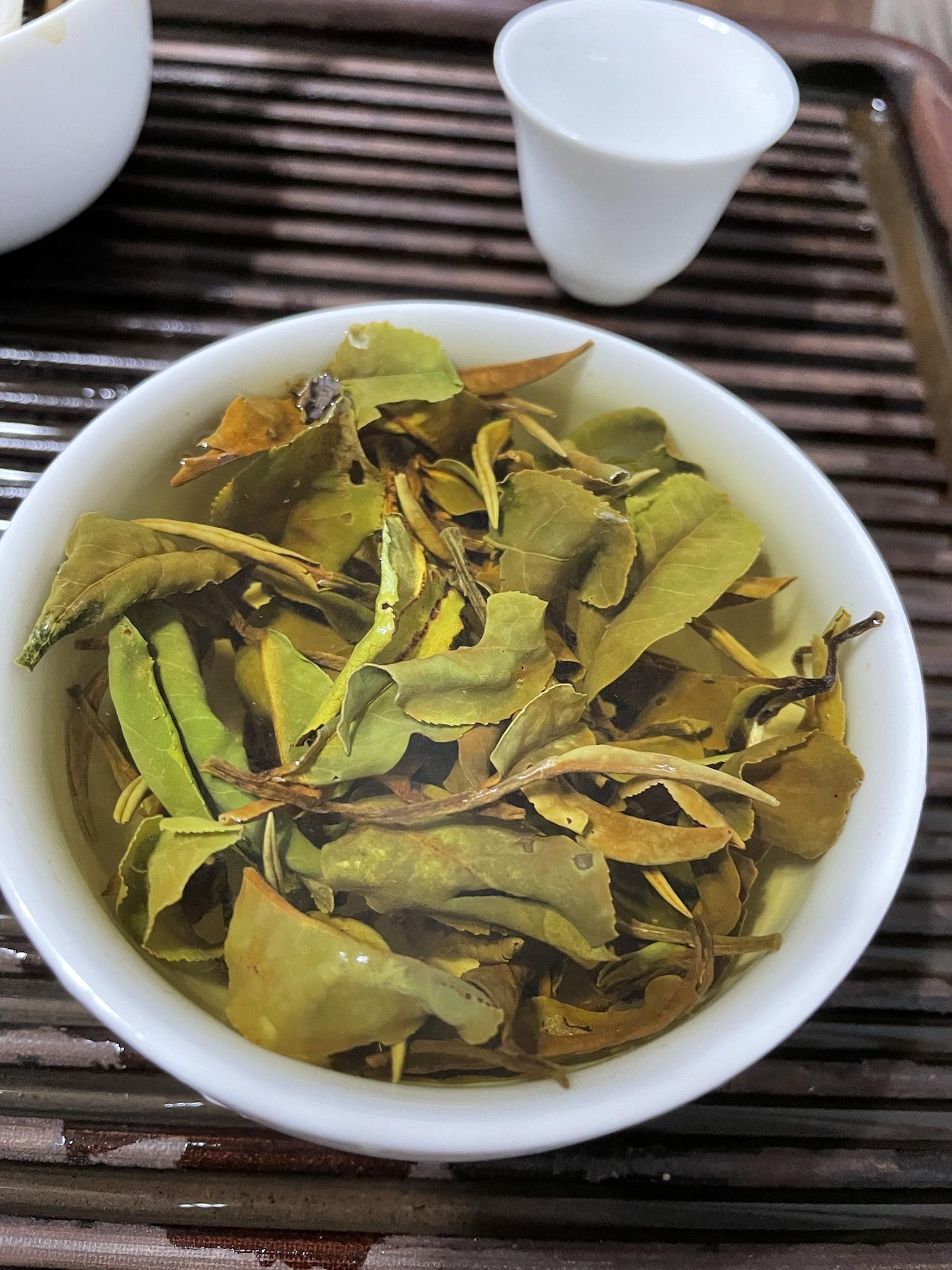 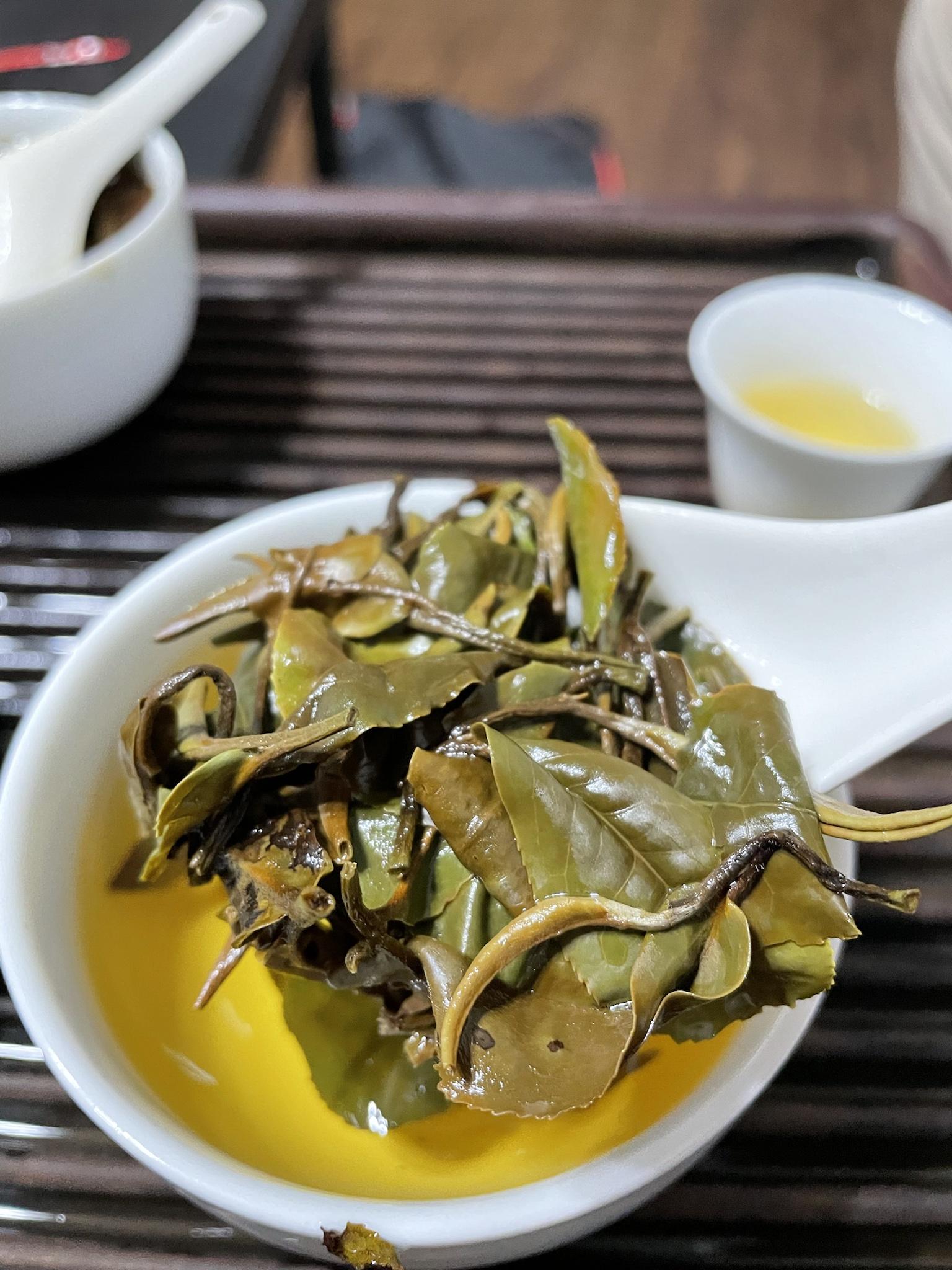 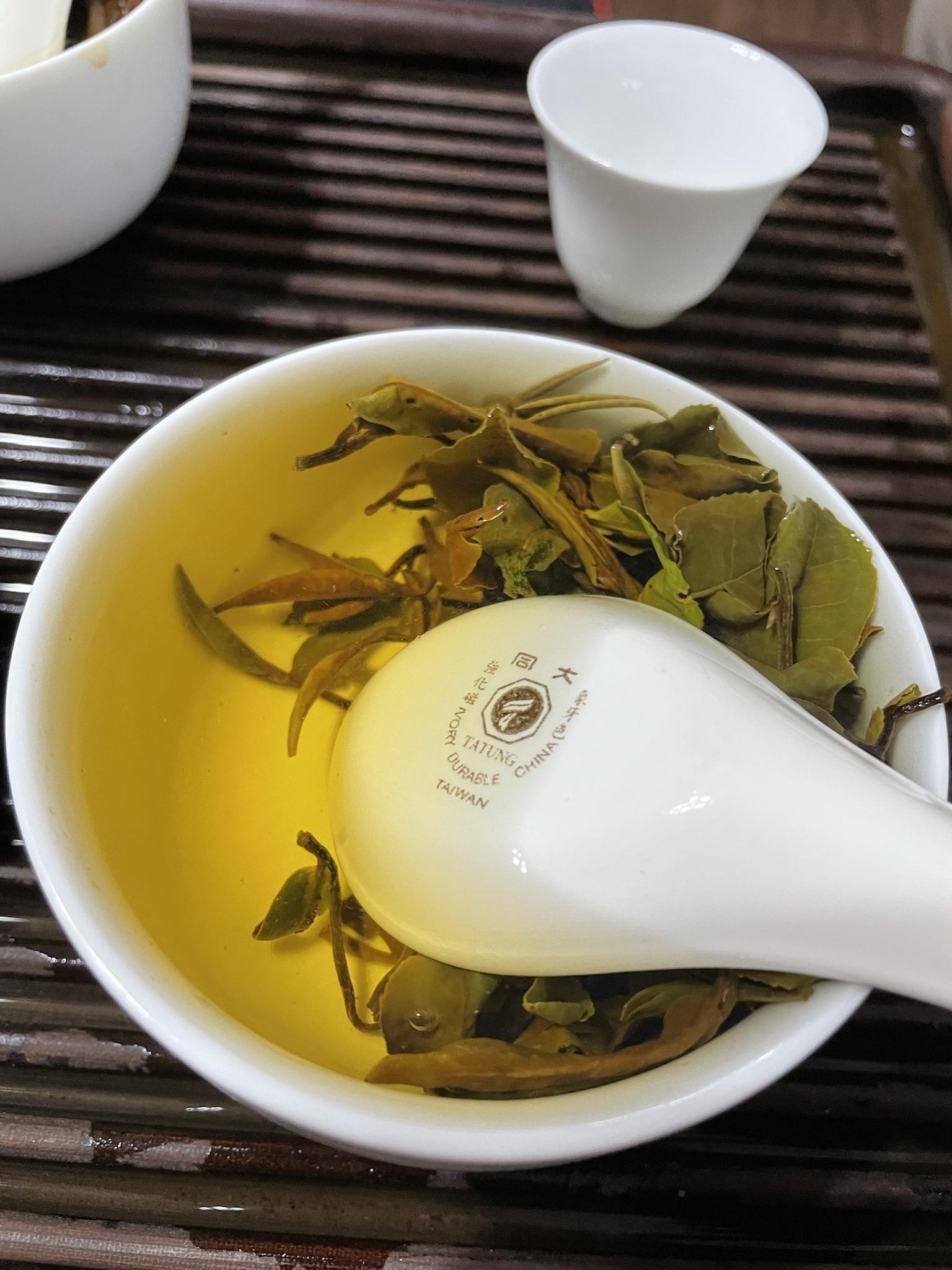 After a few years, it has lost its youthful aromatics for sure. I am told this is not the type of tea that ages well. 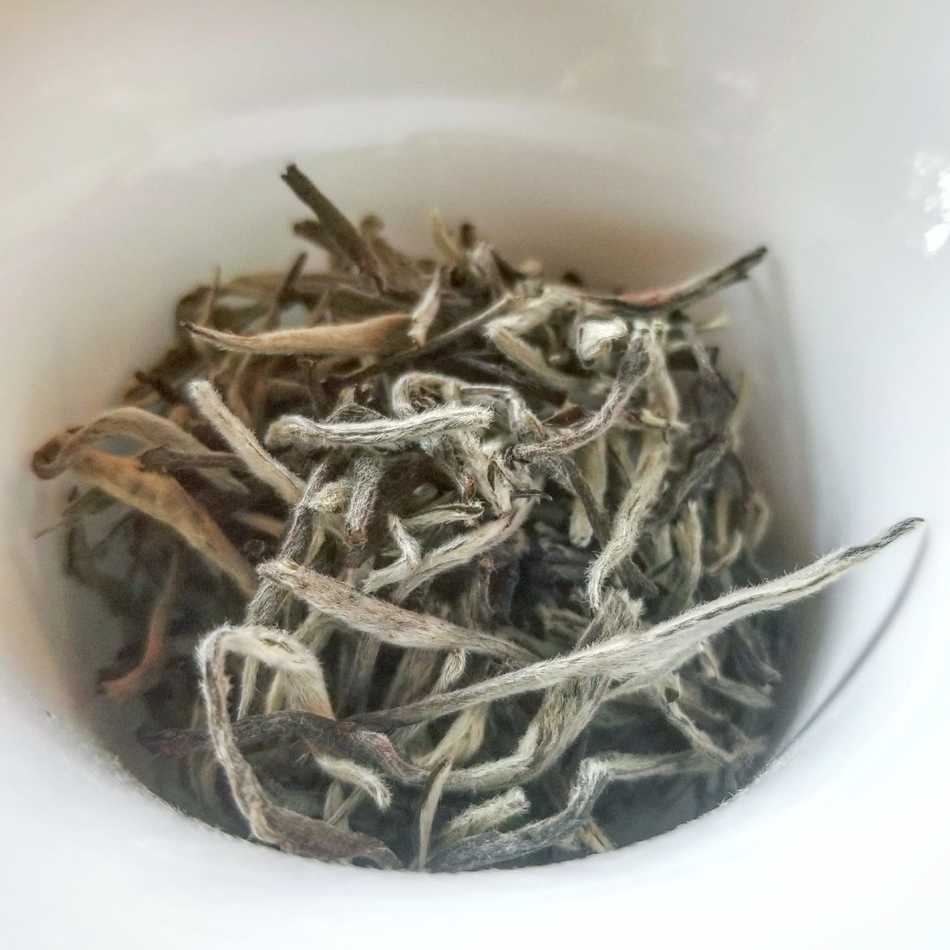 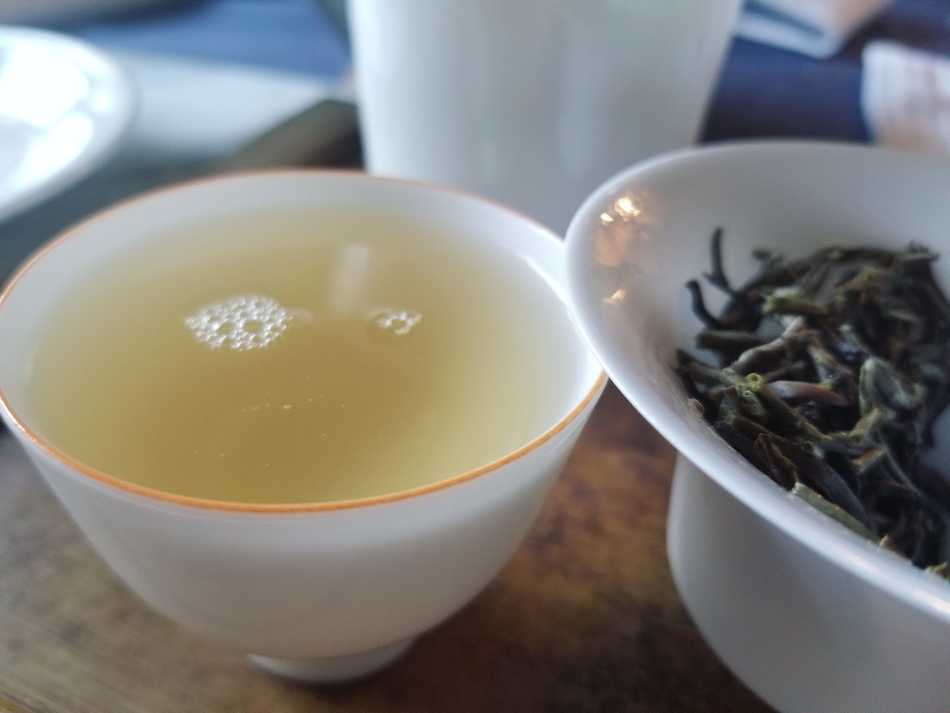 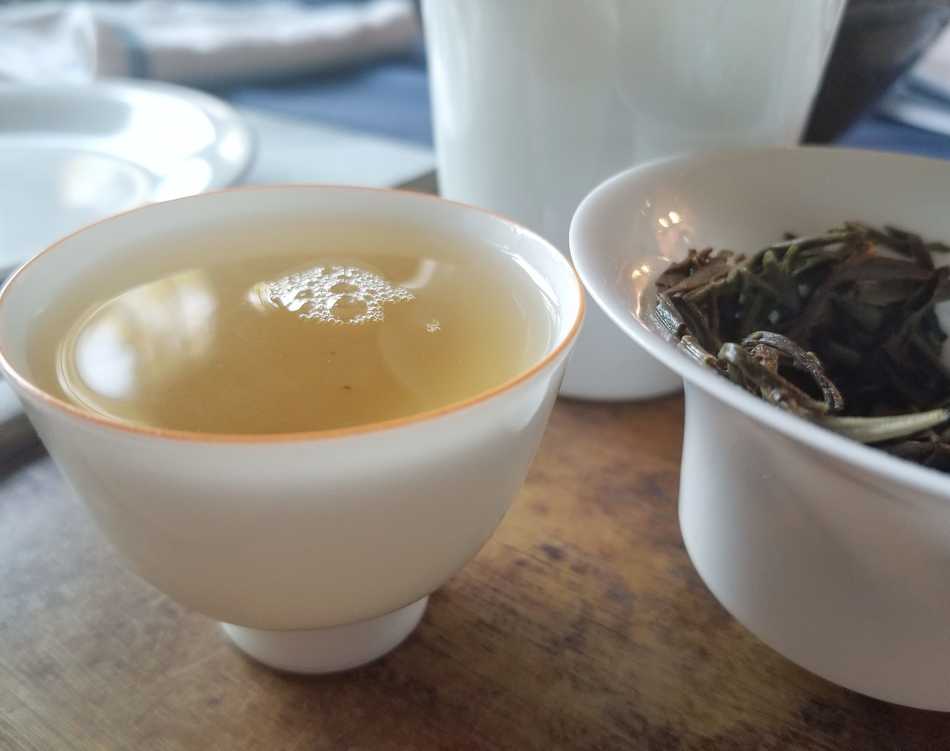 So is it okay? This tea is very thick brewed with relatively casual infusion times. It is honey sweet and still has a little bit of fresh fruit character. There is also an odd note of petroleum which is fine I guess. Feels like I am taking shots of whiskey though. TGIF 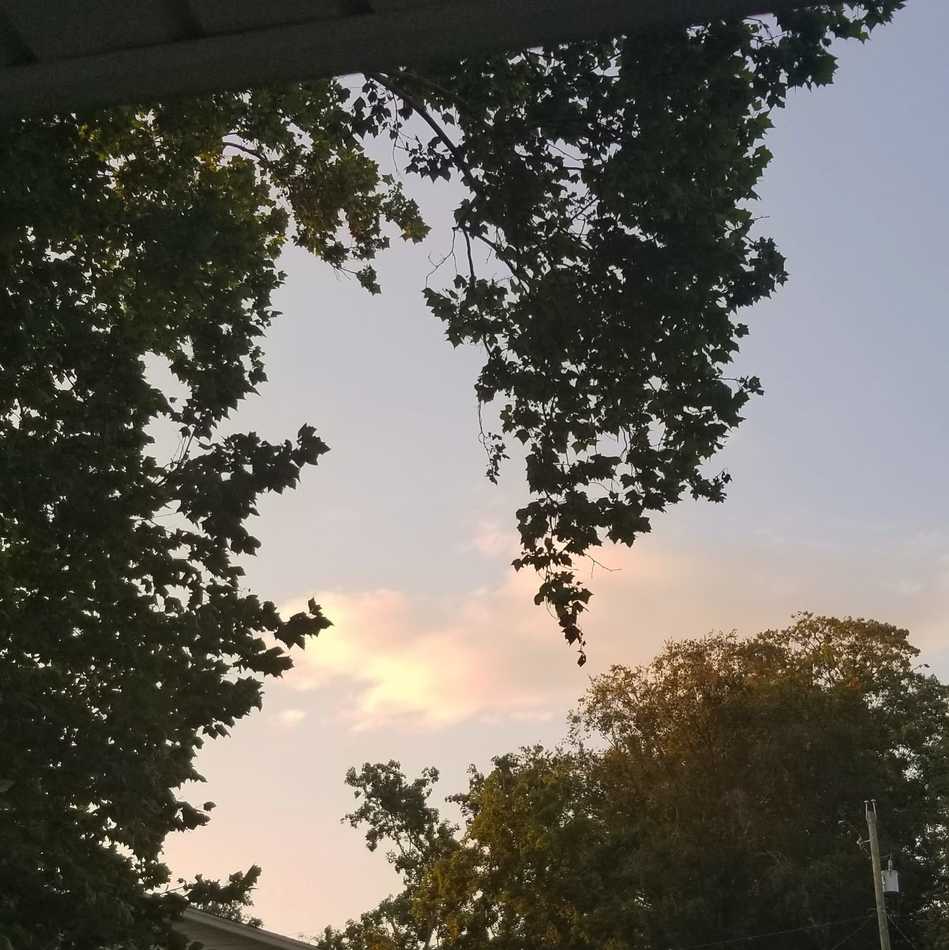 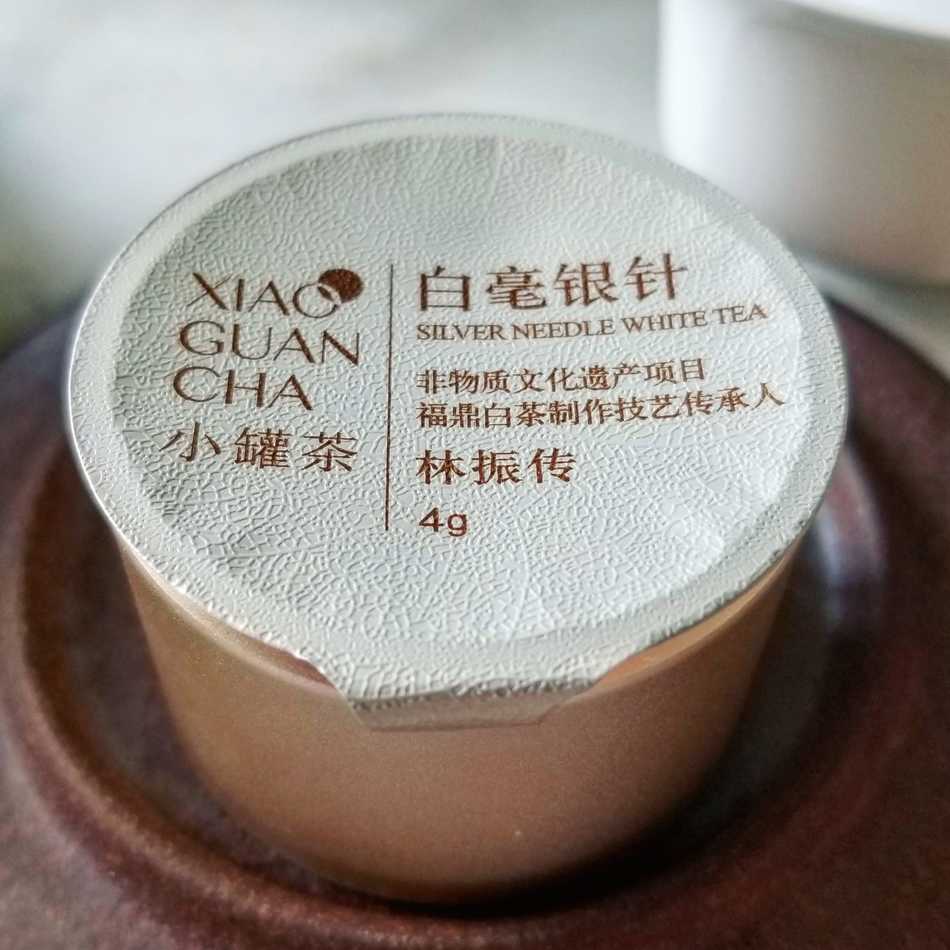 This company became in/famous in China for heavy handed advertising- and was founded by a guy who made loads from tech startups. His marketing approach has been compared to those taken by some smart phone companies: brushed shiny metal designs that look like apple gadgets - and tons of ads that look like those for lux jewelry.

Here is the Chinese site describing the tea:
https://www.xiaoguantea.com/index.php?r ... nzhenchuan

Here are some google translated images from the site: 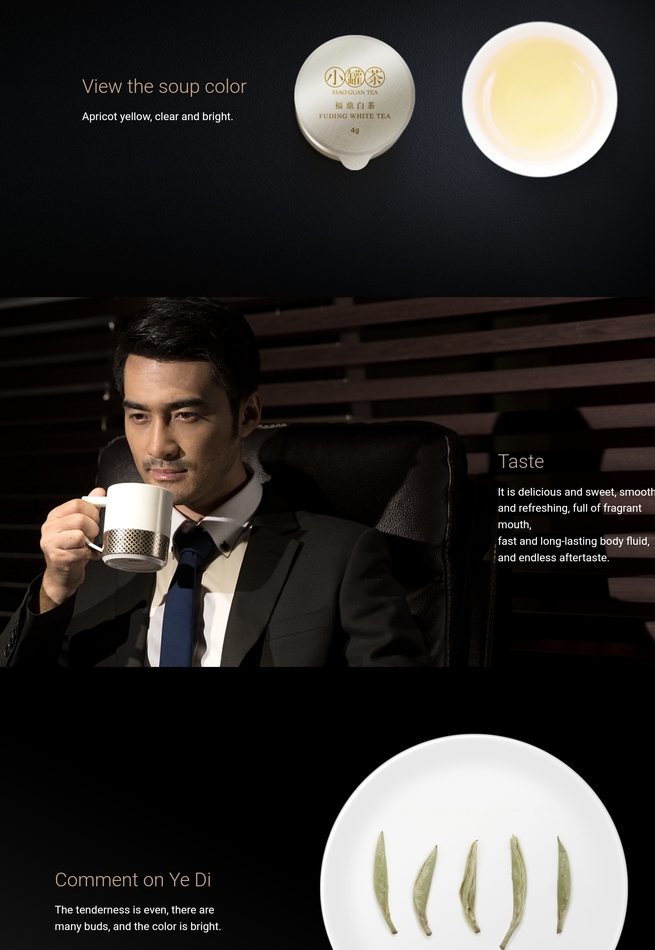 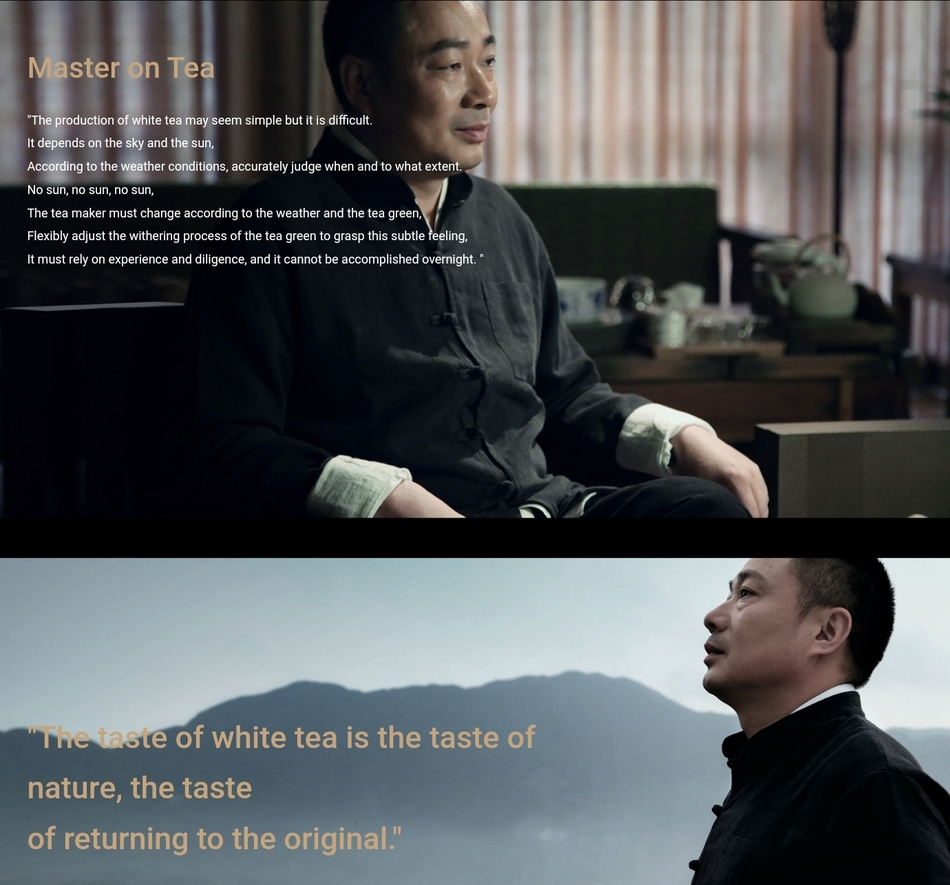 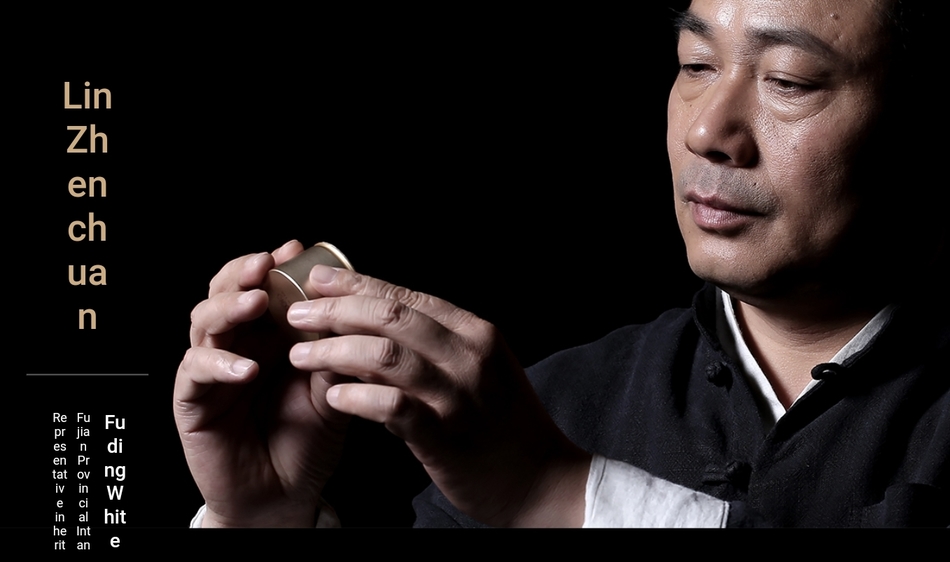 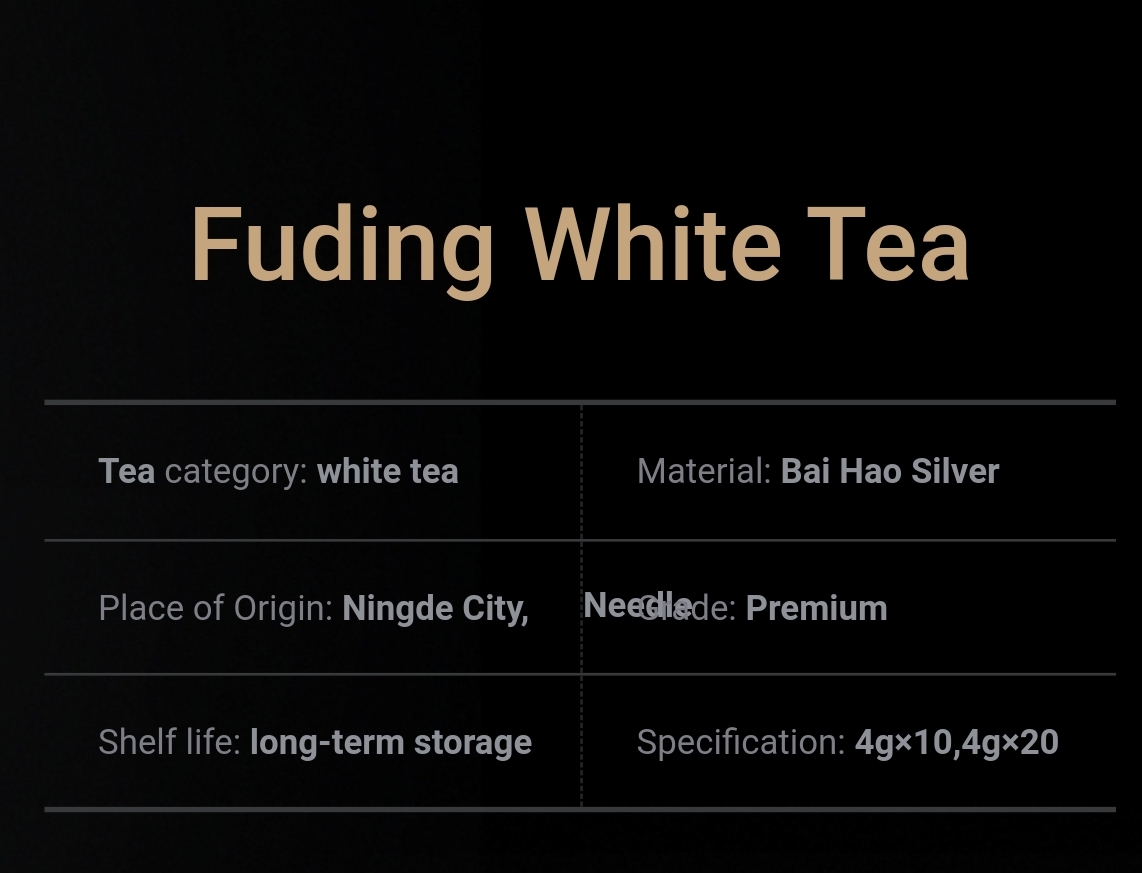 
So does it live up to the hype?

Opened up a canister and was greeted by a very strong fruity scent: 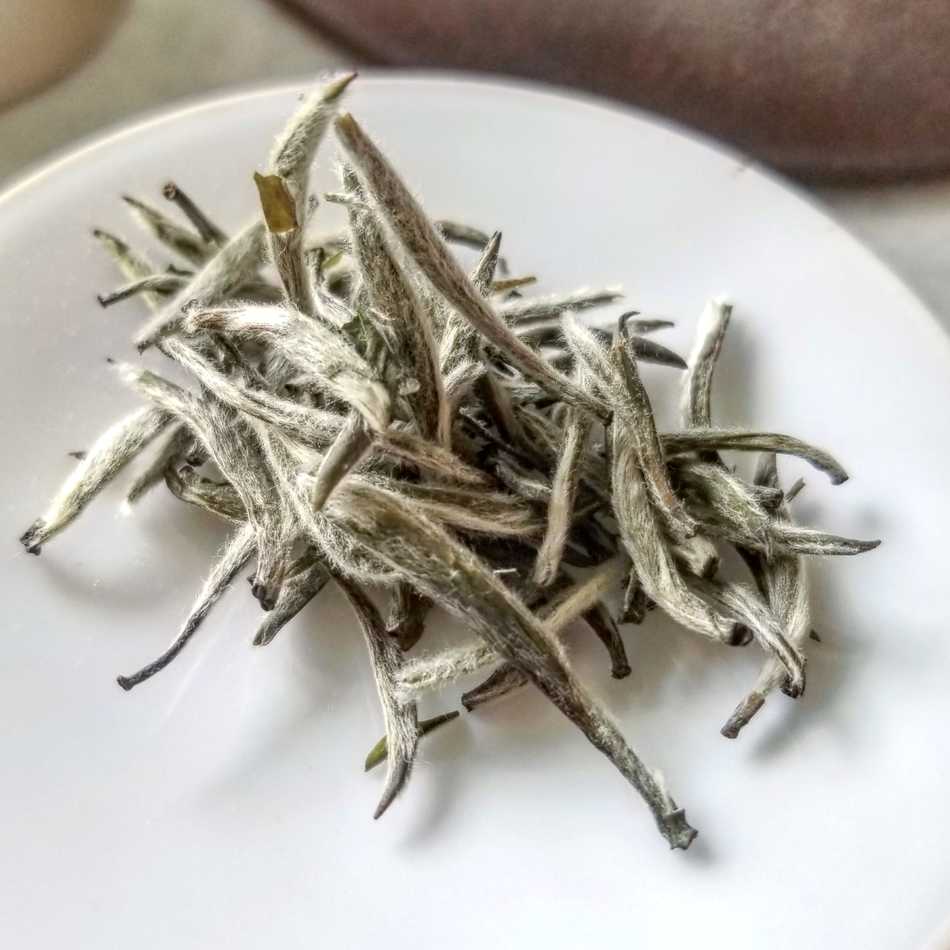 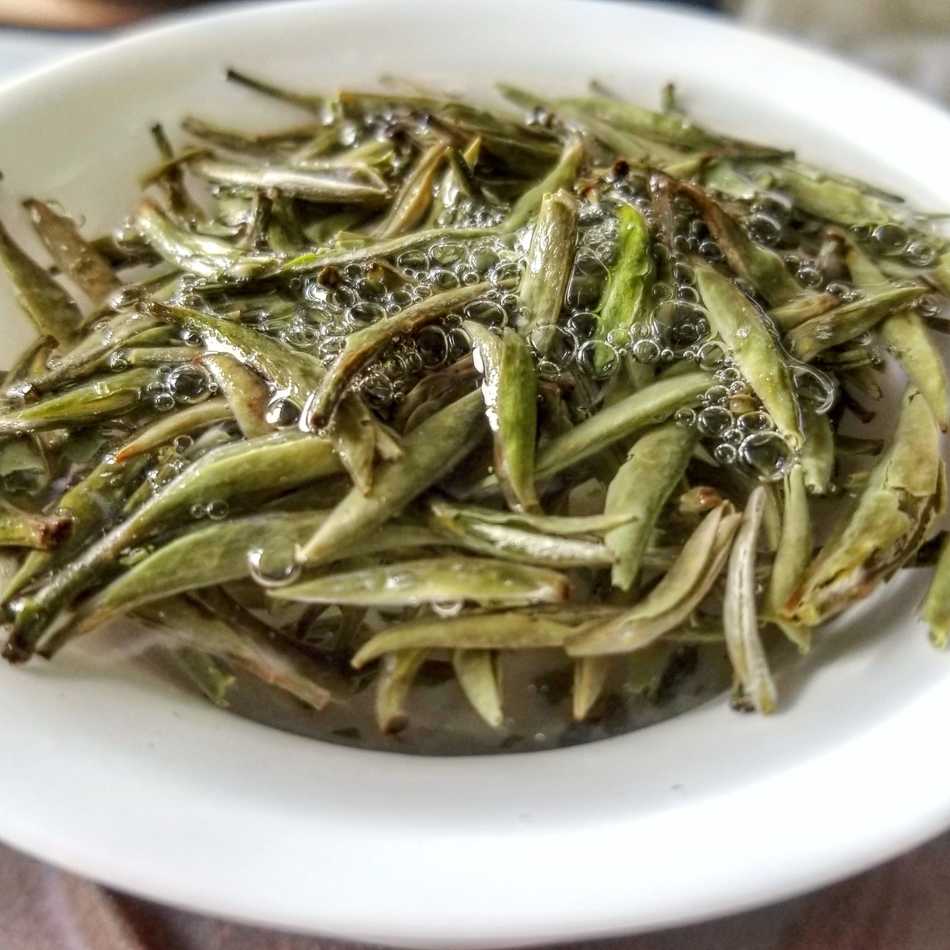 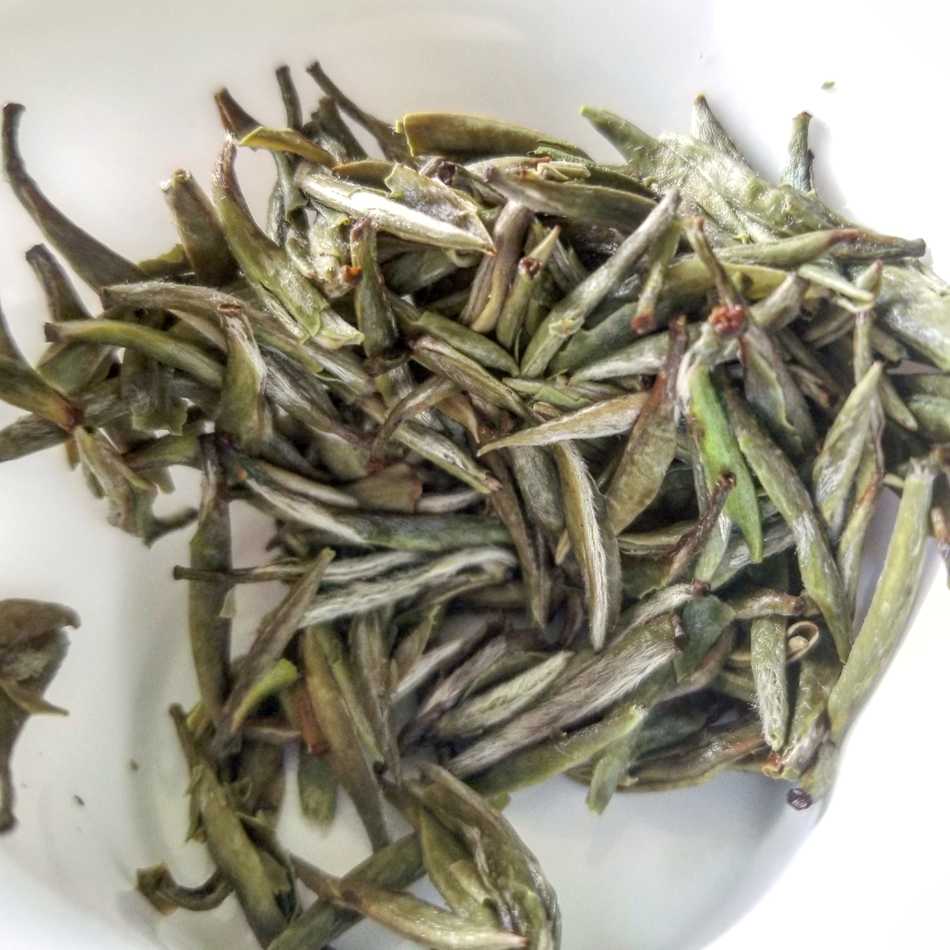 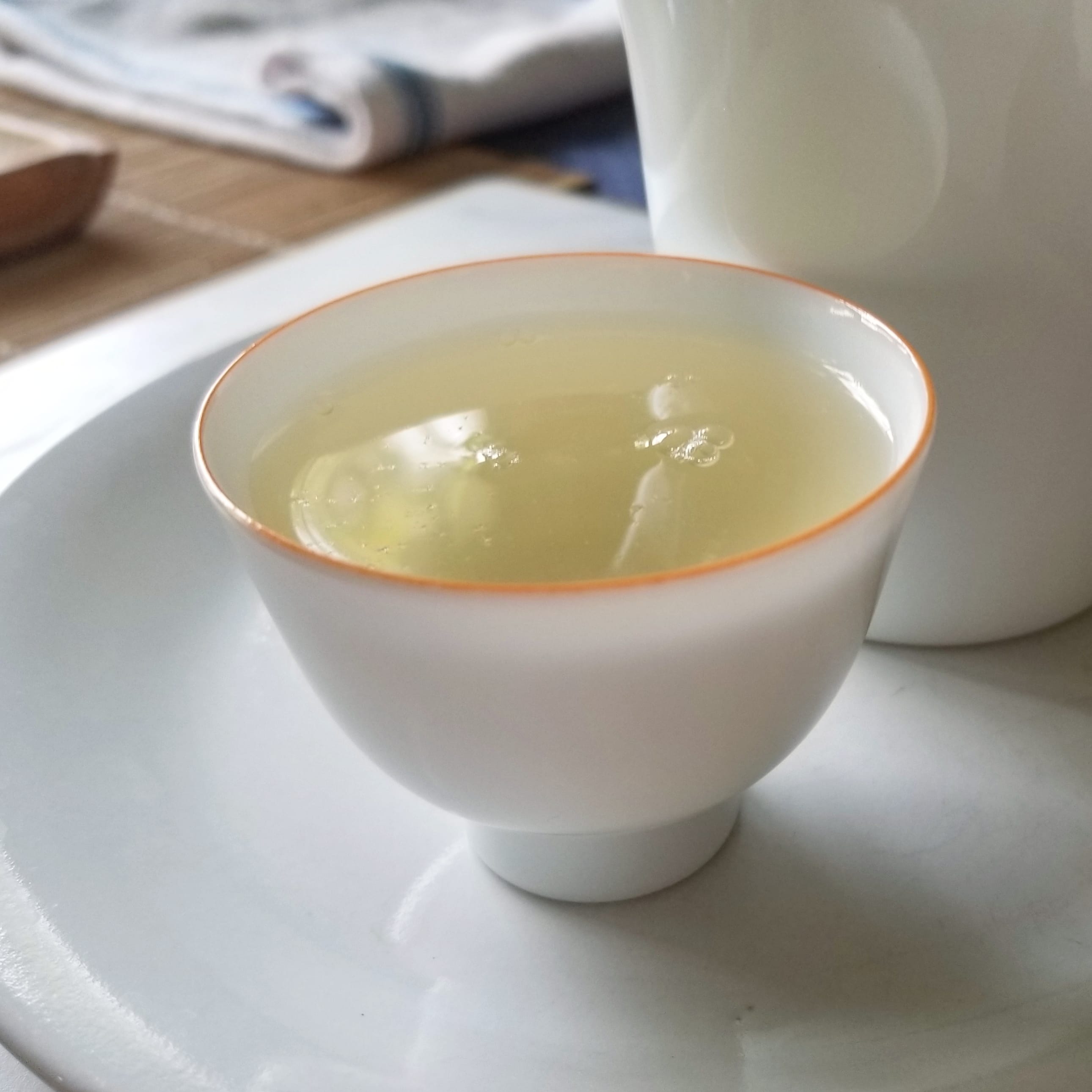 
This tea brews out for a looong time.

The tea soup is very thick and smooth. And it remained thick for at least 10 infusions! The texture is very nice.

The tea soup is a bit floral. The taste is slightly fruity and honeyed as expected for this kind of tea. There is a nice muscatel note. It is also a bit woody.

However, the tea has an odd barnyard note - it is mild but present. The aftertaste is also very short and drying in a way that reminds me of medicine pills (not particularly pleasant). Overall, there is an odd impression that this tea is not "good for me" that it is dirty somehow. It is hard to describe this, but the impression can be compared to drinking a diluted honeyed liquid that's been cooled in the fridge: the result is a thicker, cool and sweet texture that is also somehow off. Maybe I am getting spoiled by drinking so much clean Taiwanese tea recently..
Top

They really go heavy handed on the marketing. The material looks good to me, yet pushing the marketing this much for white tea is super overkill.
Almost like they aren't going to rely on the tea itself but push an image of sophistication. They might as well be selling cigarettes

.
To me the packaging looks like coffee they put in hotel rooms.
Top

klepto wrote: ↑
Sun Aug 15, 2021 2:33 pm
They really go heavy handed on the marketing. The material looks good to me, yet pushing the marketing this much for white tea is super overkill.
Almost like they aren't going to rely on the tea itself but push an image of sophistication. They might as well be selling cigarettes

.
To me the packaging looks like coffee they put in hotel rooms.

Hahaha my intention with that post is also to showcase how some china facing vendors market to the status and brand chasing segment of newly wealthy Chinese consumers.
.
Top

A very agreeable shoumei from Yee On Tea. I think this might be a blend, as it is suspiciously tippy for a shoumei. Forgiving brewing requirements and a consistent flavor makes it a good brew-at-work tea for me.
Top

mbanu wrote: ↑
Mon Aug 16, 2021 9:25 am
A very agreeable shoumei from Yee On Tea. I think this might be a blend, as it is suspiciously tippy for a shoumei. Forgiving brewing requirements and a consistent flavor makes it a good brew-at-work tea for me.

Have you been aging it?

This review on the site is interesting. Is it really a smoke fest ? 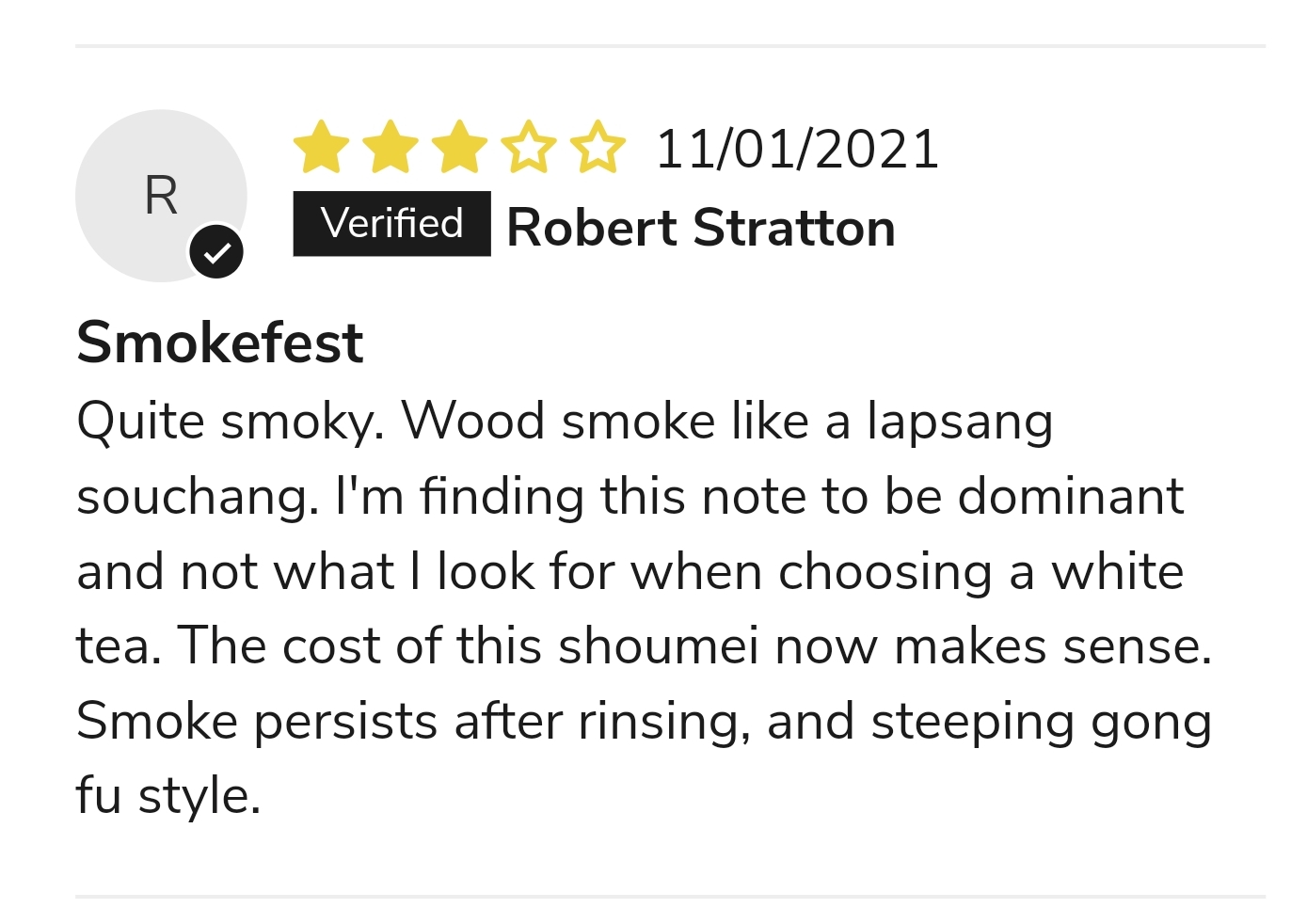 I didn't find it smoky, but I've been doing gaiwan-brewing rather than gongfu brewing. No aging, although I am lagging in my drinking habits -- I've had this shoumei for around 9 months.
Top

Brewed my sample of bai mu dan from hojo


Pushed it with 5g in 85 mL - boiling water starting with flash brews. It is a very nice tea with surprisingly thick body: the tea soup from the beginning is buttery thick that brought to mind butternut squash. The aromas were very herbal..and maybe even a little like weed. As steeps progressed, the tea develops sweet fruity notes like apples and some muscatel that reminded me of second flush darjeeling. The tea lasted many many steeps - the body was thick even after 6+ infusions

We selected one bud and one leaf from tea trees grown at high mountain around 2100m in the South West of Lincang, Yunnan About three years ago, we have decided to shift the production of loose white tea to Yunnan. Spending a few years’ time, we have searched for the ideal source of material and conducted series of experiment to optimize the process. We studied each processing parameter and optimized each step of the process.
Now our strength is that we are able to produce the white tea by ourselves with the material we particularly selected and follow the quality standard we set. So, we do not need to depends on the manufacturer who normally targeted the mass production for commercial market. There are a few styles in making white tea. In Fujian, the white tea undergoes the final drying process with hot air in order to bring up the sweet scent and at the same time, to reduce the greenish note. However, we wish to minimize the usage of heat so as to maximize its natural floral bouquet. Therefore, our Bai Mu Dan only undergoes natural withering process without further heating. It gives multi-layer of refreshing floral note with soft and smooth drinking sensation.

Hello !
I brewed some Silver Needles yesterday, still getting to know this tea and how to have the best out of it.
So I'm still doing some tests on the brew and all of the other parameters !
Have a good day ! 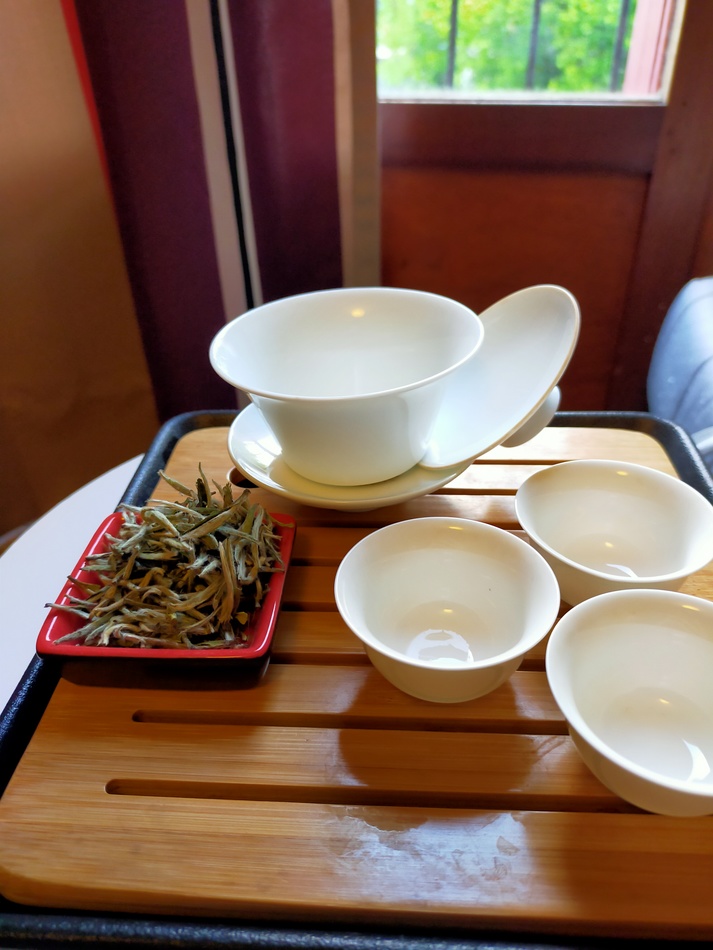 Enjoying Premodern Peony from Tea Hong out of Hong Kong -- brews up nicely when left in a gaiwan. Supposedly produced in 2011, although it has a mystery provenance, so it could be something else. On my list of things to do is to try a side-by-side with the Aged White Peony from Silk Road Teas, which is from 2001 and has a much better provenance (although California storage conditions are quite different from Hong Kong). Still not sure what is driving me to drink these old white teas -- some of the worst teas I've ever had have been old white teas. Probably the same compulsion that lead to putting a Red-A plastic lampshade on the bulb in the cellar, a fascination with Hong Kong cultural products.